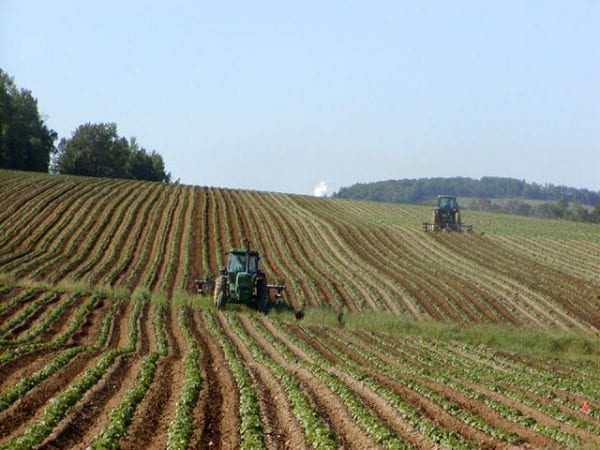 It’s budget season in Washington. D.C. and while there are some obvious hurdles, there is work being done to get Congress to come up with a budget that works for both chambers. The House will begin work in committee next week, and though the Senate has delayed work until April, there is still hope for a bicameral budget deal. There are many things that the Taxpayers Protection Alliance (TPA) would like to see (and not see) in any budget deal. There should be a clear line on spending caps, there should be no earmarks, and there should be an effort to reduce spending wherever possible both on defense and domestic sides. One particular area where TPA and others believe there is opportunity for reforms that include reduced spending is the Crop Insurance program. President Obama’s budget, while mostly political optics, did include some meaningful reforms to the Crop Insurance program. These reforms would save $18 billion over the next decade. With that in mind TPA signed this letter, in an effort led by the R Street Institute, urging Congress to adopt the reforms when putting together a budget deal.

As taxpayer and environmental advocates, we write to express our unified support for the cuts to the federal crop insurance program outlined in the president’s budget. Though our views on public policy frequently differ, we find common ground in our strong desire to rein in the highly subsidized, poorly structured federal crop insurance program in ways that protect both taxpayers and our nation’s most sensitive lands.

In an effort to save $18 billion over 10 years, the president’s budget takes aim at two of the crop insurance program’s most egregious offerings – harvest price option and prevented planting policies.

Harvest price option policies, frequently called the “Cadillac of crop insurance,” dramatically waste taxpayer dollars by covering farm losses at the higher of either the price locked in when the policy is selected, or at the going market rate for the crop. Depending on market fluctuations, farmers are able to come away with even more resources than they originally deemed necessary to ensure their farm stays in operation during a bad crop year.

These policies are more expensive and result in higher and less predictable payouts by taxpayers. Despite those increased risks to taxpayers, these premiums are subsidized at the same rate as less generous policies. Overly generous insurance policies also lead to over-planting, putting sensitive lands at risk and resulting in even further taxpayer losses due to environmental degradation.

The president’s proposal to reduce the subsidy for HPO policies by 10 percentage points is a very small step in the right direction. It will force agribusinesses to make more reasonable choices when seeking taxpayer support. While further reductions of these policies’ subsidies would be welcome, saving $1.69 billion per year is an acceptable starting point for scaling back this egregious use of taxpayer dollars.

The president’s proposal to limit payouts in prevented planting policies, which would save $1.1 billion over 10 years, also will force more rational decision making at planting time. Prevented planting policies are triggered when farmers are unable to plant due to adverse conditions. This encourages farmers to plant on riskier lands, such as wetlands, that are better left untouched.

There were 65 counties where claims on prevented planting policies were generated every year from 2000 through 2013. Over the same period, 61 percent of the program’s payments stemmed from 195 counties in the Prairie Pothole Region, where seasonal spring flooding is the norm, not the exception. Rather than protecting against unexpected conditions, agribusinesses are using these policies to cash in at taxpayer expense when perfectly predictable poor weather keeps them from planting. Despite previous attempts at reform, a 2013 report by the Inspector General’s office found the policies still encourage risky planting, and thus, higher payouts.

Together, these two small steps begin to place a reasonable scope on the ever-ballooning crop insurance program. In 1990, federally supported crop insurance covered 90 million acres. By 2014, that number had grown to 220 million acres. The programs costs have exploded, in no small part from the lack of any reasonable restriction on what type of policy can be purchased.

While we would urge the Congress to go even further than what the president has requested, we do see this budget proposal as a starting point for bipartisan consensus to protect taxpayers from bearing unnecessarily high costs and to mitigate the environmental damage these perverse incentives create.