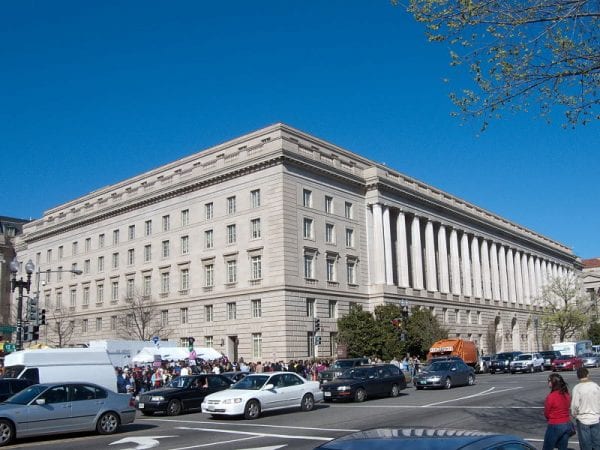 The Internal Revenue Service (IRS) has been criticized (rightfully so) when it comes to how the agency has been treating taxpayers and taxpayer information.  The Taxpayers Protection Alliance (TPA) strongly believes that the agency that enforces tax law should be working for the taxpayer, not instilling fear in them. Keeping that in mind, combined with recent revelations of just how widespread the IRS targeting scandal was, TPA sent this letter, signed by over 90 organizations, to the House yesterday calling on Congress to support H.R. 5053, the “Preventing IRS Abuse and Protecting Free Speech Act,” sponsored by Rep. Peter Roskam (R-Ill.). The legislation would eliminate the Schedule B form for 501(c) organizations, which includes identifiable information of contributors to 501(c) organizations. This information is irrelevant to the routine handling of 501(c) organization tax filings and will help make tax compliance easier. The IRS doesn’t need the form, and eliminating it will help to curb possible targeting in the future.

As organizations that represent the interests of millions of taxpayers across the country, we write in support of H.R. 5053, the “Preventing IRS Abuse and Protecting Free Speech Act,” sponsored by Rep. Peter Roskam (R-Ill.). This legislation would eliminate the Schedule B form for 501(c) organizations, which includes identifiable information of contributors to 501(c) organizations. This information is irrelevant to the routine handling of 501(c) organization tax filings and will help make tax compliance easier, as well as further curb the ability of the Internal Revenue Service (IRS) to hinder free speech and civic participation among the public.

This bill presents an opportunity to strengthen free speech protections in light of recent cases of intimidation and mishandling of private information by the IRS. It would be a win for organizations across the political spectrum.

Free speech has been under assault in recent years and the IRS has been at the center of the controversy. In several well-documented cases, the agency leaked private and sensitive Schedule B information that should never have been made public. For example, the agency settled a lawsuit with the National Organization for Marriage (NOM) after an IRS official emailed NOM’s Form 990, Schedule B to the Human Rights Campaign, which then published it.

The revelations of leaked information, as well as evidence proving that the IRS selectively grouped organizations based on their names, policy positions, and perceived ideology to deny or delay requests for non-profit status, show that the fight for free speech is alive and very real.

Lawmakers must take every opportunity to keep the IRS in check, as the agency has been both derelict in its oversight and abusive with its power. H.R. 5053 will reduce the risks of continued abuse.

Some officials at the IRS have even supported ending the Schedule B form requirement for some 501(c) classifications.  For example, in December of 2015, it was reported that Tamara Ripperda, IRS Director of Exempt Organizations, discussed the potential for elimination of Schedule B:

The IRS is considering eliminating Schedule B of the Form 990, which asks for the names and addresses of an exempt organization’s contributors and for certain information about contributions received.  Tax Analysts reported that, at a program sponsored by the Urban Institute, Tammy Ripperda (Director of Exempt Organizations at the IRS) questioned whether the IRS should ask for the names and addresses of contributors, given that this information is not made public, and whether there is a need for the information from a federal tax law enforcement standpoint.