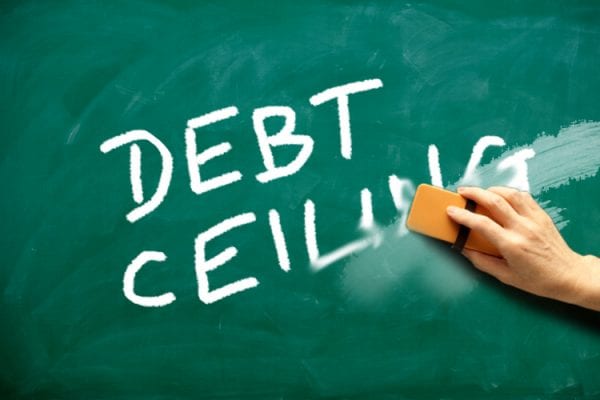 The country is $18.4 trillion in debt and in less than two weeks (November 3) the country will hit the debt ceiling.  With mere days to find a solution there is a real need to ensure the full faith and credit of the United States remains in tact with responsible legislation from Congress. The Taxpayers Protection Alliance (TPA) is hopeful Congress can pass legislation that will not only address the debt ceiling, but also make inroads towards real spending reduction.

Washington has been here before and once again it is getting to a critical point where there are only days left to act.  This is a growing trend and TPA is dismayed with last minute deals and the habit of governing by crisis. However, this most recent crisis has led to a number of serious proposals aimed at dealing with this problem in a responsible, reasonable, and long term manner.

One plan has emerged in the House is H.R. 3771, The Terms of Credit Act (TCA), put forward by the Republican Study Committee (RSC) headed by Rep. Bill Flores (R-Texas). TCA is a comprehensive solution that puts forth a multi-pronged strategy to dealing with the debt limit.

Here are the key components of the Terms of Credit Act:

The Terms of Credit Act would force the House to work through the appropriations process and keep lawmakers in session until the work they are required to do by law is completed. TPA has repeatedly pushed Congress to get back to regular order and abide by the budget process and pass appropriations bills to properly fund the government. This legislation would do just that. TPA supports The Terms of Credit Act and is grateful for Chairman Flores’ work on this issue.

Several other pieces of legislation have been put forth from members of Congress in recent weeks that also tackle the issue of the debt ceiling, including one that passed the House just yesterday.

First, H.R. 692, the Default Prevention Act sponsored by Rep. Tom McClintock (R-Calif.) would require the United States Treasury Department to “continue to borrow to pay the principal and interest on certain obligations if the debt of the United States exceeds the statutory limit.”  The bill also requires the Treasury to provide a full accounting to Congress of any borrowing made to meet the debt obligations owed by the United States. The Default Prevention Act was passed Wednesday by a vote of 235-194 and the White House has issued a veto threat.

Another bill, H.R. 3442, the Debt Management and Fiscal Responsibility Act of 2015, sponsored by Rep. Kenny Marchant  (R-Texas), would require the United States Treasury Department to “provide a report to Congress prior to any date on which the Secretary anticipates the public debt will reach the statutory limit.”  This Bill would ensures proper oversight from Congress requiring Treasury to provide a full accounting of any proposals, projections, and other related activities by the Treasury Department in regards to dealing with the debt limit and how to prevent defaulting. The Debt Management and Fiscal Responsibility Act of 2015 was passed out of the Ways and Means Committee on September 10, 2015 and awaits further action on the floor.

Finally, H.R. 3753, the Debt Ceiling Alternative Act sponsored by Rep. Dave Schweikert (R-Ariz.), would “require that the Government prioritize all obligations on the debt held by the public in the event that the debt limit is reached, to require the sale of Federal assets, and for other purposes.” The bill also guarantees proper oversight from Congress and requires Treasury to provide a full accounting in relation to “the principal on mature obligations and interest that is due or accrued of the United States,” and other accounting related to the Treasury Department’s handling of the debt limit.

November 3, 2015 is fast approaching and what taxpayers need from Congress are substantive solutions that prevent the United States from defaulting on our debt and pave the way to cut spending in a responsible manner. What RSC Chair Rep. Flores and other members have put forth represent a concerted effort to tackle the current debt limit problem.  Now it’s time for the House move forward on these solutions. TPA will be following developments on all the legislation listed above as well as what happens with the debt ceiling.