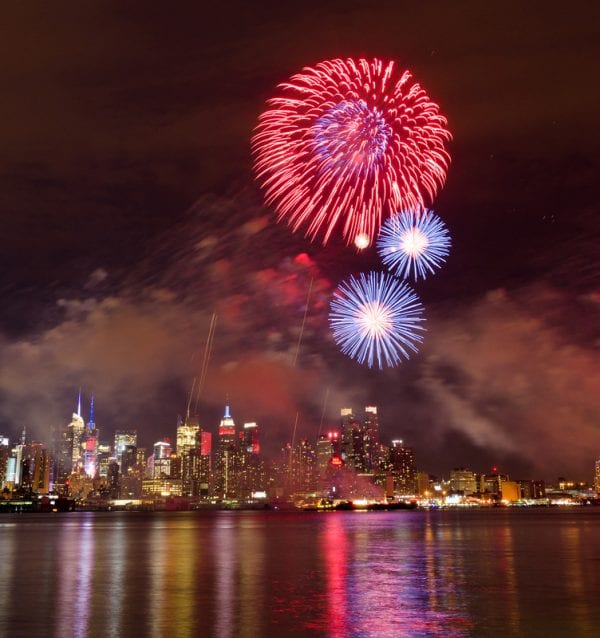 Yesterday (the Fourth of July) was a day of partying, fireworks, and paying homage to ‘the land of the free and home of the brave.’ While TPA was certainly taking part in the festivities, we were also paying close attention to some very troubling news that accompanied the holiday week celebrations. This was the week that many states implemented tax increases in varying areas of their state tax codes and for many taxpayers, this was no reason for a party.  Here’s a look at the states and the harmful tax increases that became law this week:

Arkansas- This week saw an increase in the sales tax by .5% bringing the total sales tax to 6.5%.

California- On July 1st, the Golden State welcomed a near 10% spike in their excise tax on gas totaling 39.5 cents per gallon. The California State Board of Equalization approved the adjustment as a means of “achieving revenue neutrality” for the state.

Connecticut- Under the guise of 2005 legislation aimed at putting money towards improving roads and bridges. The gas tax in the Constitution State went up 1% (nearly 4 cents), but now state uses the money from the increase to go into the general fund… how things have changed since 2005.

Georgia- Keeping pace with the rise in gas prices, the Peach State increased their gas tax by 10 cents this week.

Iowa- Not waiting for MFA to proceed any further, Iowa moved to impose a 6% sales tax on transactions across the Internet into the state and it took effect this week.

Kentucky- Taking effect this week was an increase of 2.4 cents on the state’s gas tax… raising the total gas tax per gallon to 32.3 cents per gallon! Due to Kentucky law, the gas tax is subject to increases based on a formula using the state’s gasoline tax and wholesale prices. Prices have increased every few months over the last five years.

Maryland- This week, as part of a transportation bill, the state saw their gas tax increase by 3.5 cents per gallon to a total of 27 cents per gallon. Though the increase was less than originally forecasted, it still is burdensome for drivers in a time when many are still feeling pain at the pump and in their own wallet.

Minnesota- Though the state rejected an increase in gas taxes earlier this year, they did see a spike in tobacco taxes this week including an increase on cigarette taxes as part of a way to pay for the new Minnesota Vikings stadium. The increase of $1.60 per pack is more than 100% and brings the grand total to $2.83 per pack. A new sales tax imposed that went into effect was the taxes on digital audio works (songs, readings of books, speeches, ring tones, etc.) at 6.875%.

Nebraska- After a decrease in the gas tax, the state saw an increase of 1.7 cents per gallon this week for a total of 26.4 cents. Based on consumption of fuel, the tax could rise or fall in early 2014.

North Carolina- An increase of 2 cents went into effect this week in North Carolina, bringing their total gas tax to more than 37 cents per gallon… 14 cents more than it was ten years ago bringing the state to 8th highest in gas tax nationwide.

Virginia- As part of the transportation bill passed earlier, new taxes and tax increases went into effect in the state this week. The gas tax was eliminated and replaced with a 3.5% sales tax on wholesale gasoline & 6% on diesel. The sales tax increased from 5-percent to 5.3%; Specifically, residents of Northern Virginia & Hampton Roads saw an increase from 5% to 6%.

Wyoming- The Equality state saw an effective increase in their gas tax for the first time since 1998… and it was a big one. The state’s gas tax jumped 10 cents to a total of 24 cents per gallon.

Though not every state celebrated the week by imposing new taxes, some states are getting closer:

Massachusetts- A $34 billion spending bill includes a gas tax hike of 3 cents, and a $1 increase on cigarette taxes… your move Governor Patrick.

New Hampshire- This week, a bill was approved in the state house to increase the tax on cigarettes by an additional 20 cents per pack. Should the legislation become law, the total tax on cigarettes in the “Live Free or Die” state would total $1.88 per pack.

Pennsylvania- A bill is working it’s way up that could spike the gas tax in the Keystone State to nearly 29 cents more per gallon… and could put make the state #1 in that department, a dubious distinction to be sure.

The Taxpayers Protection Alliance has been following developments in many of these states regarding the different tax increases and we will continue to monitor the coming tax increases for several other states continuing our efforts to shed light on why these increases are harmful not just for taxpayers, but for consumers and businesses statewide.