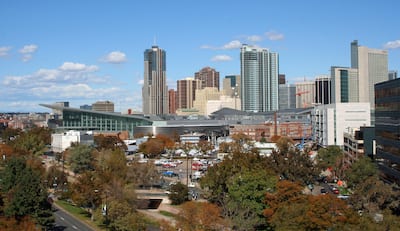 This article originally appeared in The Complete Colorado on October 18, 2016

Among the many bad measures on Colorado’s November ballot is Amendment 72, which would triple Colorado’s tobacco tax, with the goal of raising over $300 million in annual revenue, create new government programs, and expand existing ones. Amendment 72 would lock that new revenue and spending in to the state constitution, outside the oversight of the General Assembly, and outside the revenue limits in the Taxpayer’s Bill of Rights (TABOR).

But, a look at similar  initiatives from states around the country shows that these types of tax increases amount to little more than Fools’ Gold in generating revenue.

If the amendment passes, it will not only raise tobacco taxes, it will also give state agencies a blank check to spend the money wherever they want because there are no specific areas designated for the spending. That lack of clarity should raise an alarm for any voter who cares about fiscally responsible government.

Specifically, Amendment 72 will lock into place government grant spending on programs yet to be determined, without any way of making changes unless there is another statewide vote on a new initiative. This means that tax money will be given to state agencies without any idea of how it will be spent, with little recourse to make changes.

Aside from the vagueness of the proposal, there are several other reasons why this new tax increase should be rejected.  First, revenue isn’t a problem for Colorado.  The state has had a continued surge in tourism over the past year, infusing more than $1 billion in additional revenue. Second, lawmakers have made modest attempts to reduce spending.  Approving a tax increase would risk propping up bad tax and spend habits while wiping away gains made from increased tourism and spending restraint.

Another troubling consequence from Amendment 72 is that it could create a problematic taxation trend in the state. For example, when revenue projections fall short, which they usually do in cases of excise taxes, there will likely be tax increases requested to make up for the shortfall.

States have raised tobacco taxes in the past and the revenues have fallen way short of expectations. In 2012, the state of Illinois raised tobacco taxes by $1, and revenue projections fell short by $138 million. After Washington D.C. raised taxes by .50 cents in late 2009, revenues were off by $15 million. New York, which has the highest tobacco tax rate in the country, has seen a loss of $400 million in revenue over the last decade after a 190 percent increase on tobacco taxes.

Amendment 72 should be rejected by Colorado voters. The state is seeing renewed growth in tourism and lawmakers will consider budget cuts when they meet to map out a plan for the next fiscal year. Those two factors will do a better job of improving the state’s financial situation than any tax increase.

Tax increases will harm the progress made over the last year and give way to more harmful proposals in the future.  And locking new spending obligations into the state’s constitution is simply irresponsible fiscal policy.

Voting “NO” on Amendment 72 is the best way to keep Colorado’s economy growing, protect taxpayers, and respect the state constitution.