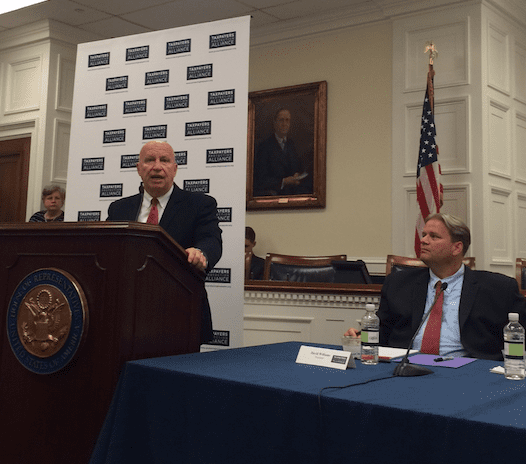 In just a few days, it will be the 30th anniversary for the last time comprehensive tax reform was passed. The Taxpayers Protection Alliance (TPA) has used this week to highlight individual and corporate tax reform (click here and here), and new Treasury regulations and the Death Tax (click here). Today, TPA presents a look back at two videos focused on tax reform with the 2016 Tax Day “Man on the Street” video and the Hill Briefing on Tax Reform from July.

On Tax Day 2016, TPA hit the streets and talked to folks from around the country about what they thought about taxes (click here). The last time there was comprehensive tax reform was 1986. A lot has changed since 1986, why hasn’t the tax code? Many of the Presidential candidates have said that tax reform will be a priority if they are elected, but Congress has the ability to act now. This is a bipartisan issue, where both Republicans and Democrats agree that our outdated and cumbersome tax code needs to be reformed now. Taxpayers are sick of being in a time warp where yet another tax day comes and goes and nothing has changed. We need tax reform done in 2016.