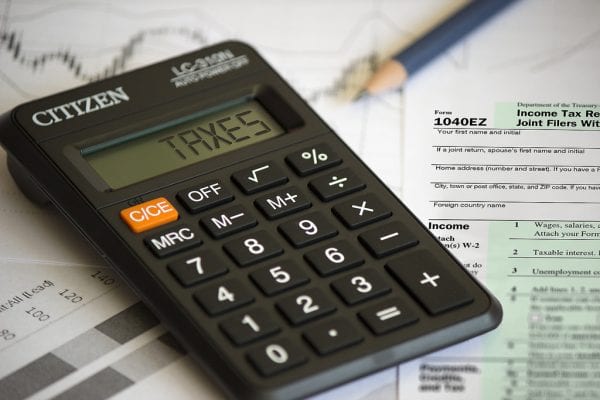 This week, the Taxpayers Protection Alliance (TPA) is focusing on the 30th Anniversary of the last time comprehensive tax reform was passed.  We started the series with a look at tax reform for individuals (click here).  With a corporate tax rate exceeding 39 percent (the highest in the developed world), reforming the corporate tax code is essential to strengthening the economy and keeping businesses from leaving the United States.

The high corporate tax rate is having a devastating effect on the ability of the United States to compete in a rapidly changing global economy. At nearly 40 percent, the corporate tax rate has been the highest in the developed world since April of 2012. The worldwide average is just below 23 percent.  So, not only does the U.S. hold the dubious distinction of having the highest corporate tax rate, that current rate is well above the global average making it more difficult to compete with other nations.

The high corporate tax rate also makes it less likely for companies to grow and hire more people. An inflated corporate tax hinders investment and growth, which means companies are less likely to expand their business interests in the United States.

There has been some bi-partisan support for fixing the corporate tax code.

House Ways and Means Committee Chairman Kevin Brady (R-Texas) included it in his blueprint for tax reform titled “A Better Way for Tax Reform” that was released this past summer.  Brady’s plan would lower the corporate tax rate 20 percent; repeal the corporate alternative minimum tax (AMT); and limit the tax rate that applies to small businesses at up to 25 percent

President Obama recommended lowering the corporate tax rate in his 2012 State of the Union address.  But, four years later, the Obama administration has replaced that with new rules and regulations designed to punish businesses and discourage investment.  The new rule, known as Section 385, would grant the IRS greater authority over businesses regarding how certain transactions are processed in terms of restructuring, such as inversions.

The high rate also leads to corporate inversions, where companies restructure in order to operate under a more business-friendly environment in order to fulfill obligations to employees and shareholders.

Corporate inversions are not new, they have been around since the 1980’s.  In fact, there have been more than 75 completed since 1983.  Inversions are becoming more frequent with more than 20 companies inverting since 2012.  While politicians have used this legal practice to grandstand, it would be more productive if they used inversions as a way to press for reforming the corporate tax rate. Instead of vilifying companies for doing what is best for their employees and shareholders, Congress needs to pass comprehensive tax reform that includes a reduction in the corporate rate.

Though Congress is moving in the right direction, the 2016 Presidential candidates  have failed to talk about corporate tax reform and make it a key part of their platforms. Less than one month before the election, voters have heard only scant mentions from Mr. Trump about corporate taxes.  Secretary Clinton has sent mixed messages on her stance in lowering the corporate rate.   According to the Washington Examiner, “The Democratic candidate has not endorsed lowering the U.S. corporate tax rate, as President Obama and some congressional Democrats favor. Instead, she has proposed raising $275 billion over a decade through unspecified tax reforms to spend on infrastructure projects.”

Much like every other policy-related issue in this current election, substance is lacking from both candidates when it comes to addressing corporate tax reform.

Fixing the corporate tax structure, like any component of overall tax reform, can only happen when Congress and the White House work together. There is bipartisan support for reforming the corporate tax code, which is every more reason to be encouraged that something can be accomplished. TPA continues to call on lawmakers in Washington to turn talk into action when it comes to fixing the corporate tax rate so that the United States can remain competitive and get the economy back on track.