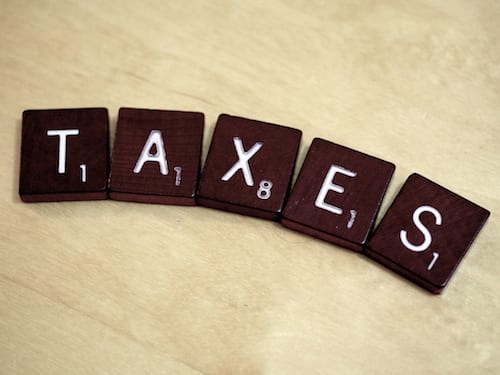 30 Years is Too Long to Wait For Tax Reform – Part I: Individual Taxes

Saturday October 22nd marks three decades since the last time comprehensive tax reform was passed. Throughout the week, the Taxpayers Protection Alliance (TPA) will be using the anniversary to remind lawmakers on Capitol Hill, as well as the Presidential candidates, that tax reform is important and long overdue.

Any serious talk about tax reform has to start with individual tax reform. The complexity of the tax code is a major issue for individuals as the tax code has increased from 409,000 words in 1955, to 2.4 million words today.  The increasing complexity costs taxpayers billions of dollars and hours each year as compliance takes up time and money. A recent analysis from the National Taxpayers Union found that the time spent on 1040 form individual filings amounted to nearly 2 billion hours, totaling $64.6 billion in lost productivity.

The code has become worse as each year passes without reform.   Unless changes are made to simplify the tax system and make compliance easier, the time spent on filing taxes will continue to grow and more money and time will be squandered. The good news is that some in Congress are listening and taking the need for comprehensive tax reform seriously.

Chairman of the House Ways and Means Committee Rep. Kevin Brady (R-Texas) released the House blueprint for reform entitled “A Better Way for Tax Reform” in late June of this year.

Major changes in the blueprint that will impact individuals include:

TPA is encouraged by the work of Chairman Brady on the blueprint, but Congress is only one part of the equation to accomplishing comprehensive tax reform. Presidents play an important role in passing tax reform.  And, with a presidential election, it’s important to know what the next President will do about tax reform.

Unfortunately, this campaign has been dominated by anything but policy and the discussion on tax reform has been severely lacking.  Donald Trump’s tax reform plan  is modeled after the House blueprint, while Secretary Clinton has called for raising rates on high income earners but leaving the current code and most brackets unchanged.  Both candidates need to do a better job of addressing tax reform.

Tax reform is among the top issues in the minds of voters and for good reason; it’s been thirty years since the Tax Reform Act of 1986 was passed.  Lawmakers and Presidential candidates should be talking more about how they would make comprehensive tax reform a reality for working families nationwide. TPA will continue to press for action on tax reform, and the upcoming thirty-year anniversary provides a perfect opportunity to remind Congress and the President that tax reform needs to happen now.