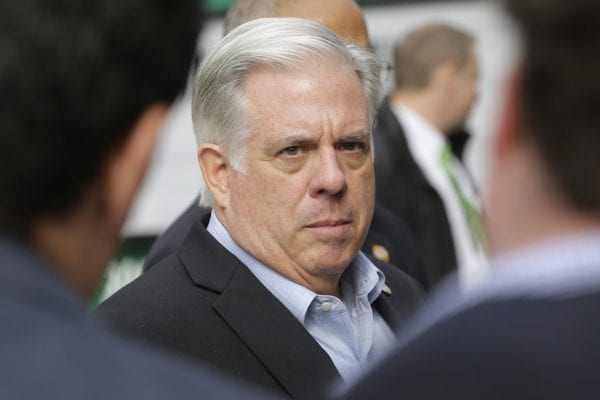 Last week, newly sworn in Gov. Larry Hogan (R-Md.) released his fiscal year 2016 spending plan. Though the budget must be passed ultimately by the Democrat-controlled State legislature, the details of the first budget proposal from Gov. Hogan show that he is making moves towards getting the state’s fiscal situation under control by addressing spending. This is a step forward following eight years of the tax and spend policies of Gov. Martin O’Malley, Gov. O’Malley’s budget grew by more than $10 billion from $28.8 billion in 2007 to $39 billion in 2014.

Gov. Hogan’s $39 billion budget for FY2016 puts an emphasis on spending cuts that will help save the state money to make up for the $700 million budget gap left by Gov. O’Malley.

Here are some highlights from Gov. Hogan’s spending plan that would save about $300 million in the current year, and $766 million in 2016.

Freeze and rebase state employee salaries: State workers would be tapped for savings of $156 million. A 2015 voluntary separation program is also estimated to save $30 million over a full year.

Education cuts: The budget calls for freezing inflationary growth and cutting the Geographic Cost of Education Index by 50 percent, which would save $143 million. This might be a tough sell politically because that index is a formula for state aid sent to schools.

Reduced Medicaid provider rates: Major savings could come from the Medicaid program and reduced provider rates in health and juvenile services. The budget calls for reducing rates for “most providers” to 2014 levels, which would save $160 million. Other Medicaid reductions and fund swaps would be worth $50 million.

Curtailing local aid program growth: Estimated at savings of $35 million, changes to aid for localities are ripe for contention. This includes programs that deal with education, healthcare and entitlements. Some jurisdictions would see actual cuts in funding, while others would see their funding increase, according to budget documents. Baltimore City and Baltimore County highlight differences; Baltimore City would see its total state aid drop 3.3 percent to $1.2 billion, while Baltimore County would see its aid rise 2.8 percent to $782.8 million.

Two high profile Maryland transportation projects will take center stage in potential budget cuts. Nearly $3 billion is slated for the Red and Purple lines, and the Governor has promised further review of the projects before any final determination is made.

Gov. Hogan should make sure that he lives up to the promises he made during the 2014 campaign to cut taxes for Maryland citizens and businesses. One of the key legacies of Governor O’Malley will be his affinity for taxes and tax increases.

The Washington Examiner’s Andy Brownfield detailed a 2013 report from Change Maryland, which was founded by Hogan, showing 40 instances of new and increased taxes approved by O’Malley that totaled over $9 billion between 2007-2014, including:

The budget is just the first step in a process that will take a great deal of work from Gov. Hogan and other Maryland officials who want to put in place fiscally-responsible policies that will help taxpayers and small businesses.