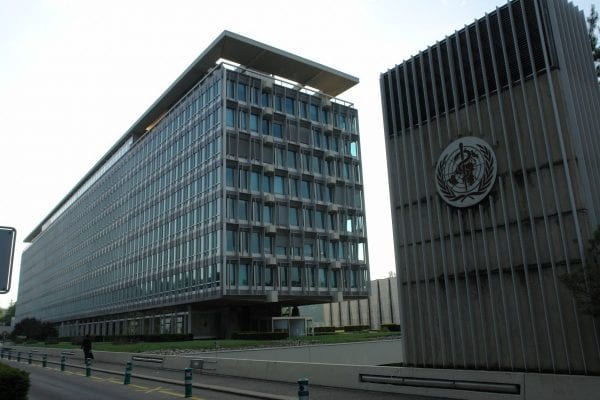 A version of this op-ed ran in The Washington Times

A tobacco reduction conference hosted by the World Health Organization, the United Nation’s public health agency, took a hostile and alarming turn on Monday when the public was kicked out of the meeting.

The tyrannical attack on the principles of transparency and accountability took place when delegates from more than 175 countries who are part of the Framework Convention on Tobacco Control, a UN global anti-tobacco treaty, agreed unanimously to boot spectators. Delegates then voted to ban the public from the Moscow conference center where the event is taking place for the duration of the week-long meeting.

“We don’t need the public here!,” proclaimed Uganda’s representative. Libya’s chief delegate Mohamed Ibrahim Saleh Daganee gritted his teeth as he demanded other delegates join him in voting to close the meeting to the public.  “We don’t know who these people are,” complained Mr. Daganee, a former health information director under Muammar Gaddafi.

“I don’t see the usefulness of having the public in these meetings.” one South American delegate remarked. He and the other delegates didn’t care that the public might want to be on hand to watch discussions of policy proposals that could impact nearly every country on Earth.

None of the delegates believed that taxpayers from around the world had the right to attend a meeting that devoured almost $20 million in public funds over the past two years paying for salaries, travel expenses and other costs related to the biennial convention.

Once the vote to ban the public passed, the meeting ground to a halt as stunned and shaken spectators were led away from the convention hall by Russian security personnel.

WHO officials and delegates argued that banning the public was necessary because of fears that tobacco growers and cigarette company operatives had infiltrated the meeting.

Not that it would have mattered if they had.

Public attendees are required to sit silently in the back of the huge convention hall, hundreds of feet from where the debates occur. In fact, delegates and speakers couldn’t even see the public as they discussed the business at hand.

After the doors were slammed shut and the meeting resumed, it became clear why the delegates chased the public away: They wanted to work on passing a global tax on tobacco in secret.

The international tobacco tax proposal would require that countries who signed the UN anti-tobacco agreement – nearly every major nation in the world except for the United States, Switzerland and Indonesia – to enact an excise tax equal to at least 70 percent of the retail price of tobacco products. That means a $10 pack of cigarettes would cost more than $33.

The money would be earmarked to fund healthcare – even though earmarking tax collections are illegal in some countries.

Besides forcing governments to increase taxes with no regard for the particular needs or concerns of the individual countries, this troubling scheme would also create a global taxation precedent the UN could use in the future to tax everything from fast food to guns to the Internet.

If they successfully pass the reckless international tobacco tax requirements, the delegates intend to turn their attention towards slapping worldwide regulations on e-cigarettes – even though electronic nicotine delivery systems are considered a useful tool in helping smokers kick the habit.

Conference delegate’s disastrous decision to ban the public was just another bad move by people leading a convention that is already mired in controversy.

The United States, which, despite not being a signatory to the agreement, historically sends a delegation to the biennial convention, and Canada are boycotting the event in protest of Russia’s aggression towards Ukraine.

“Given Russia’s ongoing violation of Ukraine’s sovereignty and territorial integrity, the U.S. government … will not participate this year at the Framework Convention on Tobacco Control being held in Moscow,” Bill Hall, director of the news division at the Department of Health and Human Services, announced earlier in October.

Unpleasantries towards Ukraine aside, Russia is probably the last country in the world that should be hosting a major health conference. The World Health Organization’s own report on life expectancy found that the average Russian man dies at 62. Men in Pakistan, North Korea and Iraq outlive Russians.

The Moscow convention is also taking away the World Health Organization’s focus on the global outbreak of Ebola. Attention and resources that could be going towards containing Ebola and helping to cure those dying of the virus are instead being devoted to condemning tobacco at a glorified junket in a posh area of Moscow.

Dr. Margaret Chan, the Director-General of the World Health Organization, even flew to Russia to deliver the opening remarks for the Framework Convention on Tobacco Control and pose for photos at a press conference.

“I can’t be a single-issue director-general.” Ms. Chan remarked. “I don’t want people to think I spend all of my time on Ebola.”

The families of the more than 4,000 people who have died from the Ebola virus would undoubtedly wish that the leader of the UN’s health organization was a little more focused on addressing the biggest health emergency in modern times and a little less worried about regulating e-cigs and hiking tobacco taxes.

Between the chilling scheme to ratify a global tobacco tax, the reckless idea to assault e-cigarettes with international regulations, the unpopular decision to bring money and positive attention to Russia, and the risky move to take focus away from containing the Ebola outbreak, the World Health Organization’s tobacco control conference has proven one misstep after another.

It’s no wonder the convention’s delegates voted to ban the public. They obviously don’t want the world to see all the bad decisions they’re making.