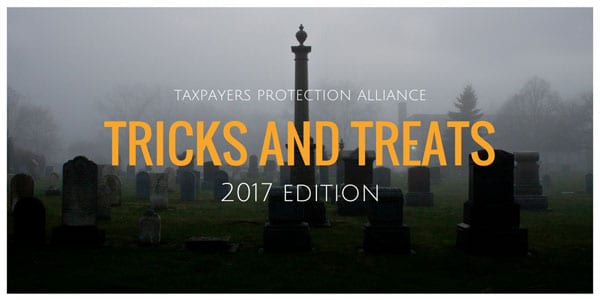 It’s Halloween night, and someone- or something- knocks on the door. Is it a poltergeist coming to inflict torment, or a kid dressed in a not-yet-retro “Ken Bone” sweater costume? The kids smile and bid adieu, as the bowl filled with reduced-sugar Twizzlers and Hershey nuggets slowly empties. But regardless of how many kids live in the neighborhood or the hour of the night, the fearful prospect of Uncle Sam stretching out his hand to trick taxpayers is ever-present.

Luckily, a ragtag team of brave lawmakers and Administration officials have been doing their fair share of ghostbusting this year, making sure that ghouls and erm….regulators and IRS agents don’t wreak havoc on taxpayers and consumers. The Taxpayers Protection Alliance (TPA) wants to make sure that the fearful living across the country know the Tricks from the Treats, lest they become ensnared by false spells and join the army of Zombies. 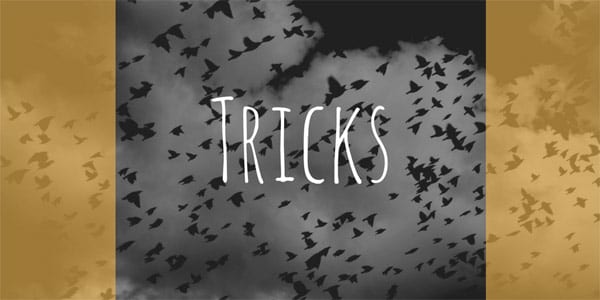 Like Frankenstein, the USPS only remains alive due to the foolhardy actions of ambitious Barons (and Baronesses). The USPS, which has dealt with multi-billion dollar losses over the past decade, is pushing for the Postal Service Reform Act of 2017 as a way of shoring up finances. But the legislation, which would  transfer health-related retirement liabilities to Medicare, would shift expenses to taxpayers without solving any of the underlying problems facing USPS. A liability gap exceeding 15 percent requires action, and shifting the debt to taxpayers is not acceptable. By shifting service, reforming fleet acquisition, and pursing pension buybacks, the USPS can assure taxpayers that it’s on the right track.

Former Health and Human Services (HHS) Secretary Tom Price claimed that millions of dollars in private jet travel were made in “official capacity,” a questionable claim given escapades to a Georgian resort where Price owns property. All told, $400,000 in hard-earned taxpayer money was spent in shuttling around the former Secretary in private jets from place to place. While Price offered to pay the price of his own seat, this narrow offer didn’t take into account the cost of the entire jet, which of course would not have taken off without the Secretary’s insistence. Price’s $52,000 offer proved too little too late, and he was promptly ousted from President Trump’s cabinet. Let Secretary Price’s tale serve as a spooky reminder of the wasteful nature of government. 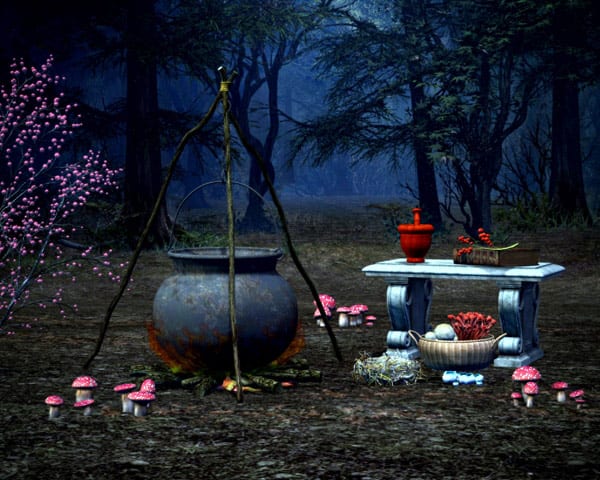 Collectively, American nuclear power plants lose nearly $3 billion a year. They simply haven’t been able to compete with power plants that run on cheap natural gas. In desperation, nuclear operators are begging state legislatures for taxpayer and ratepayer subsidies to keep their plants running. They’re hoping to lure lawmakers into bailing them out by promising zero-emissions energy production. Nuclear plants in several states already receive taxpayer-funded subsidies. In July, an Illinois federal judge upheld state legislation that funnels $230 million per year to Chicago-based Exelon to keep its nuclear facilities operating. The same month in New York, a federal judge dismissed a consumer lawsuit against a $480 million annual handout to three nuclear plants.  This Blob-like creature needs to stop before it spreads to other states.

With a longstanding promise by lawmakers to repeal and replace Obamacare, TPA and allied groups stepped up and offered alternatives to the failed status-quo. But, despite double-digit premium increases caused by the failing law, Congress and the Administration were unable to get their acts together and pass a market-based plan to buoy the nation’s health-care system. Meanwhile, special interest groups, lawmakers, and talking heads maintained that a single-payer system is necessary to get things back on track. Unfortunately for these poor, misinformed riders, Bernie-care would likely not cover head transplants.

NASA has enjoyed “sacred cow” status in Washington for decades, despite problems in execution and priorities endemic to any other area of government. In the latest gaffe, NASA was forced to delay the launch of the $8 billion James Webb Space Telescope another year, just the latest in a decadal saga of overruns and restructuring. With regular cost overruns north of 20 percent, “Signs” abound that America’s space agency is no longer beholden to taxpayer.

Whether it’s subsidized loans through the Export-Import Bank or their latest trade dispute with Bombardier, Boeing has an uncanny knack to look for government help instead of doing things for themselves. In particular, Boeing’s allegations before the United States International Trade Commission to try Bombardier before the U.S. Commerce Department on antidumping and countervailing duty charges brings light to a decades-old fight over international aircraft subsidy programs within a new atmosphere of protectionism in Washington. If Boeing gets its way and uses the “bite” of the federal government to punish competitors, taxpayers and consumers stand to be bilked by the billions. 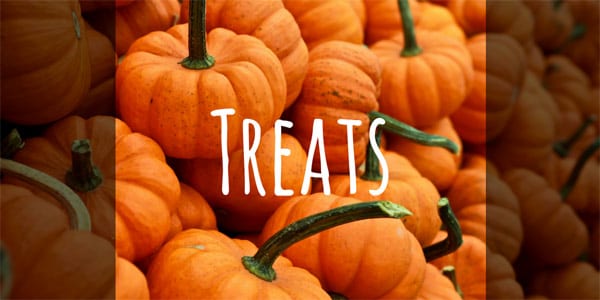 The tax code is a complete and utter mess. Individual and corporate tax reform are absolute necessities.  The tax code is more than 2.4 million words, hopelessly stacking the deck against individuals trying to comply with the code.  The Taxpayer Advocate Service estimates that taxpayers spend more than 6 billion hours complying with the Tax Code. The last time comprehensive tax reform took place was in 1986, when fourteen brackets were reduced to two, and the top tax rate was slashed from 50 percent to 28 percent. The proposal released last month by the Congressional “Big Six” is similarly designed, with three brackets in place of seven and a lowering of the tax rate from 39.6 percent to 35 percent.  The corporate tax rate is 40 percent, higher than China.

Putting the Nail in the Coffin of Title II

The Federal Communications Commission (FCC) is currently in the process of rolling back a damaging public utility-style regulatory framework known as Title II on the internet. That Depression-era regulatory classification, rammed through by a party-line vote of the previous FCC, has no place governing today’s modern and ever-evolving internet, and its implementation has already dampened broadband investment across the country. FCC Chairman Pai began this necessary deregulatory effort on May 18, when a vote was successfully held to begin the rollback effort. This “Treat” will also help protect taxpayers from funding broadband boondoggles across the country.

The Food and Drug Administration (FDA) has been bogged down by politics and malaise over the years.  The appointment of Scott Gottlieb as the head of the FDA has shown that consumers and taxpayers could be treated to a new innovative FDA.  The FDA has every incentive to be risk-adverse when it comes to product approval. Preventing life-saving products from entering the market, though, does not appear to provoke the same backlash.  Ensuring that consumers have access to beneficial technology is just as important as protecting them from harm.  FDA is currently evaluating a “Modified Risk Tobacco Product Application.”  These new and innovative products (that consumers around the globe already have access to) can help people stop smoking.  Approving these products will be a “Treat” that will help save many lives.

In a rare victory for consumers and taxpayers, Cook County, Illinois, lawmakers repealed a 2-month-old tax on sweet drinks this month. The cent-per-ounce tax, a lightning rod of controversy during its brief existence, has already found an army of supporters urging reimplementation. But, despite defenders’ claims that the law was a sound way of filling coffers and curbing obesity, such taxes do little for waistlines or public finances. Soda taxes will continue to be tried and tested, as ambitious public officials try to solve their problems by a simple stroke of the pen. But hey, if any lawmaker hates sugar so much that they’d tax it, they shouldn’t expect homeowners to hand them candy during trick-or-treating. 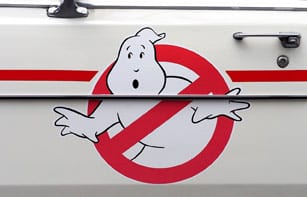 In an encouraging departure from his predecessor, President Trump has made the reduction of regulation a priority in his Administration. Shortly after taking office, he instituted a two-for-one rule requiring any agency proposing a new regulation to identify two rules for elimination. The President and Congress also targeted expensive, poorly designed rules such as the Bureau of Land Management ‘s methane rule.

Nixing the Clean Power Plan, a witch’s brew of mandates and subsidies

After two years of costly mandates hoisted on states to reduce their carbon emissions, consumers and taxpayers have had enough of high energy prices and less choices. Grid reliability has increasingly been an issue, as solar and wind energy has been unable to consistently keep the lights on. The recently released Department of Energy (DOE) grid reliability study noted challenges in the integration of wind and solar technologies, stating that “variability and corresponding impacts on net load” are the largest barriers to adaption. Draining the cauldron requires nixing “green” mandates and subsidies, and keeping costs low for consumers and taxpayers.

BOO! Happy Halloween from the Taxpayers Protection Alliance and don’t let the government goblins scare you too much this year. 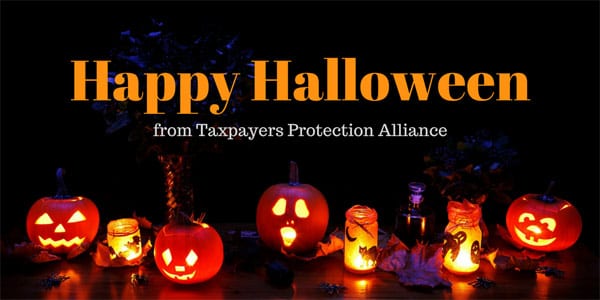