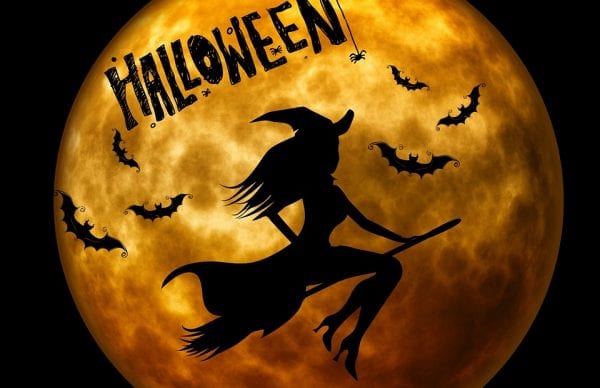 Halloween is almost here! Families across America will soon be ready to celebrate with candy, costumes, and fun! The Taxpayers Protection Alliance (TPA) is preparing for the “scary season” in a much different way by watching what government has done to spook taxpayers this past year. You guessed it, it’s time for TPA’s annual Taxpayer Tricks and Treats! This year, there’s no shortage for taxpayers to be terrified by with wasteful spending, missed opportunities, and the frightening prospect of lawmakers returning for some last minute scares!  Not to worry, there were some treats. They weren’t easy to find, but we found some. And, we wrapped up the list with items that were tricks and treats.  ENJOY!!

With a continuing resolution expiring on December 9th, a lame duck session of Congress is now a certainty.  Scary things happen in a lame duck session as members of Congress who either lost an election or are retiring vote on spending and policy bills. Bailouts, tax increases, bad policy, and earmarks are the only thing that Congress gives out during a lame duck session. Taxpayers should be very afraid. This duck needs to be killed or at least fly south for the winter. Click here to read more about the lame duck.

In New York, taxpayers are on the brink of paying for a massive bailout of multiple nuclear power plants.  As part of Democrat Gov. Andrew Cuomo’s ghoulish plan to force unreachable renewable energy mandates onto ratepayers, the bailout may cost anywhere from $2 billion to $8 billion over the next decade. Taxpayers are also faced with the prospect of paying for higher energy costs because utility bills for thousands of government buildings will increase. Click here to read more about the New York nuclear bailout.

The United State Postal Service (USPS) continues their nightmarish financial losses as each quarterly report is released. Over the last decade the agency has conjured up more than $50 billion in debt and there doesn’t seem to be any end in sight to the losses.  Even though Congress and the USPS should be looking for ways to reform the agency, the best that Congress can do is put forth counter-productive legislation disguised as “reform” that merely doubles-down on bad decisions (i.e. grocery-delivery) made by the agency. The goal should be for the agency to wake up from this recurring nightmare of financial losses and get back to their original mission: delivering the mail. Click here to read more about the USPS. 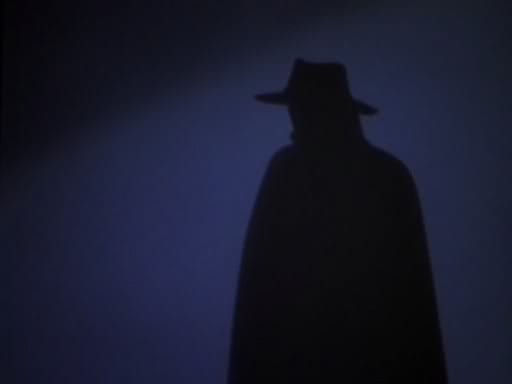 Obamacare or Phantom of the Co-Op

It has been more than six years since Obamacare was passed and it’s been three years since the program was first rolled out. Sadly, the disaster continues as state-based co-ops are failing all over the country with only 7 of the original 23 remaining. Premiums are also on the rise with double-digit rate increases coming in 2017 for millions of Americans. Obamacare is unworkable and it continues to haunt the healthcare system and taxpayers. Click here to read more about Obamacare.

Like a spreading deadly virus, the taxpayer-funded World Health Organization (WHO) infects taxpayers around the world.  As part of the United Nations (UN), the sickening WHO continues to ignore press-freedom, shun transparency, and weaken intellectual property rights. TPA has been exposing the WHO’s nonsensical policies like pushing for the plain packaging of tobacco in Syria and other countries. With billions of taxpayer dollars at stake, Congress must conduct more oversight of the UN and the WHO. Click here to read more about the World Health Organization.

Some movies have so many sequels that it’s hard to keep count. That was the case with the Internet Tax Freedom Act as Congress kept temporarily extending the ban on internet access taxes. The ban had been in place since 1998, and while Congress tried to make the ban permanent, the drama never seemed to end as each deadline approached.  However, earlier this year, Congress finally ended the terror when they included a permanent ban on Internet access taxes. Click here to read more about Internet Taxes.

Olympic Medal Tax or The Thrill of Victory

The Olympics are a time for celebration.  But, with Uncle Sam looking to tax an athlete’s winnings (and value of the actual medal), the celebrations were often short lived. Decorated U.S. Olympian Michael Phelps reportedly owed nearly $55,000 in taxes for all the medals he won in Brazil this past summer. However, Congress and President Obama gave the country a reason to cheer when a bill was passed to eliminate the taxes owed on medals won at the Olympics. Click here to read more about Taxes. 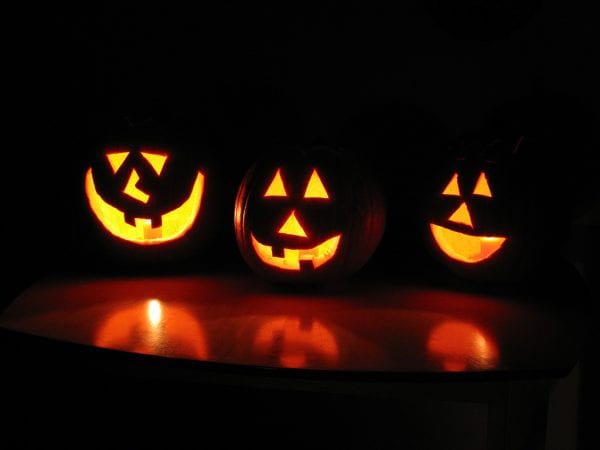 Agency Reform and Oversight or The Sweet Sound of Oversight

Government agencies are becoming beasts of overregulation as they consistently abuse their power and move to claim more authority over taxpayers. The Federal Communications Commission (FCC) and the Internal Revenue Service (IRS) are two examples of agencies run amuck. The FCC has harmed taxpayers and the economy by pushing for more government broadband and pursing net neutrality regulations. The pattern of unaccountable behavior at the IRS has led to a culture at the agency where targeting groups based on ideology is accepted, without consequence, and wasting taxpayer money has become the norm. Thankfully, Congress has moved to increase oversight and attention to these agencies. This year, there have been oversight hearings for the FCC in the House and Senate where important questions were asked regarding the aggressive regulatory approach by Chairman Wheeler.  The  IRS Commissioner is facing possible impeachment after multiple hearings in Congress that focused on transparency and leadership of the agency. Click here to read more about the FCC, and click here to read more about the IRS.

West Virginia or Wild and a Little Bit Less Wasteful

On January 28, 2016, the Taxpayers Protection Alliance (TPA) and the Cardinal Institute in West Virginia teamed up to release Wild and Wasteful West Virginia: Exposing Waste, Fraud and Abuse of Your State Tax Dollars. The report exposes and highlights more than $330 million in wasteful spending spread across almost 60 different state programs. The examples cited in the report demonstrate that West Virginia has a spending problem, not a revenue problem.  The good news is that one of the items, nearly $2 million for the state to serve as a sponsor of the Greenbrier Classic golf tournament was eliminated. According to MetroNews, Democratic gubernatorial candidate Jim Justice announced he would refuse the state’s help with the 2016 Greenbrier Classic PGA event. Truly a hole in one for taxpayers. Click here to read more about the West Virginia spending report.

Comprehensive tax reform is 30 years old and it is showing it’s age. The tax code is broken, taxpayers are suffering because of it, and Congress has yet to move legislation forward to fix the individual or corporate tax code. The good news is that this past summer House Ways and Means Committee Chairman Kevin Brady (R-Texas) introduced his tax reform plan titled “A Better Way for Tax Reform.” The ultimate goal is to have comprehensive tax reform passed.  Hopefully next year “Tax Reform” will just be a treat. Click here to read more about Tax Reform.

Catfish Inspection Program or The Creature from the Mississippi Lagoon

There are times when Congress acts like the dumb teenager in a scary movie by doing things that make no sense.  The audience watches and cringes and knows exactly what to do while the teenager makes bad decisions. The United States Department of Agriculture (USDA) Catfish Inspection Program is a perfect example. The Government Accountability Office has targeted the program a record ten times for elimination citing the duplicative and wasteful nature of the program. Costing taxpayers tens of millions of dollars annually,  the USDA Catfish inspection program owes much of its existence to one Senator in Mississippi, Republican Thad Cochran. However, the Senate finally voted to repeal it earlier this year, over the objections and efforts of Sen. Cochran.  Meanwhile in the House, Speaker Paul Ryan (R-Wisc.) and Majority Leader Kevin Brady (R-Calif.) haven’t quite yet received the message and haven’t scheduled a vote.  Taxpayers deserve a vote in the House to finally kill this program and only House leadership is standing in the way.  Click here to read more about the USDA Catfish Program. 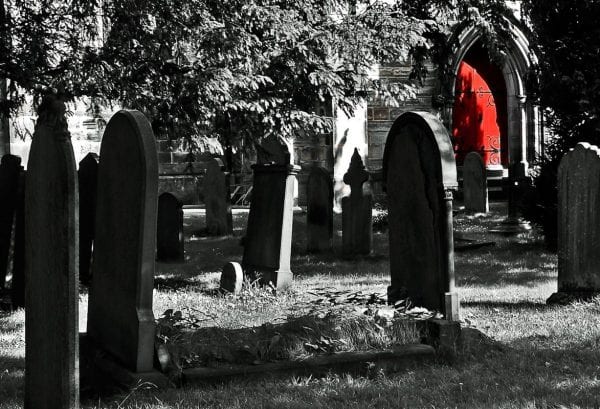 Set Top Boxes or The FCC Ghost in the Machine

FCC Chairman Tom Wheeler spent most of the year pushing for his plan to reset video marketplace rules with his “set-top box” plan. The original plan would require traditional pay-for-TV providers to make video programming available to third-party devices. That plan was met with fierce criticism.  Instead of listening to real concerns from the creative community and other stakeholders (including his own fellow commissioners and the Copyright Office), Mr. Wheeler doubled-down and offered a new and not improved plan. The new plan offered by Wheeler was so bad that the final vote by the FCC had to be delayed indefinitely. The set-top box plans have been dead on arrival, and it’s time to turn off Chairman Wheeler’s overreach for good. Click here to read more about the set-top box plan.

Sharing Economy or The Economic Re-Animator

The sharing economy is a source of innovation that has been responsible for providing an economic boost to many major cities. Companies like Uber, Lyft, HomeAway, and others have revolutionized industries with business models that are disrupting the old ghosts of the past and providing real competition. Unfortunately, those old souls with failing businesses models (i.e. taxicab companies) are doing their best to partner with the government to scare competition away. Thankfully the sharing economy is growing and according to analysis from PricewaterhouseCoopers, by 2025 it could generate “potential revenue opportunity worth $335 billion.” Click here to read more about the Sharing Economy.