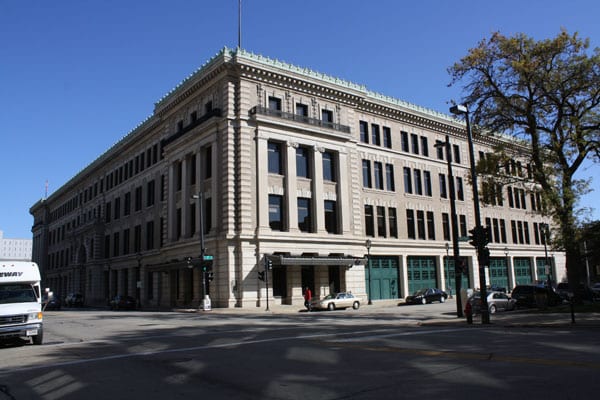 Over the past few years, the Taxpayers Protection Alliance (TPA) has highlighted numerous examples of waste in the construction of public works, including government headquarters, schools, and roads. Leveraging private funds to pursue public projects can shield taxpayers from these risks, and harness efficiencies not normally achievable in the public sector. Unfortunately, the public-private partnership (PPP) model is discouraged by the federal tax code, which limits the amount of private funding that can be used in a project financed by tax-exempt bonds. To loosen this restriction, TPA supports the Public Buildings Renewal Act (H.R. 960 in the House and S. 326 in the Senate), which would make public buildings eligible for qualified private activity bond (PAB) financing. State and local governments would finally be able to invite private players onto public projects with tax-exempt bond financing, resulting in significant taxpayer savings and faster completion times. TPA signed onto this coalition letter, organized by the National Taxpayers Union (NTU), in support of the legislation.

On behalf of our organizations’ members across America, we write in strong support of the Public Buildings Renewal Act (H.R. 960 in the House and S. 326 in the Senate). As advocates for overburdened taxpayers, we believe this innovative yet practical proposal will harness the expertise of the private sector in ensuring cost-effective construction of schools, hospitals, and other government structures. In a year when Congress and the Administration are focused on making the tax system more equitable and uniform, expanding infrastructure investment, and maximizing the value of every government dollar, few other pieces of legislation can so admirably answer to all of these purposes.

During our many combined years of experience, we know all too well the poor oversight and accountability that often plague the construction and maintenance of government facility projects. The results can be projects that are over budget, behind schedule, or ill suited to efficient long term asset management practices. One way to break this cycle of waste is through Public Private Partnerships (PPP), where a single private consortium is made responsible for designing, building, operating, and maintaining a government structure. This arrangement, which is more fully guided by the lifecycle costs of a given project, also has the advantage of transferring the risk of excessive costs or delays from taxpayers to the consortium and its investors. Equally important, it has functioned well in the real world. Although primarily limited to road and water projects in the U.S., elsewhere around the world PPPs are commonplace for schools and other social infrastructure, encouraging fiscal discipline in hundreds of instances.

For America to experience more benefits of PPPs, Congress must remove an obstacle: when constructing public buildings (as opposed to roads or water infrastructure), state and local governments must essentially choose between a PPP structure employing taxable financing, or tax-exempt financing without the benefit of a PPP. H.R. 960 and S. 326 would address this untenable situation, by adding public buildings to the 15 categories of infrastructure projects under federal law for qualified private activity bond (PAB) financing.

H.R. 960 and S. 326 are very carefully drafted to reflect both current needs and the possibility of comprehensive tax reform, so that they will stand the test of time. Furthermore, in recognition of past policy failures that have earned taxpayers’ ire, the bill specifically excludes unwarranted applications such as sports stadiums, retail food outlets, and entertainment facilities. Finally, the Joint Committee on Taxation has estimated a reduced federal revenue effect $48 million total over ten years. Even this relatively minor impact, already massively outweighed by the savings of PPPs themselves, would be further mitigated in other ways. The pressure on state and local property taxes, and on behalf of ill-advised federal assistance schemes for local construction, would be diminished.

PPPs are not ideal for every situation, especially if they are misused to secure a competitive advantage against purely private service providers. Furthermore, experts disagree on the true scope of the public infrastructure “backlog,” and officials at all levels should ask difficult and thorough questions about such assessments. Nonetheless, whatever the estimates may be, it is prudent to approach government construction and renovation projects in a manner that stresses better stewardship of tax dollars.

For all the foregoing reasons, we urge you to support the Public Buildings Renewal Act. Given the legislation’s bipartisan pedigree among Members on both tax-writing committees, the time is especially ripe to take this step forward.

Consumer Action for a Strong Economy