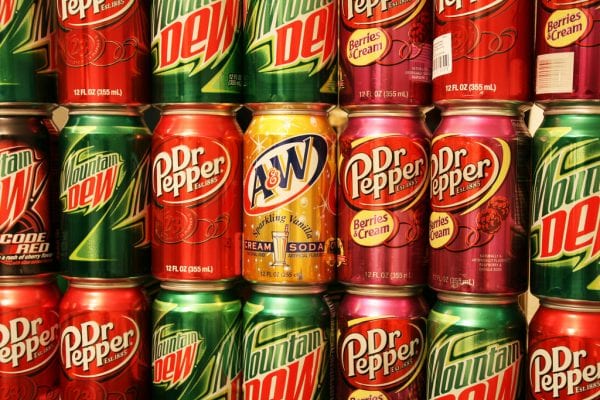 The UN Wants to Tax Your Soda

Anthony McAuliffe is an associate with the Property Rights Alliance and Americans for Tax Reform. This piece originally appeared here on the ATR website.

The UN’s World Health Organization (WHO) released a report recommending that all countries levy a steep excise tax on soft drinks of at least 20 percent. The proposal represents a dangerous new precedent whereby international organizations will encroach on national sovereignty by telling nations how to tax their own citizens. The recommendations further represent a restriction of choice on global citizens, as well as an ineffective way to combat the global issue of obesity.

First, a one-size fits all solution for obesity will not work for every country, and sometimes may not work at all. For example, Mexico implemented a soda tax and saw an decrease in sales by 1.9%. However, the next year sales rose by .5%. In Finland, sales dropped the first year and then returned to prior levels the next year. Each country should be able to come up with its own solutions for its own citizens, without worrying about the UN pushing its own policy recommendations.

Furthermore, an international organization telling nations how they should tax their own citizens directly encroaches on national sovereignty. These “recommendations” risk a full on policy proposal that might force nations to adopt this soda tax. While that has not been proposed as of yet, nations must continually push back against any perceived abuses by UN organizations to undermine national sovereignty.

Additionally, international organizations, as well as national governments, should not be dictating certain diets for people. Part of the beauty of our nation, and indeed many across the world, is individual liberty and freedom of choice. People should be free to choose what kind of diet they want, whether that be a healthy diet, an unhealthy diet, or a balanced mix. While the WHO characterizes a soda tax as “key population-based policy interventions,” that is just fancy language for an encroachment on your individual liberties.

Another issue involves fairness: a soda tax would disproportionately affect poor people. People with more money would still be able to afford soda, giving them the liberty to make a choice as to whether or not they will purchase it. People with little money, on the other hand, may no longer have the liberty and choice to consume soda. Furthermore, those with little money may still spend money on soda, but that would end up constituting a larger expense of an already limited budget. A regressive tax like this would be fundamentally unfair to those already economically disadvantaged. As Bernie Sanders said of the recently-imposed Philadelphia soda tax: “The mechanism here is fairly regressive. And that is, it will be increasing taxes on low-income and working people.”

Rather than push high taxes that force people out of buying soda, governments could instead encourage education on a well-balanced diet complemented by exercise. In the U.S., soda consumption has dropped by 25% since the 1990s, but Americans are still obese. Most foods can cause obesity when eaten in excess, so is the solution to just start taxing everything? The WHO seems to forgo this option of education on a healthy style, instead choosing to favor forcing people to adopt a healthy lifestyle against their own free will.

So is this a threat in the U.S.? Philadelphia is the first major city to adopt a soda tax, and others have tried but narrowly failed. City and state governments might feel emboldened by the UN recommendations, so soda tax laws could be on the ballot soon in several cities and states across the nation. Stay informed to protect your right to enjoy a soda at the normal price.