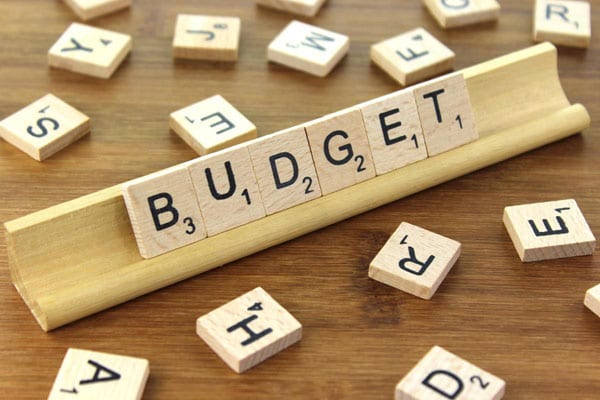 As the Senate gears up to vote on the fiscal year (FY) 2018 budget resolution Thursday afternoon, billions of dollars in spending across the federal government lie on the line. The Senate’s budget resolution takes a $5.1 trillion bite at the federal budget over the next decade, with annual cuts exceeding $100 billion by 2027.  Assuming that the economy chugs along at an average pace of 2.6 percent a year for the next decade, the submitted budget will balance over a ten-year timeframe.

The bulk of the opposition to the budget centers around the $1.5 trillion assumed from potential tax cuts. But critics assailing the changes as fiscally irresponsible are glossing over the large economic benefits that will follow comprehensive tax reform, and ignore the relationship between economic growth and tax revenue. Taxpayers will get relief from the heavy hand of Washington through both comprehensive tax reform and historic spending cuts.

Many “individuals” shelling out taxes at the top rate of 39.6 percent are in fact small businesses who “pass through” their revenues into owners’ income. Despite the vital role that startups play in driving American entrepreneurship, many of these enterprises are paying nearly 45 percent of their income in taxes, once state and local levies are taken into account. Once this pass-through rate is reduced to 25 percent, businesses will finally have the green light to invest in new capacity, hire more workers, and boost new wages.

And, at the corporate level, slashing the rate from 35 percent (nearly 39 percent with state and local taxes) to 20 percent would grow the economy by leaps and bounds.  This would take the U.S. from the highest corporate tax rate to one that is competitive around the world.

According to a recent study by Capital Policy Analytics President Ike Brannon and Marquette University professor Andrew Hanson, a 10-percent to 20-percent corporate rate cut could boost wages by 12 percent and employment by 10 percent. The resulting tide of economic growth would in turn offset revenue losses from the tax cuts, since the federal government collects far more revenue during boom years than bust years.

But the budget resolution is about far more than enabling comprehensive tax reform. Many federal programs do not operate as intended, yet are given a free pass year after year and shielded from scrutiny. Congress attempts to address this problem by getting mammoth, unaccountable programs back on track, at a significant savings to taxpayers.

While the $1 billion in mandatory spending cuts is a far cry from the House’s $200 billion in mandatory reductions, the reconciliation process should result in heftier fiscal downsizing. And, overall spending reductions of $5.1 trillion over ten years are close to the House’s savings of $5.4 trillion over the same period. Measures passed in the House, such as language directing the House Oversight and Government Reform Committee to reduce spending $32 billion over the next ten years, will likely also find approval in the Senate. Long overdue policies, such as the reduction of federal contributions to existing pensions and introduction defined contribution plans for new federal employees will finally see the light of day.

Unfortunately, reconciliation is unlikely to do away with some of the resolution’s more objectionable provisions. Proposed Defense spending in the bill is set to increase roughly 17 percent over the next decade, with a budget of $696 billion by 2028. While military leaders have long warned of the dangers of sequester-level funding on military readiness and performance, the case for funding hikes remains dubious. Requested Department of Defense (DoD) appropriations would bring funding back up past 2009-2010 levels, when the US presence in Iraq and Afghanistan topped 185,000 soldiers.

The status quo in Washington, D.C. certainly needs to be shaken up, and the Senate’s proposed scaling back of the federal government is a necessary first step. But politics is anything but a smooth process because monumental progress is often coupled with large setbacks. As long as the constant tug-of-war between interest groups continues, American citizens will have to foot the bill for trillions in wasteful spending. Lawmakers on both sides of the aisle can fight more effectively for taxpayers by making consistent cuts across the federal budget.  The biggest concern for taxpayers is that Congress will ignore the budget cuts and move forward with the budget increases, making the tax and spending reforms just another broken promise.

The Senate passing the budget resolution this week will be the first step in bringing about fiscal responsibility and moving one step closer to tax reform.