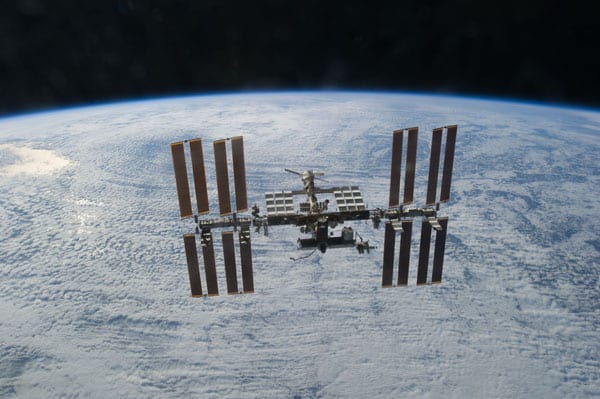 The International Space Station Would Be Better Off in Private Hands

This article originally appeared on Economics21 on February 19, 2018

The nation’s space program often entails sucking billions of taxpayer dollars into black holes. The President’s FY 2019 Budget, released on February 12, gives taxpayers a pleasant break from space oddities. The Budget proposes the removal of government funding for the International Space Station (ISS) by 2024, turning the project over to the private sector. Already this proposal is receiving criticism from some fiscal hawks blindsided by their love for federal forays into space.

Senator Ted Cruz (R-TX) called ISS privatization backers “numbskulls,” reasoning that “As a fiscal conservative,…one of the dumbest things you can to is cancel programs after billions in investment when there is still serious usable life ahead.” Senator Cruz is normally no fan of federal funding, but Texas is home to Houston’s Johnson Space Center, which oversees the Space Station. All politics is local.

Senator Cruz and others suggest that privatizing the ISS would mean squandering the $80 billion to $100 billion already invested in the Space Station over the past few decades. But just because the government invests in basic research does not mean that it has to fund and manage the project forever. By privatizing its share of the Space Station the government could save the approximately $3 billion spent in annual upkeep by NASA. NASA dubiously justifies the drain on its budget by pointing to a myriad of scientific advancements coming from research conducted at the Space Station—even though those could be undertaken by private companies.

Many scientific experiments are limited by the Earth’s gravity, making microgravity conditions in space a better alternative. A widely-touted application is drug development, which often relies on examining the proteins in human bodies. Researchers often crystalize these proteins to get a three-dimensional look, but the size is often too small for a thorough examination. Microgravity allows protein crystals to grow larger than on Earth, leading ISS backers to claim that Space Station experiments are critical for life-saving drugs.

This sort of narrow thinking, however, closes the door on cheaper ways to enlarge crystals down on Earth. Researchers at the University of Bristol discovered that strong magnetic fields can mimic the impact of microgravity in preliminary drug research. Researchers confining their work to Earth have a more viable path forward, due to intellectual property protections in countries such as the US and the UK. The Space Station, and outer space in general, does not have patent protection. As space lawyer Constance Gall Rhebergen points out, the collaborative international nature of the Space Station makes any sort of patents and enforcement tricky. That, and a lack of dispute resolution in space makes most companies unlikely to undertake major research endeavors beyond the stratosphere.

Other touted sources of innovation stem from current public-private collaborations. Technology from the Canadarm, developed for the U.S. Shuttle Program, helped researchers back on Earth create robots capable of operating inside MRI machines.

These spillovers will undoubtedly save lives, but cannot be used as a primary justification for a government-owned Space Station. Canadarm and similar robots cost hundreds of millions of dollars to develop and acquire. Successor technology has since saved the lives of under 100 cancer patients. While every life saved is a cause for celebration, it is possible that more lives could be saved if those resources were controlled by private companies.

That is not to say that there are no scientific activities worth pursuing beyond Earth. The status quo, however, forces taxpayers to subsidize research and innovation that could be done far more efficiently by private individuals in space or on Earth. If officials at NASA were truly interested in figuring out which space experiments were truly worth the cost, they would let companies and research organizations foot the bill for operational expenses at ISS.

Already, there are plans for other private space stations, and efforts are underway by other countries to build their own stations. These developments will lead to lower hub rental costs in outer space, and make truly worthwhile endeavors even more affordable. Private stations will make patent enforcement easier, and NASA can contribute by defining patent and copyright terms in space.

Privatization, however, will not necessarily be easy. The Space Station is internationally owned, and the United States would be limited to handing off the areas of the U.S. Orbital Segment (USOS) not managed by the space agencies of the EU, Japan, and Canada. America does have a lot of leverage, though, since it has contributed to the bulk of maintenance funding. Other powers would likely be unwilling to pick the tab in America’s absence, and thus sell off their own areas to other private actors. At worst, the other Western countries would make up the shortfall without privatizing, demonstrating that NASA funding was unnecessary to begin with.

Former NASA White House Liaison Greg Autry summed up the Space Station situation well, observing that, “Depending on who you talk to, ISS is either an incredibly valuable, fully depreciated piece of critical space infrastructure or an orbital sunk cost trap.”

Justifying ISS presence as a prerequisite to Lunar or Martian missions wrongly assumes only the federal government can oversee this research. Privatization will allow the burgeoning private space industry to foot the bill for its own risky endeavors.