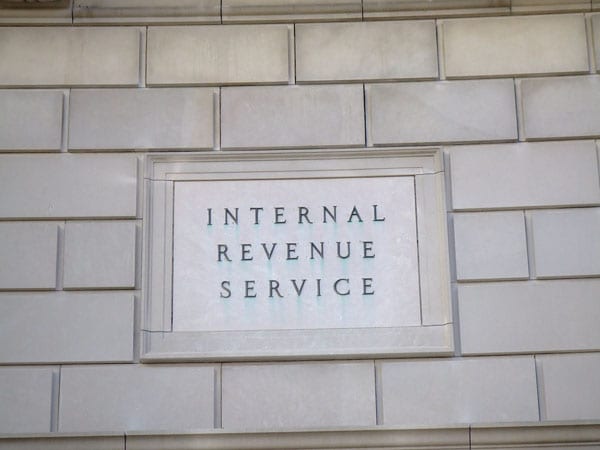 Tax Reform Must Include IRS Reform

This article appeared in The Daily Caller on September 29, 2017

Congress sits on the verge of comprehensive tax reform for the first time since 1986. Individuals and businesses of all sizes will likely find plenty to like in the bracket consolidations and rate reductions in forthcoming legislation. Absent all of the excited chatter about full expensing and low pass-through rates is a sober discussion of the problems facing the Internal Revenue Service (IRS). Taxpayers and policy wonks can’t be blamed for ignoring one of the least-popular federal agencies in the United States. But given the vital role that the IRS plays in realizing any changes to the tax law, lawmakers must ensure that the agency is well equipped to deal with a completely reformatted code.

With the rise of cloud computing and cutting-edge accounting technologies, it’s reasonable to assume that the IRS would use the latest technological tools to manage their gargantuan databases. Unfortunately, the Service hasn’t moved past the 1960s in technological prowess. According to a September audit conducted by the Treasury Inspector General (IG) for Tax Administration, nearly 70 percent of the infrastructure underpinning IRS operations is “beyond its useful life.” For the fiscal year 2016, 107 incidents requiring IRS support were traced back to aged software, with resulting replacement costs totaling $6.6 million.

While the auditors pegged the cost of a thorough modernization at $430 million, it’s naïve to assume the problem away by throwing money at it. The IRS has a long history of failed modernization initiatives, with a combination of bureaucratic malaise and changing tax law resulting in squandered efforts. In 1999, the agency launched an $8 billion Business Systems Modernization effort that was supposed to last for fifteen years. Eighteen years later, the percentage of outdated equipment continues to grow while the infrastructure “poses significant risk of failure.”

While the IRS bemoans a lack of funding as responsible for their current IT mess, the reality is far more complicated. Numerous observers have blamed a risk-adverse culture at the agency, with bureaucrats less-than-eager to upload taxpayer information to a private cloud. These concerns are not baseless, but must be weighed against the risks of using old systems that are easy prey for hackers. In the aftermath of the 2015 breach of the IRS that compromised 700,000 taxpayer accounts, system upgrades should be seen as risk-adverse. Updating fraud detection software, which was more than two decades old at the time of the breach, needs to be a part of a broader IT strategy that does not exist. While a master IT modernization plan purportedly exists within IRS’s five-year strategy memos, the IG’s report concluded that officials are likely unaware of guidelines. Existing agreements with cloud providers such as Amazon Web Services lacked an appointing official and failed to adhere to agency guidelines.

In an environment marked by poor communication, inadequate strategizing, and overall risk aversion, it is little wonder that IT modernization at the IRS has never worked out. Reform will not come easily, but a few alterations could go a long way toward cutting legacy IT costs and ensuring a safer taxpayer experience. Tying future agency funding to modernization benchmarks would turn agency risk aversion on its head, and put some muscle into reform.

To accommodate upfront investments by the IRS, Congress ought to clamp down on legislative mandates requiring significant agency time and money. In particular, complying with the minutiae of Affordable Care Act-driven tax law has directed attention away from IRS IT modernization efforts. While these reforms may prove impractical and unworkable, it is clear what won’t work. Throwing more taxpayer money at the issue, as Congress did this month, will only lead to more wasteful spending. Even if a comprehensive tax overhaul is passed into law, implementing large changes will prove a daunting task for the IRS. To ensure that much-needed reforms see the light of day, the agency needs to ditch its Kennedy-era operating systems.