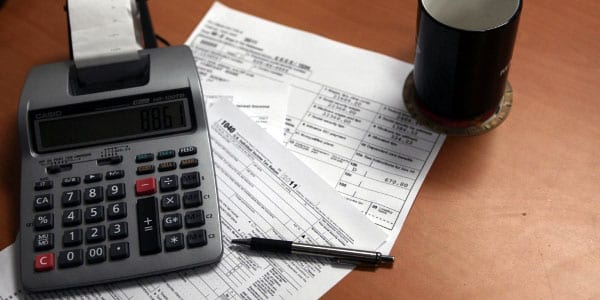 This article originally appeared in Real Clear Markets on April 16, 2018.

The month of April brings about two things Americans love: baseball and warmer weather. It also features our least favorite day of the year—Tax Day. And the fact that we get an extra few days (April 17) to file doesn’t take the sting out of filling out those tax forms and lining up at the Post Office. However, the Tax Cuts and Jobs Act (TCJA) passed last year may do the trick, leaving wallets a little heavier at the end of the day.

Signed by President Donald Trump in late December, the TCJA was an historic piece of tax reform legislation that was long overdue. The last time Congress tackled the issue was in 1986. Over the ensuing three decades, the global economy evolved and while other economically developed countries adapted, the U.S. tax system remained mired in the past. A lackluster economy, taxpayers struggling under a burdensome tax code and American businesses finding themselves lagging behind their worldwide competitors were the resulting consequences.

The TCJA remedied that economic stagnation and aimed to simplify an overly complex tax code. The legislation not only lowered our obscenely-high corporate tax rate, but also put in place a tax system that allows Americans to keep more of their hard-earned money. That enabled families to save for their children’s education or their future retirement.

As taxpayers pick up their pens and calculators and sit down to fill out their IRS forms, they should bear in mind several of the bill’s provisions that will keep more money in their pockets than previous years:

· Most individual income rates, including the top marginal rate, were lowered
· The standard deductions for single filers, heads of household and joint filers were nearly doubled
· The Child Tax Credit was expanded from $1,000 to $2,000
· The mortgage deduction was preserved

House Ways and Means Committee Chairman Kevin Brady (R-Texas) put it best when he said, “This legislation will deliver real relief to hardworking families in my district and across the country who will be able to keep more of the money they earn. It will create more opportunities for workers to find that next new job, earn that long-overdue raise, and get ahead. And it will revitalize our economy so American businesses can once again compete and win anywhere in the world – but especially here at home.”

Indeed, the non-partisan Congressional Budget Office (CBO) appears to agree with Chairman Brady’s assessment of the TCJA. In its recently released “The Budget and Economic Outlook: 2018 to 2028” the CBO projected that the bill will boost the Gross Domestic Product (GDP) by an average of 0.7 percent and create 1.1 million jobs over the next decade.

There has already been an economic impact as companies announced they would be handing out bonuses to their workers within days of the president signing the bill. More than 4 million workers received bonuses and the unemployment rate remains steady at 4.1 percent with the economy adding 103,000 jobs last month.

It is clear that passing the TCJA energized the nation’s economy. Yet more work needs to be done on tax reform. Many of the TCJA’s provisions will expire in eight years, including the reduction in individual income tax rates. Fortunately, Chairman Brady has indicated that Republicans are looking to make those cuts permanent this year. Larry Kudlow, the new Director of the National Economic Council, appeared to concur stating, “”there may be more action” on taxes. As there should be and the sooner, the better.

Also to be included in the next phase of tax reform? Much-needed IRS reform. As Chairman Brady noted, “We think a new and improved tax code really demands a new and improved IRS.” This is welcome news to taxpayers and long past due for an agency that is no stranger to controversy.

Tax Day will certainly never be a day Americans look forward to on the calendar, but hopefully, moving forward it will be a little less painful and leave more money in their pockets.