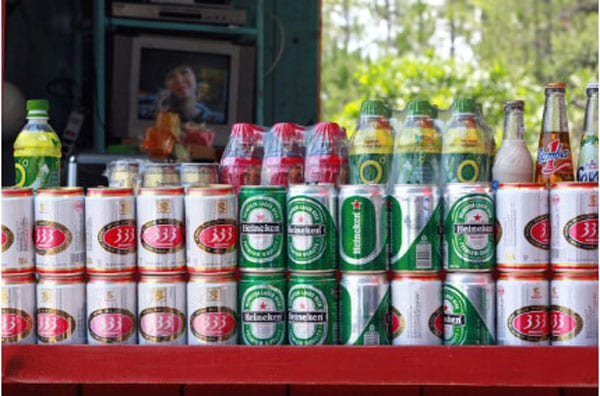 This article originally appeared in the Morning Consult on June 20, 2018.

In the wake of historic tax reform delivered by President Donald Trump and Congress, the American economy is showing strong signs of life. Just days ago, it was reported  that the United States added around 223,000 net new jobs in May, helping the economy reach an 18-year low jobless rate of just 3.8 percent. And with new tax reform in hand, taxpayers can expect to keep more of their hard-earned dollars in their pockets.

Those strong signals of economic health are part of what make the administration’s recent moves toward imposing new tariffs so confusing. According to reports, the president is now considering using Section 232 of a 1960s trade law, the same instrument he used to levy tariffs on imported steel and aluminum earlier this year, to create a new tariff as high as 25 percent on auto imports. While the president’s tariffs on steel and aluminum were certainly unpopular, this latest unsolicited proposal has been met with widespread criticism not only for its potential economic consequences here at home, but for the seeds of discord it sows with major trading partners such as Japan, South Korea and Germany.

It doesn’t make sense that Trump would risk dealing a major blow to the American economy with new tariffs when pro-growth policies are just now starting to generate real results.

Consider the serious consequences of the administration’s pursuit of tariffs. First, all tariffs are essentially taxes paid by consumers. In the case of steel and aluminum, the effect of tariffs is to raise the price of products made in the United States, affecting not just the obvious sectors such as construction, but raising the cost of everyday products such as washing machines, dryers and ovens. Jobs matter too. More than 7 million jobs in the United States are tied to the auto industry, which in turn is tied to the price of steel. Another 2 million jobs are supported by beer manufacturing, which is heavily influenced by aluminum prices,

According to the Peterson Institute for International Economics, these tariffs would affect more than $200 billion in U.S. imports, dropping American vehicle production by 1.5 percent and costing 195,000 jobs in the United States. Further, if competitor nations countered with their own tariffs, the drop in production could be a full 4 percent, costing 624,000 American workers their jobs.

Estimates from the Tax Foundation are equally grim. With the United States importing nearly $300 billion of vehicles from abroad last year, new tariffs would essentially create a new $73 billion tax increase for American consumers. The Tax Foundation estimates that this new de facto “tax” would drastically eat into the after-tax gains taxpayers are due to see from tax reform, with taxpayers in the bottom 80 percent shouldering the highest burden for this new tax on vehicles.

In fact, the lowest income earners will see nearly half of their after-tax gains from tax reform disappear should the President impose new tariffs on auto imports. That “two steps forward, one step back” result for taxpayers was a major part of why the Wall Street Journal recently editorialized against new auto tariffs, calling on the president to abandon the idea.

The reality is that all tariffs, whether on steel and aluminum or vehicles, are taxes. They burden consumers and businesses, push jobs away, and stress the economy in dangerous ways. All of these are consequences the American economy can ill afford as it claws its way out of stagnation.

It would be a shame to endanger the progress already being made to restore the American economy to full strength, but that is what the administration is doing by turning American economic policy toward protectionism.

Now, in the days when the pulse of the economy is quickening, unemployment is falling and companies nationwide are announcing employee bonuses and exciting new investments, the president and Congress should avoid doing anything that puts a dent in economic growth. With tax reform in hand, the president should abandon the path of protectionism by giving up the idea of new auto tariffs.