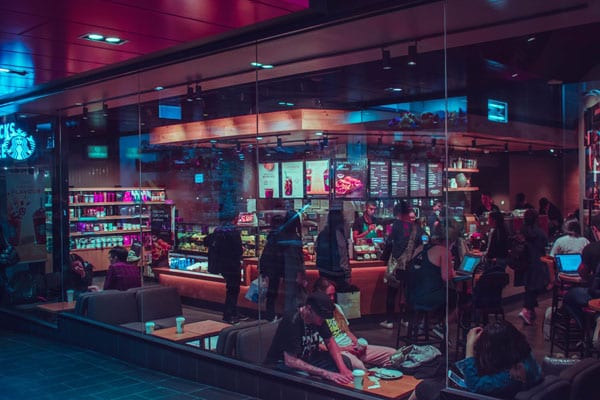 This article originally appeared in Economics21 on June 7, 2018.

For more than a decade, Starbucks has branded itself as a liberal company that MSNBC viewers can support. This careful posturing, though, was not enough to shield the company against accusations of racism after staff called the police on two African-American men sitting at a table without making a purchase.

Since then, Starbucks announced that all were welcome to make use of company facilities such as bathrooms and Wi-Fi, even if no purchases are made. But what if, instead of a panicked PR response, Starbucks’ open-access policy is an opportunistic ploy to put itself in a league of its own and receive more taxpayer subsidies?

Private companies with non-commercial public benefits can benefit from taxpayer money not available to competitors. Now, by angling itself as a public utility of sorts with its new open access policy, Starbucks has the potential to increase its government-provided subsidies while “virtue signaling” to its customer base.

Starbucks already receives subsidies from taxpayers. The company’s employee tuition program is only possible through a special arrangement with public universities such as Arizona State University (ASU), which offers a nearly 50 percent tuition discount for qualified employees. ASU receives more than $300 million from state taxpayers, meaning that this “special arrangement” is at least partly financed by taxpayers.

In analyzing Starbucks’ bold response to its racial optics problem, it is easy to declare its new policies to be an unprecedented embrace of “woke” politics in 2018. This, however, ignores a long history of companies and organizations ditching exclusivity and opening up to the public.

For instance, on Memorial Day weekend, millions of Americans walked up and down the hundreds of miles of boardwalks and beaches along the country’s coasts, eating jumbo pizza and soaking up sun. Some beaches and boardwalks, such as Ocean Grove, New Jersey, are maintained by private players, and usually rely on member and user fees for upkeep and maintenance.

Over the years, an implicit understanding has developed—more public access means more taxpayer-funded assistance in various circumstances. When Hurricane Sandy destroyed the coastline in 2012, publicly-owned areas were included in a gargantuan federal relief bill. Funding the reconstruction of the Ocean Grove area proved to be particularly thorny. The Federal Emergency Management Administration (FEMA) argued that the half-mile boardwalk in the city is a privately-maintained recreational area, while the Camp Meeting Association (the owning organization) countered that the area provided  “a public thoroughfare in providing emergency access and life-saving operations.”

After repeatedly denying requests for federal relief, FEMA finally reversed course in 2014 and approved reconstruction funding. Unlike the Starbucks kerfuffle, the Camp Meeting Association struggled to get public buy-in due to concerns over religious, rather than racial, bias. By most accounts, FEMA only reluctantly agreed to a 2012 court case forcing the Association to treat gay and straight couples equally in marriage hosting decisions. When the case was still being decided in 2011, FEMA refused to help Ocean Grove recover from damage from Hurricane Irene.

In receiving public funds, perceptions of equal and open access are important. This plays into a much older legal principle known as the Public Purpose Principle, which grants state favoritism to private interests if a compelling public benefit exists. The Encyclopedia of the American Constitution notes that, throughout American history, “private businesses were given special privileges in promotion of drainage, wharf facilities, supply of water to urban centers, and transportation facilities, as the Ohio Supreme Court declared in 1836, ‘because the public has an interest in them.’”

Starbucks’ provision of free bathrooms and Wi-Fi sets the company up to lobby for government privileges and taxpayer-financed construction or maintenance assistance. As Taxpayers Protection Alliance Foundation (TPAF) investigative reporter Johnny Kampis notes, large companies such as Google can reap sweetheart deals at taxpayer expense for rolling out public internet networks. As a newly-christened provider of free Wi-Fi, Starbucks is now in a similarly advantageous position. And, municipalities have shown a willingness to subsidize public restrooms even if the primary beneficiary happens to be a private company.

Often there more than meets the eye when it comes to branding. In Starbucks’ case, an “open access” policy is just the latest foray by private enterprise into the smorgasbord of government favoritism.  And, instead of altruism, opening up the non-paying public could be a cynical attempt to receive more taxpayer subsidies.