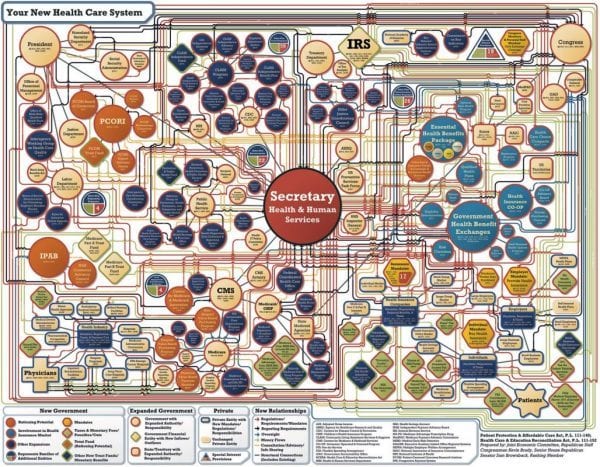 With much of Washington D.C. on vacation this month, the Taxpayers Protection Alliance (TPA) will remind everybody each week during the congressional recess about the amount of unfinished business politicians still have waiting for them when they return to work. This first edition of the “Recess Watch” focuses on the President’s Health Care law, also known as Obamacare. The President arrives in Martha’s Vineyard on August 10 for an eight-day vacation while Americans everywhere continue to feel the impact of the train wreck implementation of his signature domestic legislation.

There has been great concern among many Americans on all sides of the table about the impact the law is having and will have once fully functional. These concerns have manifested themselves into real action taken by stakeholders including insurance companies having to raise rates due to the increasing costs of Obamacare, employers dropping coverage because they can’t afford it, entities who once supported the bill looking for ways out seeing how it would dramatically change the existing coverage they currently enjoy. Sadly, the group most impacted by the law are average Americans who will be mandated starting in 2014 to carry some form of approved insurance or else face a massive tax (or penalty, or fee depending on who is interpreting the language).

As expected, TPA has been vehemently opposed to Obamacare and critical of the way in which the law has been selectively applied, or in some cases not applied, to groups that clearly have garnered favor and special treatment from the Obama Administration throughout his Presidency. Some of the most blatant “waivers” have come in the form of a “blanket exclusion.” A recent exclusion that received a great deal of publicity is the one made with Capitol Hill staff (on both sides) to ensure that their coverage can be retained and won’t face any change as the enrollment for exchanges begins this October. However, the most troubling “selective” treatment came just a few weeks ago on July 4th weekend when it was quietly announced that the employer mandate in Obamacare would be “delayed” giving businesses a temporary reprieve from a law that they long feared would negatively impact their businesses. There are two problems with this and it is important to identify each one in order to clearly understand why this legislation continues to be destructive and loaded with inconsistencies and inefficiencies.

The first problem is that some businesses have already been taking steps in order to meet the compliance requirements for Obamacare before they are actually compelled to do so. With a blanket delay, decisions they may have made and money they may have spent in order to comply may have been a waste of time, effort, and dollars that could have certainly been used in a better way. The other problem is that this move by the administration is an insult to those individuals who are already struggling with the current economic conditions of today and yet they have not been granted a reprieve, or a waiver, or an exemption into a law that is still unpopular and continues to be the train wreck that some have said it would be once implemented.

TPA shares the concern that this law will keep doing damage as more provisions are enacted, more taxes are levied, and more subsidies are granted. There is also cause for great concern considering that the IRS will be a major player in enforcing the law, which is why TPA was a part of multiple efforts to support getting the IRS out of Obamacare. Now, in light of the latest carve outs and delays for select groups, TPA was pleased to be a part of this letter calling for a one-year delay on Obamacare. It is essential that laws be capable of being functional if we are to have individuals mandated to follow those laws but in the case of Obamacare, “It is wrong to force people to participate in a system that is simply not ready.”

When President Obama and Congress return from their respective vacations it is imperative that they work together to enact a full delay of Obamacare as part of any Continuing Resolution in order to prevent:

The more attention and pressure brought upon the politicians to fix this problem, the more successful the effort. With that in mind, TPA will continue to press this issue as more and more Americans are realizing that Obamacare is a problem, it isn’t working, and it must be stopped.