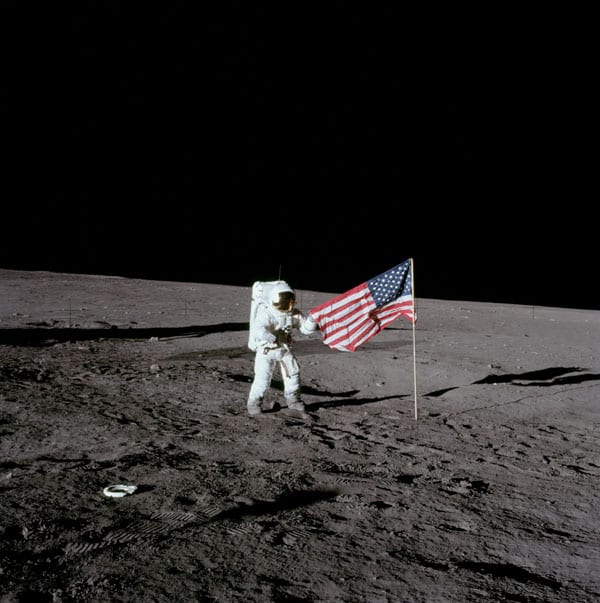 This article originally appeared in Wired on February 5, 2018

When it comes to space policy, reliving the glory days too often means pouring billions of taxpayer dollars into black holes. Preliminary budget plans suggest that the Trump Administration will provide funding for Space Policy Directive 1, which tasks NASA with getting humans back to the moon for the first time in over 45 years.

NASA is already testing the feasibility of using the Orion space capsule to get humans to and from alien worlds. President Trump’s directive, hatched from a unanimous recommendation from the National Space Council in June, has the agency eager to prove that it can once again taxi humans into space.

The itch to have a crewed mission to another world is one that afflicts every Administration, regardless of ideology. President George W. Bush also tried to set a Moon trip in motion, but plans were scuttled by his successor when a committee concluded in 2009 that costs were incompatible with current funding levels.

President Obama was more eager to explore deep space, and officials hatched out a complicated plan involving harnessing a boulder from an asteroid into the Moon’s orbit, and exploring the mineral content of the new mini-moon. The proposal proved unpopular among lawmakers and space nerds. This cycle may continue indefinitely, as partisan fights serve as proxies for warring Moon and Mars camps.

Regardless of disagreements over destination between so-called Martians (advocates for Mars exploration) and Lunatics (advocates for lunar exploration), there seems to be a consensus among lawmakers and NASA top brass that manned missions to somewhere else are worthy of billions of dollars in funding. This sentiment is even shared by fiscal hawks on Capitol Hill who would otherwise be critical of an agency that regularly experiences overruns with costs and schedule.

While budget proposals opt to downsize most agencies, lawmakers have elected to merely shift NASA’s focus from orbital data collection (e.g., monitoring global warming) to planetary science. But the moderate boost to funding that Congress has proposed is nowhere near enough for crewed missions.

The aforementioned 2009 committee concluded that a moonshot would take around $50 billion (around $57 billion today) above and beyond regular NASA funding over a 10-year period. And this is likely a conservative estimate, given NASA’s tendency to strap expensive, unnecessary additions to projects. Why are lawmakers turning a blind eye toward these astronomical figures, at a time of large proposed cutbacks?

Traditionally, the justification used for getting there first was a form of space nationalism; just think of all the prestige that came to America after the moon landing. On its website, NASA answers the question ‘what did we get from Apollo?’ by stating: “First, and perhaps most important: it was realized at the time of President Kennedy’s 1961 proposal that the primary motivation for sending a man to the Moon was political, not scientific.”

Sure, there were important scientific benefits; remote sensing work on the Moon spearheaded important Earth satellite work. But remote sensing work just reinforces the importance of uncrewed missions, which are far more viable today than they were 50 years ago. When it comes to learning critical facts about other worlds, robots are simply better equipped than humans. Robotic explorers, for example, detected water on the Moon that astronauts overlooked decades prior.

Lunar analysis, along with countless other scientific ventures, can be done at a fraction of the cost via unmanned missions to other worlds. Cambridge Cosmology and astrophysics professor and astronomer royal Martin Rees rightly criticizes current manned proposals, pointing out, “the practical case [for human spaceflight] gets weaker and weaker with every advance in robotics and miniaturization.”

Ultimately, the American thirst to put people on other worlds harkens back to the international anxiety of the Cold War. The us-versus-them mentality of the 20th century remains, but the foe has changed since the collapse of the Soviet Union in 1991. China announced that it wants to land humans on the Moon by 2036, and the European Space Agency is keen on creating a lunar village.

But shooting hundreds of billions of dollars into space to advance American prestige ignores all other possible uses of these dollars. American inventiveness can enjoy a renaissance by keeping in place the broad-based tax reform recently enacted by Congress.

With a greater incentive to innovate, individuals and businesses are more than capable of the moonshots that will continue to propel America forward. Crewed missions to other worlds, however, offer little promise at an astronomical cost to taxpayers.