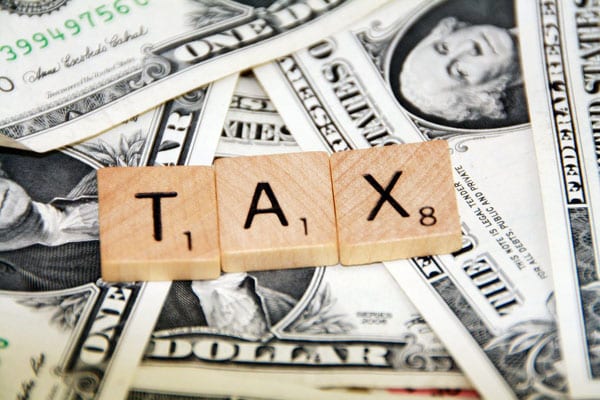 This is the first of a two-part series on public policy in the Republic of Georgia. On Friday, Taxpayers Protection Alliance policy analyst Ross Marchand will address the International Black Sea University in Tbilisi on economic reform in Georgia and the United States.

When comparing the United States to the small Asian nation of Georgia, it’s easy to dwell on the differences. At first glance, the former Soviet republic bears little in common with America, both in culture and politics. But Georgians’ enthusiastic embrace of free-market principles and responsible governing offers many parallels and lessons for lawmakers in Washington, DC. While left-leaning politicians and talking heads lovingly long for the “Swedish model,”taxpayers and consumers would be best served by the Georgian model.

Since the breakup of the USSR in 1991, institutional development has rapidly advanced in Georgia. Individual and corporate tax rates are now lower than most European countries, allowing international companies a haven from high-tax Western destinations. The corporate tax rate of 15 percent ranks considerably below the US federal rate of 35 percent, as well as many Western European countries (i.e. France, Germany, Finland, Sweden) that have embraced corporate reductions over the past decade.

Income tax rates also remain below that of the United States, with a Georgian top rate of 20 percent compared to the American rate of 39.6 percent. Pundits and lawmakers have argued that individual and/or corporate rates are insignificant for economic growth, and deny the link between low taxes and prosperity. But in both countries, small businesses “pass through” their incomes through individual tax brackets, making high rates a deterrent to hiring and wage increases. The corporate tax is another deterrent to job creation, as affected businesses large and small are forced to halt expansion plans and undress prices on consumers.

Unfortunately, the news on Georgia’s tax policy isn’t entirely positive. The Caucus nation imposes a hefty 18 percent Value-Added Tax (VAT) on most products sold within its borders. The VAT is a blunt instrument for collecting revenue, as sales taxes hit the poor especially hard. Moreover, VATs are an insidious way of growing any government, since taxes are hidden in the price of the gold or service. Consumers regularly misidentify tax increases as inflation, making citizens less informed and willing to fight the latest machinations of their government.

Finally, VATs are a particularly cyclical way of bringing in revenue, with collection dollars dropping significantly during recessions. This drop-off makes hungry governments turn to deficit spending during recessions, in turn further crowding out private investment and increasing uncertainty as to how the government will pay its bills. For these reasons, the Taxpayers Protection Alliance and other taxpayer groups in the US fought voraciously against including the Border Adjustment Tax (BAT) in tax reform legislation. As a backdoor method of imposing a VAT, a BAT has unfairly punished taxpayers and create all the wrong incentives for long-term growth. If Georgia is looking to keep up its high levels of growth, ditching the VAT is a necessary first step.

The U.S. in turn can follow Georgia’s example by slashing individual and corporate rates. The reform blueprint released by the “Big Six” two weeks ago proposes to do just that, reducing the individual rate from 39.6 percent to 35 percent, and the federal corporate rate from 35 percent to 20 percent. While these changes will still leave America with a higher corporate tax rate than countries like Georgia, engineering such a large reduction is a welcome first step.

But tax rates are only one piece of a larger puzzle. Americans spend 6 billion hours and $262 billion dollars annually on tax preparation, according to the National Taxpayers Union Foundation. Despite numerous attempts by the Internal Revenue Services to modernize their services, internet services remain unreliable and vulnerable to hacking. The Business Systems Modernization faces billions of dollars in cost overruns, with poorly realized initiatives that weren’t fully adhered to. Contracts between the IRS and website consultants went outside the “best practices” set forth by the federal government, and goals have not been explicitly stated.

In contrast, Georgia has taken the initiative to streamline their preparation practice and roll back some complexity in the tax code. Throughout 2012 and 2013, the Georgian Parliament continually passed measures making it easier to file taxes online and sort through records electronically. Additionally, a lengthy annex to the corporate code was abolished earlier this year, decreasing compliance costs and by extension reducing the price of products for consumers.

But the grass is not always greener on the other side. The latest “Doing Business” Report by the World Bank concludes that corporate tax audits in Georgia take around 100 hours to resolve, versus only 86 hours in the United States. Clearly, Georgia has a long way to go in providing certainty to businesses under investigation by the government.

Since gaining its independence from the USSR, Georgia has grown by leaps and bounds. The mid-3 percent growth rates of the past few years may be considered slow by Georgians, but are nonetheless envied by many more developed nations battling off recession after recession. With transparency scores above richer countries like Spain and Italy, and a commitment to low tax rates, the Caucasus nation offers a useful model to the United States. A political model centered on minimal government interference can and will produce results if lawmakers have the courage to implement such reforms.