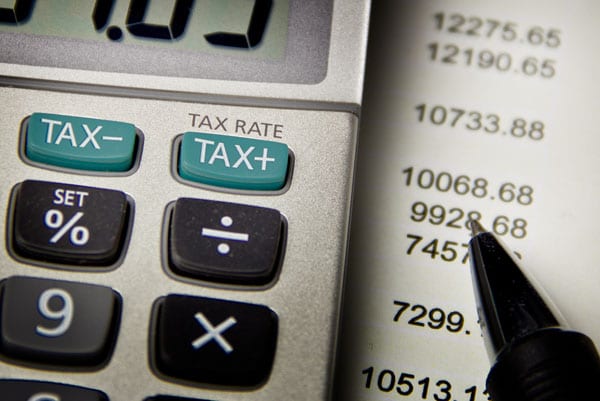 This article originally appeared in National Review on April 18, 2018.

Millions of Americans are beginning to see the fruits of the federal tax overhaul passed in December, with higher take-home pay, bonuses, and a stronger job market. However, these good times could soon end in some left-leaning states that are considering raising their income taxes. New Jersey, Massachusetts, and Maine may soon place surtaxes on “millionaires,” via legislation in the Garden State and ballot measures in the others. To proponents of larger government and greater state-level redistribution, raising rates on “fat cats” is a perfect way to fund more Medicaid and anti-poverty spending, which is perceived to be under threat at the federal level.

A silver lining for state tax battles in 2018 is that supporters of tax increases have a new problem to deal with, due to the passage of federal tax reform: The limitation of the state and local tax (SALT) deduction. The provision, which President Ronald Reagan called the “most sacred” of cows in the tax code when he attempted to repeal it in 1986, was previously unlimited and gave state and local governments a harmful incentive to increase their taxes and spending. States could then take advantage of the federal subsidy by socializing their excess costs to taxpayers from other states. Now, instead of having the unlimited ability to “write off” state and local tax burdens on federal returns, individual taxpayers who itemize are limited to a $10,000 annual deduction. That just might bring about the political opposition necessary to stop many tax increases.

It explains why liberal governors, such as New York’s Andrew Cuomo and California’s Jerry Brown, have been up in arms about federal tax reform, despite all the demonstrated benefits Americans are enjoying. After explaining that one of his first priorities for 2018 would be a “millionaire’s” tax increase, New Jersey state-senate president Steve Sweeney recently admitted that the removal of the SALT deduction could force him to “reevaluate everything.” These policy debates give us all a clear demonstration of why limiting the SALT deduction was an essential element of the 2017 federal tax reform. We can only hope the SALT deduction is fully eliminated in the next round of federal tax changes.

An additional problem for proponents of “millionaire’s taxes” is economics. Progressives take it for granted that tax hikes will actually raise the amount of new revenue they desire. Unfortunately for the tax-and-spend crowd, the tax increases they seek run headlong into a basic economic principle: The Laffer curve. Named after the legendary economist and Reagan economic adviser Arthur Laffer, it illustrates the damaging impact that excessive tax rates have on incentives for individuals to engage in economic activity and shows how tax increases can lead to much lower tax receipts than official static government estimates project. This isn’t just an economic theory for an economics classroom, either. Ample data on interstate migration caused by tax changes testify to the truth of the Laffer curve.

Data from the American Legislative Exchange Council’s annual Rich States, Poor States report highlight the longstanding interstate migration patterns toward low-tax states — and particularly the nine states that are without a personal income tax altogether. The no-income-tax states have outperformed their high-tax counterparts in terms of personal-income growth, migration, and even tax-receipt growth for decades. Current estimates suggest the 2020 census will bring five new U.S. House seats to the no-income-tax states due to the enormous population gains they have seen in the past decade. High-tax states such as Illinois and New York are set to forfeit seats.

Too often, well-intentioned policymakers turn to large tax increases to finance generous program-funding promises when coffers run low. Prominent millionaires respond to these proposals by threatening to leave, and research shows that the well-to-do regularly follow through on these promises. It is also often overlooked that the vast majority of small businesses are structured as sole proprietorships, partnerships, or S corporations and thus file on the individual side of the tax code. While the so-called “progressives” think they are targeting trust-fund babies and “fat cats” with millionaire’s taxes, the sad truth is that these taxes hit small businesses, along with their employees, and kill the jobs they would otherwise be able to create.

If New Jersey, Massachusetts, and Maine approve new millionaire’s taxes, the economic prognosis is not optimistic, based on years of experience from New York and other states. When it comes to higher taxation, interstate emigration is just the tip of the iceberg. As the Taxpayers Protection Alliance has previously pointed out, lower-tax states enjoy greater innovative activity and scientific research. Any benefits that might come from millionaire’s taxes simply don’t make up for the economic and social toll caused by the loss of innovative activities and correspondingly lower job creation. In the midst of game-changing federal reforms and widespread liberal resentment, scapegoating the wealthy is a proven political strategy, but it fails Economics 101.