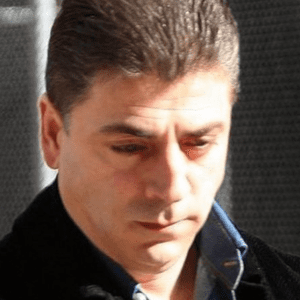 Lawmakers Need to Say ‘Fuggedaboutit’ to Costly Taxes and Regs

This article was originally posted in Inside Sources on March 26, 2019.

“The end of the Mafia as we know it?” Fuggedaboutit.

The recent murder of Gambino Family crime boss Frank Cali in front of his Staten Island home shows that “La Cosa Nostra” is still alive and kicking, even if authorities aren’t exactly sure of the motivations behind the killing.

On a day-to-day basis, the Mafia operates more like a stealth, corrupt government than a viper assassination squad. Construction, shipping and loansharking businesses fall under the sway of crime families, who infiltrate companies and unions to create fake jobs and siphon dollars off of bloated contracts.

But the real dollars come from the black market, since the Mafia offers protection to “wiseguys” dabbling in services restricted or heavily regulated by the government. Lowering tobacco taxes and cutting red tape and useless regulations, then, can play a key role in reducing mob violence and influence.

One classic money-making scheme for the Mafia has been the illicit smuggling and selling of tobacco. Widespread tobacco bootlegging made the major crime families a fortune in the 1970s and continues to cost taxpayers billions of dollars each year in lost revenue. When taxes result in the price of cigarettes in New York State being more than double than that of Virginia or Kentucky, black market business booms and criminals win.

In addition to time-tested schemes, crime bosses are always looking for new ways to make a dollar on the destitute. Under Cali’s tenure as head of the Gambino family, the organization focused on “peddling opioids such as heroin and oxycodone.” The Godfather realized that if legal medications are too expensive or too difficult to obtain, the crime family could make easy money selling painkillers. This connection is apparently lost on New York Gov. Andrew Cuomo, who continues to push state lawmakers to revive an opioid tax that was ruled to be unconstitutional by a federal judge in 2018.

Cuomo is also not keen on mobile sports betting, arguing that legalizing the practice would be a blow to the casinos that he sees as an economic development vehicle for Upstate New York. But legalizing online betting would also strike a blow to the Mafia, which makes hefty profits on sports wagers.

Federal policy has also been a boon to the Bonannos of the world. Since the start of the Mafia in America, the major families have been active in doling out high-interest rate loans. Cash-strapped individuals and businesses with terrible credit histories turn to mafiosos as a last resort, with the catch of sky-high interest rates and some serious knee-breaking for enforcement. This business model has been bolstered by a rising tide of federal tape over the past decade. Last year, the New York Post reported, “There’s still plenty of money to be made among the bent-nose set. Strict regulations that went into effect following the mortgage meltdown provided a nice boost to the business of street loans — fast cash at an exorbitant rate.”

Community banks used to be reliable lenders for vulnerable groups, but Dodd-Frank regulations signed into law by President Barack Obama have made it difficult for these banks to stay in business. According to a 2014 report published by the Mercatus Center, “A large majority of respondents view Dodd-Frank as more burdensome than the Bank Secrecy Act and the participating banks reported substantially increased compliance costs in the wake of new regulations. … The increased regulatory burdens have led small banks to reconsider their product and service offerings.”

As small banks were drowned in mountains of compliance costs, the Consumer Financial Protection Bureau went after payday lenders for “predatory” debt collection tactics. The Bureau strong-armed ACE Cash Express into a $10 million settlement in 2014 after the payday lenders allegedly called delinquent borrowers too much and threatened extra fees and legal actions. But, payday lenders provided a much-needed service for inner-city folks, and their annoying tactics are nothing compared to the competition. For borrowers in debt to the Mafia, “the ever-present threat of violence encourages repayment,” and the occasional punching and car-door slamming keep these threats credible.

Fortunately, federal policymakers are starting to get the memo that more rules and restrictions grease the gangsters. A partial rollback of Dodd-Frank that was signed into law by President Trump in 2018 allows community banks some reprieve from financial “stress testing” and capital requirements by regulators. But the bill still leaves many of the regulations intact, meaning there’s still a need for expensive compliance consulting for smaller banks. And, the CFPB is still free to harass the Mafia’s competitors in the future.

To whack the mob, federal and state lawmakers need to work together to nix the taxes and rules that let gangsters rule.