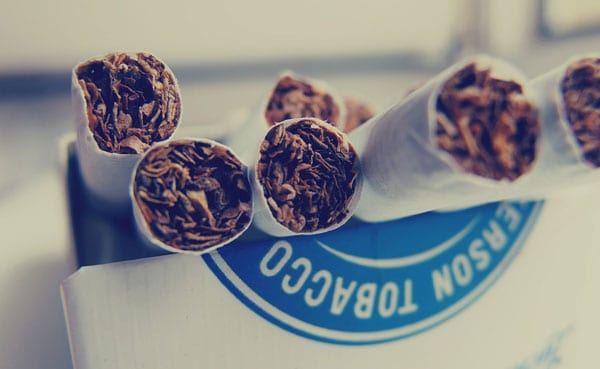 It’s a special kind of irony when lawmakers gamble on the legal lifestyle choices of others to compensate for the poor budgetary decisions that they make. Time and time again lawmakers turn to taxing soda and tobacco as lucrative revenue opportunities. But, budgeting problems stem from not spending money effectively or profligate spending rather than not having enough money. Budgetary solutions shouldn’t come from tax increases, they should come from fiscal discipline. In addition to lost revenue, another consequence of raising tobacco taxes is the increase in illicit trade of tobacco that fuels criminal enterprises.

States such as New York and California continue to increase taxes on cigarettes in an effort to raise revenue and deter smokers. By design, this plan is paradoxical. If states want people to stop smoking, and the higher price point on cigarettes successfully inspires smokers to quit, states lose a valuable source of revenue. But, the taxes don’t raise the expected revenue and smokers don’t quit.

It is no surprise that the decision to raise taxes on cigarettes is backfiring spectacularly. Illegal cigarettes are now robbing taxpayers of an estimated $40 billion in tax revenue each year.

Lost revenue isn’t the only consequence of high tobacco taxes. By raising taxes, policymakers fund a growing black market for cigarettes. Smokers eager to find cheaper alternatives can easily find illegal cigarettes. Not only are cartons of cigarettes readily available on the darknet, gas stations and drug stores are also selling them. The demand for cheaper cigarettes and profit potential is substantial enough for even legitimate store owners to sell illegal products alongside the real thing.

There is no shortage of readily available illegal cigarettes because it is a low budget, lucrative product to traffic. Profit margins are high – $100,000 of untaxed cigarettes can be resold for $2 million. Prospective criminals aspiring to manufacture the product also face few market entry barriers. Unlike narcotics, materials needed to produce cigarettes are inexpensive and easy to purchase. Risk of getting caught is also low with just 3 percent of the Alcohol and Tobacco Tax and Trade Bureau’s budget dedicated to tobacco tax evasion.

Lawmakers can (and do) show blatant disregard for taxpayer money, individual liberty, and sound economic policy but they should not ignore the dangerous consequences of doing so. Not only do the policies harm constituents at home, they also contribute to international crises. Illicit cigarette profits finance narcotics, human trafficking, and terrorism.

Canadian officials have warned about profits obtained through illicit trade. According to Public Safety Canada, “The cycle of production, distribution, sale and end-user of contraband tobacco is a crime driven by greed and an opportunity for criminal enterprises to expand their reach. As such, criminals have become well networked and are involved in all aspects of the contraband tobacco cycle. “Their illegal activities have a significant impact on Canadian society. Persons involved in contraband tobacco, including the end users, are undermining global and domestic health objectives, contributing to the proliferation of organized crime, inviting criminals into their communities, undermining the local legitimate economy and evading taxes that support Canada’s social programs.”

New York’s tobacco tax made headlines in 2014 and showed that illicit trade has real life and death consequences in the United States. On July 14, 2017, Eric Garner was arrested and killed by police. The crime he committed was selling illegal cigarettes. According to The Washington Times, “The role of New York’s high cigarette taxes in the death of Eric Garner drew more scrutiny Sunday as his widow said that he was targeted not because of his race, but because he continued to defy local ordinances by selling loose cigarettes. Esaw Garner said police in Staten Island knew her husband sold individual cigarettes and would harass him, calling him ‘cigarette man’ and her ‘cigarette man wife.’”

States must consider carefully the consequences of raising cigarette taxes because little can be done to reverse the damage. Once illicit cigarettes enter the market, there will not be an incentive for smokers to purchase cigarettes legitimately. That tax revenue is gone but the criminal activity from the profits of illicit trade will remain.