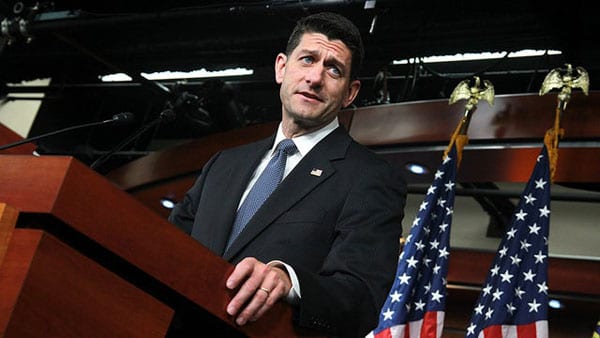 Dear Mr. Speaker, the Clock is Ticking on Tax Reform

On June 20, House Speaker Paul Ryan (R-Wis.) delivered a speech on comprehensive tax reform that should delight citizens across the country fighting to downsize the tax code and lower rates. In the speech delivered at the National Association of Manufacturers’ office, Speaker Ryan highlighted the issues with the current code, including overall complexity, outlandish corporate rates and numerous burdensome provisions, like the death tax.

Most importantly, however, Speaker Ryan stated, “We are going to get this done in 2017.” That is a promising line from Speaker Ryan, in that it signals his resolve to tackle this “once-in-a-generation opportunity.”

It has been more than 30 years since the tax code has been updated, and it is beginning to show its age. As Speaker Ryan alluded to in his speech, the current tax code has serious issues — it features the highest corporate tax rate in the developed world, harms small businesses and is incredibly time-consuming for everyday Americans and business owners to complete.

Luckily, there is a unique opportunity for comprehensive reform now. For the first time in years, there is Republican leadership in both chambers of Congress, as well as the White House. Furthermore, the Republican Party gained more momentum when Karen Handel won the special election for Georgia’s 6th Congressional District last week.

It is important for Speaker Ryan and the rest of the Republican lawmakers on Capitol Hill to seize this momentum and pass comprehensive reform in short order.

If for nothing else, legislators should pass tax reform for the sake of their constituents — it is an issue that Americans care deeply about. According to a poll from the American Action Network, three-quarters of Republican voters consider tax reform one of the most important issues.

This is not to say there have not been promising signs from Capitol Hill on this front, and Speaker Ryan’s speech on June 20 was a step in the right direction. The House Ways & Means Committee and President Trump have published thoughtful pro-growth tax reform plans that illustrate how comprehensive tax reform would benefit all Americans.

But now, it is time for lawmakers in Washington, D.C. to “walk the walk” and pass transformative legislation. Some have floated the idea of cancelling the congressional August recess in order to focus on reaching a consensus on a tax reform bill. Given what’s at stake, the Taxpayers Protection Alliance wholeheartedly supports this idea if it means passing pro-growth, comprehensive tax reform before the end of the year.

The world was a far different place in 1986, the last time we had comprehensive tax reform. America’s tax code has stood athwart in time, defiantly growing each and every year. With the current opportunity on Capitol Hill and the recent momentum coming from Georgia, it is high time for a change.

As indicated in a promising speech last Tuesday, Speaker Ryan knows how long Americans have waited, and he understands the dire need for comprehensive tax reform in the United States. It is time for Speaker Ryan and his fellow legislators to act on their promise — the clock is ticking.