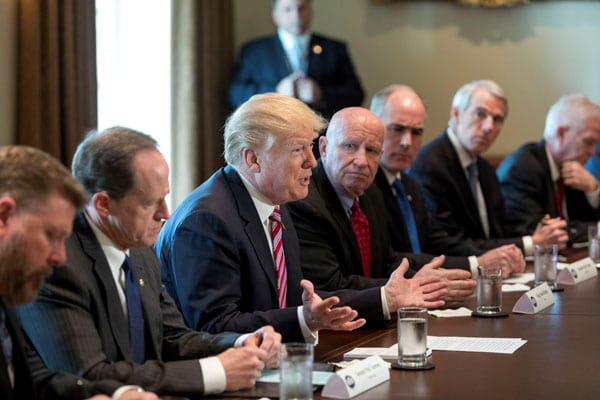 This article originally appeared in the Washington Examiner on July 12, 2018.

Taxpayers are accustomed to seeing state and local governments draw up sweetheart deals with big businesses and sports teams at a gargantuan cost. Defenders of crony capitalism say opponents of such favoritism are shortsighted. Bribing corporations to move to their state, they say, ultimately benefits everyone by contributing to economic growth and growing tax revenues.

In trying to lure Amazon to Maryland with a multibillion-dollar package of subsidies and targeted tax breaks, Gov. Larry Hogan called Amazon’s proposed new headquarters the “single greatest economic development opportunity in a generation … that makes Maryland competitive with any state or city in the country — we’re playing to win.”

But what if narrow giveaways to business behemoths actually make states less competitive over the long run? A recent study by Troy University scholars demonstrates that “economic development” aid rarely delivers the goods of higher state growth and economic freedom. The results underscore the need for state taxpayers to remain vigilant against shortsighted attempts to lure in industry.

As previously documented by the Taxpayers Protection Alliance, state and local subsidies to businesses span across virtually all industries. E-commerce giants, sports teams, and energy companies are just some of the beneficiaries of government largesse. But these companies tend to be large and use government aid to undermine their upstart competitors.

Good Jobs First, a government watchdog, analyzed 4,200 state government contracts doled out from 2007 to 2014 and found that around 90 percent of monetary value accrued to large corporations, those with more than 100 employees. These enticements could, in theory, create a domino effect of prosperity for the host state and its residents. Data across states and localities show that government revenue is tightly correlated with economic growth and development. Government-led projects could more than pay for themselves, then, if they generate sufficient economic growth.

Yet this rarely happens. Of 32 peer-reviewed studies on the impact of targeted subsidies on the community at large, only three find a positive impact. Moreover, case studies examining development programs in Arkansas, Florida, and Missouri fail to show any correlation between subsidization and private job growth. The Troy University scholars also examined the impact on state corporate aid on the size of government, including tax rates and spending levels. Rather than make more money available in state coffers for tax reductions, the study’s authors find that “states that use targeted incentives most intensely have lower levels of economic freedom.”

Moreover, the authors’ data contradict the idea that “all the states are doing it.” There exists a big gulf between the big subsidizers and nonplayers. The study reports that the “difference in incentive deal activity is enormous: $2,730 for all incentives and $1,269 for mega deals versus $44 and less than $8 (per million dollars of GSP) for the ten states using incentives the least.”

Amongst the most active subsidizers, the measure of overall “economic freedom” declined roughly 1.5 percent from 2000 to 2014, while the least-active state saw an increase by the same amount. Disentangling these impacts by subcategory, the level of regulation stayed the same regardless of the amount of corporate welfare made available. But taxes and government spending increased in states with “economic development” programs, undercutting the idea that corporate welfare makes the wider community more prosperous.

States like Hawaii and New Hampshire that have practically zero state corporate subsidies prove that states can embrace prosperity without state and local handouts to large businesses. Corporate welfare is not only unfair, but also impedes prosperity and fuels the fire of government intervention in the economy. Taxpayers deserve better than their hard-earned dollars being redistributed with a negative return on the dollar.