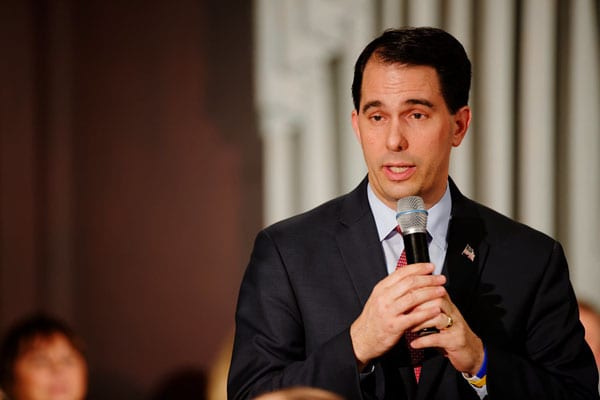 Congress has acted; now, states need to fix their tax codes, too

This article originally appeared in the Washington Examiner on June 18, 2018.

In the aftermath of the historic federal tax reform passed in December, it’s easy to declare “mission accomplished” and divert attention to other pressing issues. But the problem of bad tax policy has not gone away, it has merely shifted from D.C. to state capitals across the country.

Case in point: Madison, Wis., where in April, Gov. Scott Walker signed into law a one-time tax payout for families in the state. The payments began going out in May, and will continue until early July.

Although the legislation is being billed as a tax cut, cutting $100 checks per child is reminiscent of President Bush’s failed stimulus plan and continues a troubling precedent of handing out favors and cash in an election year. Instead of paying families for answering basic questionnaires online, elected officials should embrace comprehensive rate cuts and bracket consolidation. By following the lead of successful reform efforts by other states, Wisconsin can reject faux populism and power its economy forward.

Wisconsin’s current tax system is a hot mess. According to a 2018 analysis by Wallethub, the Badger State’s tax burden is 16th highest in the nation, with a combined average burden of nearly 10 percent. Wisconsin taxpayers have four state brackets to grapple with, on top of seven federal brackets. And the bulk of the 7.9 percent corporate tax rate gets passed on to workers and customers in the form of lower wages and higher prices.

Walker has taken steps in the right direction, but with limited success. Legislation was passed in the 2013 legislative session that reduced the number of brackets from 5 to 4, and reduced the top rate from 7.75 percent to 7.65 percent. Still, continued inaction invites tax migration to nearby states such as Michigan and the Dakotas that have far lower overall tax burdens.

Faced with an election year and a lack of tax reform options, Walker and his legislative allies created a website where families can claim $100 checks for each child claimed as a dependent. This makes for great politics, especially at a time when Democrats have staged several special election upsets in Wisconsin. But handing out checks makes for terrible economic policy, and so it endangers Walker’s long-term brand in Wisconsin.

Voters are all too acquainted with Wisconsin’s checkered record in saving for the future. Saving money for long-term structural costs must go hand-in-hand with broad based tax reform that simplifies the system while reducing rates for all.

To see what this would look like in practice, Walker and lawmakers would be wise to look at North Carolina’s policy decisions over the past few years. In 2013, lawmakers crafted a tax reduction package, slashing the corporate rate from 6.9 percent to 2.5 percent and reducing the top personal tax rate from nearly 8 percent to 5.25 percent. These changes have transformed North Carolina into an attractive prospect for growing businesses. They have also given Northeastern retirees a closer relocation alternative to Florida.

Meanwhile, dire predictions of red ink and underfunded social programs have not come to pass. In fact, the rainy-day fund is overflowing at nearly $2 billion, and teachers have recently had their pay increased.

North Carolina is not, of course, all sunshine and daffodils. A look at compensation data provided by the North Carolina government confirms that pay remains unreasonably high for public workers. And, the generous insurance and pension benefits are a continued drain on taxpayers. But the state’s experience provides an important template for states like Wisconsin struggling with fiscal reform.

Simply handing out checks may seem like a nice gesture for struggling families, but such gimmicks won’t rev up the state’s economic engines.

Real reform would lead to increased savings as people put in more work hours and expanded businesses. A flat check cannot accomplish that.

Real reforms can increase prosperity, while prompting other states to double down on their own efforts to give taxpayers a break.