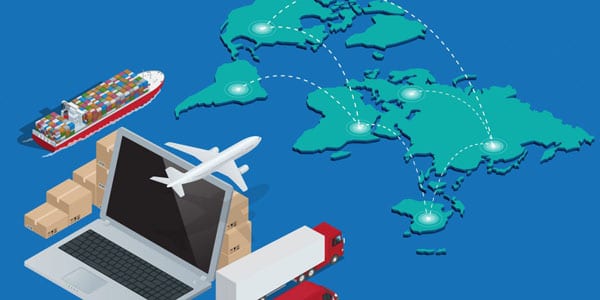 As Tax Day Approaches, Taxpayers Sound the Alarm on Tariffs

As America approaches Tax Day 2018, it’s tempting to declare victory in the battle for tax reform. In December of 2017, after all, Congress passed the most significant reform of the American tax system in three decades. In addition to sizeable across-the-board reductions in individual tax rates, tax cuts for businesses large and small were enshrined into law.

But unfortunately, taxes come in more than one form. Taxpayers and consumers found this out the hard way during the first few months in 2018 when the Trump Administration announced an array of new trade tariffs on products produced in foreign countries.

Now, if the Administration fails to reverse course, hard-working Americans will feel the brunt of double-digit price increases for household items and everyday appliances. These changes effectively undue the tax changes driving economic prosperity, while leaving the door open to dangerous unintended consequences.

Over the past year, the prospect of continued trade harmony between the U.S. and its largest partners has come into jeopardy. The first act of protectionism came in January, when Administration imposed unnecessary tariffs on imported large residential washing machines and imported solar cells and modules.  In a coalition letter the Taxpayers Protection Alliance warned, “If foreign governments imitate the U.S. government’s inappropriate abuse of safeguards remedies, U.S. exports of manufactured goods could decline.”

Markets were further spooked when President Trump announced a series of tariffs on steel and aluminum products in the beginning of March. The rates, set at 25 percent and 10 percent respectively, were bad news for the dollar, as investors feared the possibility of a trade war and dropped their greenbacks.

On April 4, the Chinese Ministry of Commerce announced new taxes on 106 products, amounting to roughly $50 billion worth of U.S. exports. Observers noted that the roughly $16 billion worth of civilian aircraft targeted excludes more expensive jetliners (ie. Boeing 747 and 777), leaving future targets in place should the US double down and increase tariffs in response to China’s declaration. China was hardly alone in threatening to increase tariffs on American-made goods; European Commission President Jean-Claude Juncker stated, “We will put tariffs on Harley-Davidson, on bourbon and on blue jeans — Levi’s” if the American Administration refuses to cave.

But threats of retaliation are hardly the only issue with the Trump Administration’s insistence on tariff rate hikes. While officials have stubbornly clung to the idea of tariffs as a way to safeguard domestic competitors against foreign rivals who allegedly play unfair, the blurring lines caused by globalization considerably complicates the “us versus them” mentality.

Despite being based elsewhere, targeted importing companies like Samsung and LG are responsible for thousands of jobs created in the United States,  Attempts to punish them for providing lower prices for customers can easily harm job and wage growth in places like Tennessee and South Carolina. In turn, derailing the growth of companies creating jobs and increasing wages in the United States could have detrimental impacts on tax collection, leading to a double whammy for taxpayers left to pick up the tab for lower revenue.

Ultimately, taxpayers and consumers lose the most when economic nationalism rears its ugly head. That doesn’t mean, of course, that existing trade accords are perfect as is. The current de minimis threshold– the dollar amount that imported goods are tariff-exempt until- is $800 in the United States, compared to $50 for Mexico and C$20 for Canada (roughly $15). The exceptionally-low thresholds from Mexico and Canada ensure that American exports such as software programs, video game consoles, and sporting goods are at a large disadvantage compared to their cross-border competitors.

But these problems cannot be solved via costly trade wars that will only cause nations to double down on their own tariffs. Tax reform can be expanded by keeping tariffs low for consumers and businesses alike. By reversing course on a misguided tariff policy, the President can cement recently-enacted tax reform and protect Americans from high costs and job destruction.