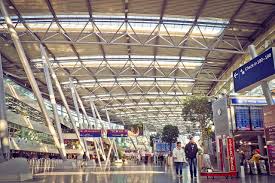 This article was originally published on December 23, 2019.

When most consumers see “taxes and fees” on any number of their bills, they couldn’t care less about which expenses are “taxes” and which are “fees.” Both, after all, have the same impact on their pocketbooks.

But in many sectors, fees are much better and fairer for consumers for funding the services they want the most. One great example is the airport fee system, including passenger facility charges and rental car fees. Flyers may groan about PFCs and rental car fees imposed by airports, but revenues from these charges are locally administered and go toward improvements for the services being used by the payers.

Unfortunately, it’s getting harder and harder for airports to collect these fees, due to strict federal regulations and messy legal battles. Nonflying (and flying) taxpayers pay the price for this government meddling as airports turn to state and federal taxpayers instead of their own consumers to fund repair work.

Whenever concertgoers frequent their favorite venues, or football fans enter their beloved stadiums, they realize that some of their ticket’s price will go toward necessary maintenance for the building hosting the event. But, unlike entertainment complexes, airports face considerable difficulty getting the money they need to serve their consumers. Congress has capped PFCs at $4.50 per flight segment since 2000, even as inflation and passenger numbers have steadily ticked up.

Airports are limited to charging flyers a fee that declines (in real terms) every year, even as the U.S. airport system faces nearly $130 billion in infrastructure funding needs over the next five years. Facilities such as the Los Angeles International Airport are facing rising pressure to deal with millions of more passengers and the inevitable congestion that clogs up terminals and the roads leading to airports. Along with several other large airports, LAX is in the midst of dealing with transportation to the airport, building an Automated People Mover to get people to and from parking garages and rental car facilities.

At an astounding expense of $2.6 billion, this and similar projects aren’t cheap. User fees are a much better way to fund these endeavors than general tax revenue, especially since flyers tend to make more money than the general tax base. According to Global Onboard Travelers, “Airline travelers are over 50% more likely to have an annual household income of $100,000 or more than the average American.” In addition to paying the PFC, these affluent travelers make airports money via rental car fees. Airports typically charge rental car providers such as Alamo, Enterprise, and Hertz concession fees for the right to operate out of (or immediately surrounding) their facilities. These voluntary arrangements provide billions of dollars for airports to expand offerings and amenities to travelers.

But like PFCs, this model may prove unsustainable. App-based car rental companies such as Turo insist on operating on airport premises without paying concession fees, even though their businesses directly contribute to airport congestion and resulting expenses. Over the past couple of years, airports in major cities such as Boston, Los Angeles, San Francisco, and Tampa Bay have been mired in multimillion-dollar lawsuits to recoup concession fees for rent-sharing that every other rental car company has had to pay. If they fail in this, then the airports will have to rely even more on taxpayers to fund necessary improvements to their facilities.

Increasingly, “generous” government funding schemes have left state taxpayers with an annual $500 million tab, and bureaucrats typically have little insight as to which projects are “worthy” of receiving Americans’ hard-earned dollars. PFC dollars and rental car concession revenues are far more effective in bolstering the airports collecting them, ensuring the fair, efficient use of traveler dollars.

Lawmakers and judges should recognize the benefits of this approach, which saves taxpayers the burden of footing the bill for their wealthy, footloose neighbors. No one likes fees, but they keep the terminal doors open without bilking nonflyers with a sky-high bill.