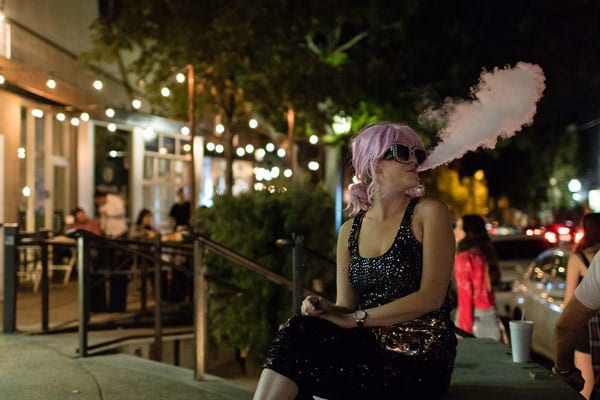 What Are San Francisco Officials Smoking?

This article originally appeared on Townhall.com on June 21, 2019.

Looking at all the available evidence, the Food and Drug Administration’s (FDA) war on vaping is a misguided assault on the millions of smokers trying to find a less-harmful alternative to cigarettes. But to radical San Francisco city officials, the agency doesn’t go far enough in keeping consumers “safe” from reduced-risk products. Radical in San Francisco in the 1960s and 1970s meant embracing the hippy culture and individualism, but now, San Francisco officials are embracing big government and fake science.

On June 19, the San Francisco Board of Supervisors preliminarily approved an ordinance barring brick-and-mortar and online e-cigarette sales citywide. The final vote is not until next week, but based on the previous statements of key city officials, the move is a foregone conclusion. In March, City Attorney Dennis Herrera charged that the “the FDA has failed to do its job when it comes to e-cigarettes,” amidst an alleged “epidemic” of youth use.

But these “common-sense regulations” would spark a public-health crisis in San Francisco as vapers revert to combustible products to satisfy cravings. Real common-sense reform grounded in science would make these products easier, not more difficult, for adults to purchase.

In 2018, San Francisco dealt the first big blow to cigarette smokers struggling to curb their addiction when a 2017 decision by the Board of Supervisors to ban the sale of flavored vaping products was upheld via referendum.
Taking a page from (failed) FDA leadership, city officials claimed that flavored products were targeted and marketed toward kids. Never mind that, according to a 2016 survey of more than 27,000 e-cigarette users of all ages, nearly three-quarters (72 percent) of respondents “credited tasty flavors with helping them give up tobacco.” And, according to data cited by the (very) anti-vaping Robert Wood Johnson Foundation, more than 96 percent of non-smoking teenagers reported not being allured by e-cigarettes regardless of flavor. In fact, every credible scientific study has shown that teens who try vaping do not go on to smoke.
Taking city leaders’ fear-mongering about flavored vaping products at face value, the 2018 ban should have solved the “youth epidemic” once and for all. But judging by Herrera’s rhetoric, the ban did not work. If city leadership gets their way, vaping products that haven’t undergone multi-million dollar, multi-year pre-market review cannot be sold in San Francisco stores. The madness doesn’t end there. Sales made online and shipped to a San Francisco address would also be outlawed. There’s no telling how much the new “vaping police” will cost taxpayers to enforce the out-of-state ban.

City leadership acts like it exists in a vacuum of information, and without the FDA’s explicit saying-so, there’s no way of knowing at all if these products are safe (let alone beneficial). But an overwhelming consensus amongst experts agrees that vaping products are significantly safer than cigarettes.

In 2015, Public Health England (part of the UK government) exhaustively examined all the available evidence and concluded that e-cigarettes are “95% less harmful than smoking.” A 2019 New England Journal of Medicine study found that e-cigarettes are nearly doubly as effective as traditional nicotine replacement therapy.

But research and analysis into the debate can only go as far as city leadership’s willingness to listen to the evidence. San Francisco will almost certainly go after vaping products no matter what. This fact-free tenacity shines through with their fixation on JUUL expanding the company’s city property. Apparently, the city wants to “prevent another situation like e-cigarette company Juul Labs subleasing property on San Francisco’s waterfront or any other City property.” Will the city also give restaurants on the waterfront a hard time depending on how healthy their menu items are?  The regulatory implications are endless.

There are plenty of items sold on government property and within city limits that are healthy, unhealthy, and everything in between. Despite this, the city is choosing to launch a crusade against a proven harm-reduction tool that is and will continue to save millions of lives. In the same way that San Franciscan activists have left only death in their wake through advocating discredited anti-vaccination arguments, these same activists risk thousands of preventable deaths if they refuse to let smokers quit through proven methods.

If San Francisco lawmakers actually cared about their citizens rather than cheap publicity, they would lead the way on harm reduction instead of doubling down on efforts proven to have been a failure.