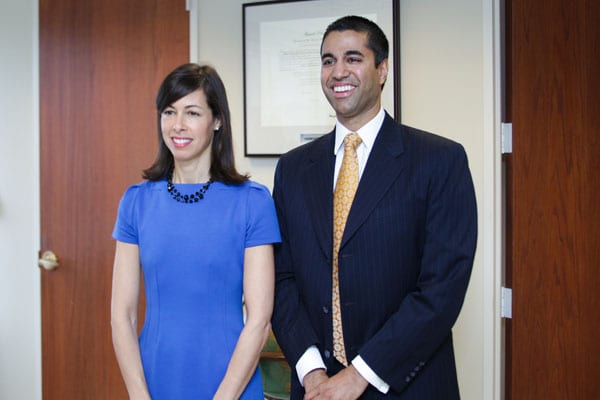 This article originally appeared in The Daily Caller on February 13, 2017

President Donald Trump recently designated Federal Communications Commission (FCC) commissioner Ajit Pai to be chairman of the FCC. This choice is an excellent one since Pai was a strong opponent of former Chairman Tom Wheeler’s policy to expand taxpayer-funded municipal broadband networks.

Taxpayer-funded municipal broadband networks across the country have failed at an alarming rate.  Last year, the Taxpayers Protection Alliance (TPA) released a study highlighting the 12 worst networks.  The study outlined how these government networks put taxpayer dollars at risk and explained why local lawmakers should not compete with private sector job creators to provide broadband and fiber service.

As a follow up to that report, the Taxpayers Protection Alliance Foundation (TPAF) just launched a new website with a map outlining 215 government internet failures.  The website details how much taxpayers in cities from California to Connecticut have lost when their local leaders decided to enter the market for internet and cable. Combined with the “Dirty Dozen” study issued last July, which found that in 12 cities alone local officials wasted $2 trillion in taxpayer revenue, it is clear Pai’s position is the right one.

It is also the popular one. In a poll conducted by TPA last summer, we found two-thirds of Americans would oppose their local government going into debt in order to build a government-owned high-speed internet network.

Of course, the government has an interest in bridging the digital divide, but first let’s be clear: only one percent or so of Americans lack the ability to bring the internet in their homes. Private sector providers have invested $1.5 trillion into infrastructure over the last two decades and, as a result, today almost every family in the United States can have internet in their homes if they want it. Local, state, and federal officials do not need to make direct investments in broadband infrastructure and they certainly do not need to provide service directly to consumers. The private sector is taking care of that job.

What lawmakers must do is focus on how they can drive private sector providers to make new investments, improve speeds, and lower prices. That means reducing regulatory barriers, streamlining permitting processes, cutting pole attachment fees and equipment taxes, and, in some of the most difficult areas to reach, offering tax credits for new investments.

These policies will drive the private sector into truly unserved areas, improve systems where they already exist, and lower costs so providers can lower prices.  And, before any tax dollars are spent, it is important to know where the unserved areas of the country are.  The last time the National Broadband Map was updated was mid-2014. It makes no sense to spend money in unserved areas when we don’t know where they are.

Multiple studies have shown that taxpayer-financed internet systems don’t lower consumer prices or stimulate job growth. But academic studies aren’t needed to prove that. Logic makes it clear. When cities seek to enter the market they don’t have to jump through the same hoops a private provider does. They don’t even pay the same taxes and fees. Private internet service providers, especially small or locally-owned ones, won’t try to go up against a competitor that has so many advantages. The private provider will try to find another place to take their business.

In some of his first remarks as FCC chair, Pai pledged to bridge the digital divide, but he made it clear that it’s the private sector that must lead in this regard. He said, “I believe one of our core priorities going forward should be to close that divide—to do what’s necessary to help the private sector build networks, send signals, and distribute information to American consumers, regardless of race, gender, religion, sexual orientation, or anything else.” He pledged to do the “work to bring the benefits of the digital age to all Americans.”

Taxpayers should be cheering. They make it clear that the government broadband debacles that we’ve seen in Provo, Utah, Burlington, Vermont and Marietta, Georgia must end.