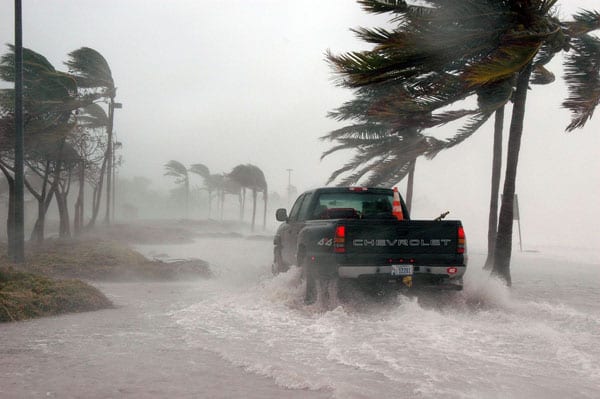 Between Hurricane Irma’s path of destruction and the threat of future hurricanes, Puerto Rico stands in Mother Nature’s firing line. The House of Representatives, which passed a bill last week authorizing assistance for Hurricane Harvey, will likely open the spigot of taxpayer funds to Puerto Rico and other areas tormented by recent mega storms. While the federal government is right to come to the financial aid of the oft-forgotten part of the United States after disasters, Congress needs to be especially weary of financial mismanagement. In a place where fiscal dysfunction has already forced the federal government to intervene, adding fuel to the fire would make the lives of Puerto Ricans worse. And taxpayers deserve better than for their money to sink into a black hole of failed expectations.

Unfortunately, Puerto Rico has a long history of abysmal management. As Puerto Rico’s debt skyrocketed in the seventies and eighties, local economists such as Tosporn Chotigeat warned that a failure to curb government spending could have dire consequences for the next generation.

Things reached a tipping point last year, when Congress passed (and then-President Obama signed into law) the PROMESA Act. This legislation set the stage for federal micromanagement of Puerto Rican affairs, setting up a control board to attempt to cut expenses. As per usual, the federal government made the problem worse; the control board’s so-called austerity plan that went into place actually increased spending by $575 million from the previous year.

Enter the hurricanes. With millions of dollars in damages projected, Puerto Ricans are understandably eager for federal aid. Without oversight, however, even the most sensible hurricane packages morph into reckless, pork-filled endeavors.

Case in point: Hurricane Katrina in 2005. Federal bureaucrats shelled out for half a billion dollar’s worth of mobile homes that were never even used. In total, the New York Times found that Federal Emergency Management Agency (FEMA) waste surrounding the storm exceeded $2 billion. And since then, the federal government has hardly cleaned up its act. While Sen. Ted Cruz (R-Texas) has been repeatedly assailed for claiming that the 2013 relief package for Hurricane Sandy was mostly waste, much of the aid failed to service victims. Of the $50.5 billion dollar package approved in 2013, around $24 billion wasn’t even spent until 2016!

This delay can be justified by pointing to mitigation efforts; common sense dictates that prepping for future disasters upfront can save money over the long-term. But the policy realm is rife with unintended consequences. According to research done by scholars at Texas A&M, Penn State and Ohio State, “Type II” mitigation spending, which includes things like building more resilient infrastructure and strengthening dams and levees, actually leads to more hurricane property losses over the long-run.

This counterintuitive effect happens because of moral hazard; mitigation spending creates a false allure of safety that leads to overbuilding in unsafe areas. Moreover, filing a spending project under “mitigation” opens the door to waste by severing the link between dollars and immediate relief. An infrastructure project that may well have happened anyway can benefit from federal spending if obtained under the guise of a disaster.

Given Puerto Rico’s bloated public sector issues and prior financial problems, opening up the spigot of federal taxpayer dollars without proper oversight will only mask the island’s persistent governance and transparency problems. In 1998, Hurricane George struck Puerto Rico, prompting FEMA to enter into a cost-sharing arrangement with the island’s current administration. Of the $9.7 million in FEMA funds received over the 1998-2003 period for PRASA, the local water authority, an audit by the Department of Homeland Security’s inspector general found multiple instances of duplicate funding and questionable expenditures. Dubious expenses totaled an astounding $1.6 million.

Acknowledging that the past is often prologue, FEMA Director for the Caribbean, Alejandro de la Campa, has notably reinforced transparency and a strict process for receiving FEMA funding. As with Hurricane George, providing initial funding for future “mitigation” projects will necessitate more local funding down the road, increasing the risk of further debt accumulation. This is a fact that de la Campo himself has acknowledged, recently stating that “New allocations will be needed.”

That’s not to say, of course, that the federal government should leave Puerto Rico to fend for itself. But to prevent another situation like Hurricane George, stringent controls need to accompany any FEMA relief effort. In contrast to the previous effort, costs ought to be documented by project. And, an increased level of auditing would ensure that disaster relief goes to actual victims. Puerto Ricans have a tough road ahead of them, with natural and fiscal calamities knocking on the island’s door. A targeted, federal aid effort can ameliorate Puerto Rico’s ills, without strapping federal and territorial taxpayers with unwanted expenses for years to come.

Congress needs to resist the temptation to use these natural disasters as an opportunity to bail Puerto Rico out of their man-made fiscal disaster.