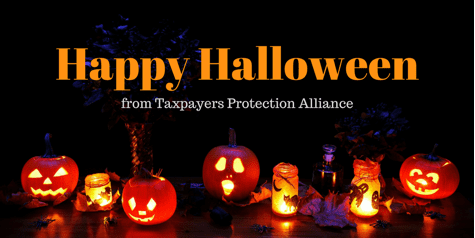 It’s 4 PM right before Halloween night, and you traipse on over to the grocery store to get some Halloween candy before the kids come a-knocking, looking for their treats.  Unfortunately, the scariest part of Halloween will prove not to be the too-retro Michael Myers costumes, but rather the price tag on those mini Hershey bars. Unbeknownst to the irksome ghouls and Kylo Rens knocking at your door later, those candies have become far more expensive thanks to tariffs, continued sugar protectionism, and miscellaneous regulations. But, regardless of how many treats you have to buy to placate the kids of the neighborhood, the fearful prospect of Uncle Sam stretching out his hand to trick taxpayers is ever-present.

Luckily, the Taxpayers Protection Alliance (TPA) have made sure that The Purge of dollars from taxpayers’ and consumers’ wallets is kept to a minimum.  Free-market groups, alongside a ragtag team of brave lawmakers and Administration officials have been doing their best to make the federal government into a Slender Man (or Woman), while keeping the ghouls and erm….regulators and IRS agents at bay. So, without further ado, the TPA presents the ultimate guide to help citizens tease out the Tricks from the Treats. 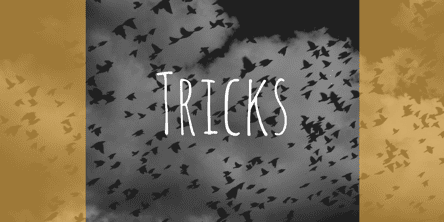 Deciding on which “Tricks” to highlight is always difficult because there are so many to choose from.  The deficit is expected to near $1 trillion.  TPA found $29 billion in earmarks in the Defense spending bill and, all the while, Congress’s salaries eclipsed $286,000 when salary and benefits are tallied up.  This year’s “Tricks” may not have made national headlines, but are a spooky reminder of what is happening behind the scenes.

This foolhardy policy also belongs in the realm of Night of the Living Dead, because, seriously? Tariffs? What is this, 1930? But similar to the import taxes of ages hence, the myriad of taxes targeting China and the European Union are backfiring and harming America’s consumers and taxpayers. President Trump is currently mulling over even more tariffs on China, even as China enacts 5 to 10 percent tariffs on $60 billion on United States goods. One key casualty of these retaliatory tariffs is soybean, which shows up in, well, virtually every variety of candy. There’s a reason why those Snicker bars are looking mighty expensive!

“Everything is so clear now!” you shriek after veering into the creepy Fortune Teller’s mystical crystal ball. Madame Misery lets out an evil laugh and declares “that will be thirty dollars!” Unfortunately, mandated drug pricing would bring about as much clarity to consumers as you can get peering into a plastic sphere on sale at Target. Department of Health and Human Services (HHS) Secretary Alex Azar has proposed requiring pharmaceutical companies disclose product list prices on advertisements, despite the fact that consumers very rarely pay a list price for a medication. Most patients pay for a prescription only after paying a co-pay or co-insurance or receiving assistance from a government program. Consider ghastly ghoulish the implications of patients seeing a list price far in excess of what they could ordinarily secure the medications for. Vulnerable patients depending on lifesaving drugs might be deterred from obtaining a refill, exacerbating America’s already large problem with refills going unfulfilled. And no, M&Ms are not a suitable alternative for arthritis medication!

Pretty soon, you won’t even need a bolt of lightening to create Frankenstein. In what sounds awesome and simultaneously a precursor to 28 Days Later, researchers are tinkering with a revolutionary gene-editing tool known as CRISPR (Clustered Regularly Interspaced Short Palindromic Repeats). This DNA modification tool can be used to engineer new crops, control mosquitoes, and even turn cancer cells into “turncoats” against other cancer cells, thereby shrinking tumors. While researchers from the University of California (UC) Berkeley got CRISPR to work its magic on DNA contained in a test tube, flaws in the American patent system kept the university from capitalizing on their groundbreaking application. Despite UC Berkeley’s straightforward claim of “getting there first,” the Patent Trial and Appeal Board (PTAB) awarded the patent to Broad Institute (which made more marginal improvements to the method). In justifying their successful application, Broad Institute came up with the unreasonable claim that, even though UC Berkeley was the first to find that CRISPR works, Broad’s advancement was novel enough that it deserves the lion’s share of future royalties. If UC Berkeley was a benign Dr. Frankenstein, PTAB and Broad Institute were the angry mob that went to storm the castle. And you all know how that ended.

Have the neighbors been giving out candy? Don’t tell the World Health Organization (WHO).

The World Health Organization tends to, well, overreact to things and apply a certain scientific hysteria to everything ranging from bacon to citrus to coffee (or as most people refer to it as “breakfast”). While this spooky, specialized sub-agency of the United Nations wishes it had more power, national and state legislation ensures that WHO designation can wind up on mandated warning labels and court battles. This is a problem because their dedicated cancer research agency the International Agency for Research on Cancer (IARC) never met a substance that didn’t cause cancer. Of the more-than one thousand substances it has evaluated since its foundation in 1965, it has found only one to be “probably not carcinogenic.” And when we do know that something like, say cigarettes, are carcinogenic, the WHO offers little help to products and companies marketing “exit ramps” off of smoking. The UN sub-agency has a history of poo-pooing e-cigarettes and heat-not-burn products, pushing instead the unrealistic goal of total abstinence.

Getting FDA approval, or wandering through a haunted mansion without candlelight.

Barely remember Eddie Murphy’s The Haunted Mansion? You are not alone. But most people seem to have a vague recollection of Murphy’s character having a difficult time navigating the halls of a ghost-infested abode, complete with cryptic passwords and floating staircases. As many manufacturers can attest, a similar experience awaits all those seeking FDA approval. If a genetics testing company finds that a gene may be linked to a particular disease, they aren’t allowed to tell consumers until they get preapproval for the FDA. The same goes with some fitness trackers, which can be classified as medical devices (ie. MRI machines), while total home cholesterol checkers are exempt from any similar scrutiny.  The secret lair at the top of the castle seems to be permanently closed to makers of reduced-risk tobacco products, as the FDA continues to sit on a major heat-not-burn product application past the statutory deadline. The intrigue is spooky…but mainly disheartening to the millions of smokers trying to seek a fulfilling alternative to cigarettes. 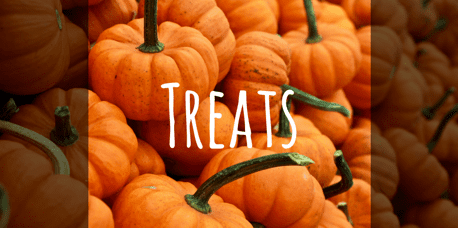 Deciding on which “Treats” to highlight is always difficult because there are so few to choose from.  But, we found a few.  One honorable mention Treat was when former EPA Administrator Scott Pruitt resigned after multiple investigations into his excessive agency spending.

A Postal-Mortem Take on the UPU

A cryptic letter in the mail from a faraway land may be scary, but the pricing system undergirding international postage is even more terrifying! A one-pound parcel costs half as much to send from China to the United States than vice versa. This is because an international arrangement known as the Universal Postal Union (UPU), first established in 1874, forces developed countries like the United States to undercharge mail coming in from developing nations like China. This makes things spookily uncompetitive for US exporters.  Even if US shippers can be more productive than their Chinese peers they will still lose out in shipping costs. Fortunately, the Trump Administration this month announced its intention to withdraw from the UPU once and for all. For much of its existence, the UPU has managed to suck the lifeblood out of American producers, but at least the agreement proved easier to kill than Dracula.

Yes, new trade agreements can be scary and unwieldy, and the newly conjured United States-Mexico-Canada Trade Agreement (USMCA) has plenty of grotesque features. Auto-content requirements and a backdoor $16 minimum wage gives consumers and taxpayers plenty to wince at. But for all the dastardly and demonic derivations, North Americans can look forward to the “treats” of increased intellectual property protections, higher de minimis thresholds, and small-scale dairy market liberalization. In particular, raising the biologics protection period from 8 to 10 years gives innovators an increased incentive to bring life-saving products to market. And, American farmers can now access 3.6 percent of the Canadian dairy market, up from the previously-agreed upon 3.2 percent. We’ll continue to fight the unsavory provisions, but we certainly can’t Hyde the good news.

Ghostbuster Dr. Peter Venkman was once described by Empire’s Nick de Semlyen as a smart, spontaneous guy “with a wont to twirl in circles around a public concourse.” Federal Communications Commission (FCC) Chairman Ajit Pai may not exactly channel Dr. Venkman, but he is at least spontaneous enough to do the Harlem Shake and dress up like Santa Claus. More importantly, Chairman Pai, and FCC Commissioner Brandon Carr, are leading a bold effort to reduce barriers to 5G deployment, which will result in internet speeds 100 times faster than the status-quo and pave the way for the internet of things. New rules put into effect by the FCC in September, for instance, place limits on the ability of cities and municipalities to indefinitely hold up small-cell deployment and thus limit residents’ internet options. Additionally, Chairman Pai’s FCC has consistently taken steps to banish ghosts from the spectrum needed for 5G deployment. 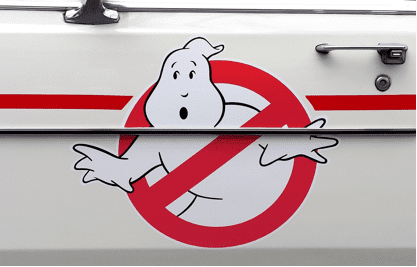 Regulatory Reform, or Carving the Pumpkin Guts out of the Federal Register

In an encouraging departure from his predecessor, President Trump has made the reduction of regulation a priority in his Administration. Shortly after taking office, he instituted a two-for-one rule requiring any agency proposing a new regulation to identify two rules for elimination. This year, the Administration continued to pursue regulatory reform, easing up everything from financial rules to onerous “environmental” regulation. The US Department of Interior, for instance, published an overhaul of rules surrounding the Endangered Species Act in July. Broad-based rules previously in place led the DOI to eschew potentially species-saving partnerships with private landowners. Now, species-specific rules and more private collaborations will lead to a more thorough restoration effort that is also fairer to land developers. At the bottom of any pile of pumpkin guts lies an endangered critter that can benefit from smarter federal rules.

BOO! Happy Halloween from the Taxpayers Protection Alliance and don’t let the government goblins scare you too much this year.