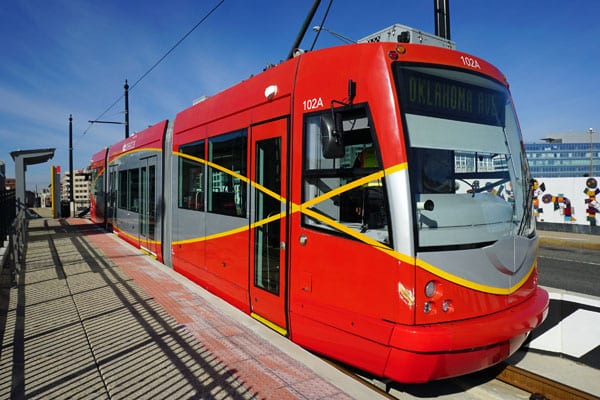 The Streetcar: A Monument To Fiscal Failure

This article originally appeared in the Daily Caller on March 6, 2018

When a massive undertaking goes awry, there comes a point where “let it be” trumps “let’s dig deeper.” Washington, D.C. local officials are inclined toward the latter, particularly when it comes to mass transit. The D.C. Streetcar is a sad monument to fiscal mismanagement, in a city already plagued by education scandals and corrupt governance. At a cost of nearly $100 million per mile and initial building delays spanning seven years for the 2.2 mile boondoggle, District and federal taxpayers have every right to demand better uses of their money. Unfortunately, it’s likely to only get worse. The District Department of Transportation (DDOT) is considering scrapping the existing fleet of streetcars in favor of new ones, due to problems associated with procuring replacement parts. Rather than accepting responsibility for an absurdly expensive undertaking, DC planners are doubling down on their boondoggle. If city officials want to truly make things right with taxpayers, privatization of the streetcar is the only viable path forward.

In justifying pouring additional resources into the failed streetcar project, city officials insist on pointing to ridership figures that regularly exceed projections. Average ridership in January 2018 exceeded 2,800, well above early projections of 1,500 to 2,000 average monthly riders given by the city. Before touting that ridership exceeds expectations, city officials ought to contemplate how zero-priced fares play into the equation. When Atlanta raised fares on their formerly-free streetcars to $1 per ride, ridership dropped off by more than 50 percent. Even without a fare, D.C. ridership has dropped for the third straight month, down around 30 percent from its October peak. And it’s hard to blame winter for the decline, since ridership is below January 2017 levels, with no comparable seasonal dip last year. This vicious spiral of declining ridership may be why District officials are advocating for free fares for the foreseeable future, rather than an “introductory period” originally envisioned.

In reality, there’s nothing free about the service for any Washington resident. The city government spent more than $200 million in taxpayer money on a line that runs from behind Union Station to a point about halfway along Benning Road NE, where it connects with Oklahoma Avenue. This works out to more than $80 million per mile. In 2016, a report by the Taxpayers Protection Alliance identified more than $2 million in costs devoted to marketing, public relations and communications. More than $174,000 was spent on the D.C. Streetcar website.

New streetcar purchases, slated to begin in 2020 or 2021, will likely cost the city at least $25 million. If there’s one saving grace of the existing system, its the limited scope of current operations. But, the city is actively planning on building a new stretch from Union Station to Georgetown, with initial costs pegged at $400 million. D.C. plans will soon be reviewed by federal environmental authorities, but ecological worries should be the least of policymakers’ concerns. Given a plethora of options for traveling to Georgetown from Union Station, D.C. officials will have to strain incredulity to argue that the line will be well-traveled. At the disappointing speed of 12-15 miles per hour (with frequent stops), travelers could make the trip just as quickly, if not faster, with metro/metrobus, ride sharing, or cycling.

In urging streetcar critics to stop “making ‘perfect’ the enemy of ‘good,’” Citylab contributor David Alpert claims that many cities embrace streetcars due to lack of financing options. But in the District’s case, embracing the streetcar means needlessly imposing financing constraints. Patching up the metro or the many dilapidated roads around D.C would at least attract some matching federal funding. With the exception of some feasibility studies, the federal government has (understandably) opted not to fund the streetcar, making the item a disproportionate burden on low-income city residents.

Given this untenable financial arrangement, continuing to “dig deeper” into downtown and purchasing new streetcars will only add to the gargantuan burden faced by taxpayers. Selling off the system would put operations into the green, while limiting expansion plans to routes that actually make sense. Rather than digging deeper into a massive boondoggle, District officials have a chance to move on and embrace true infrastructure reform.