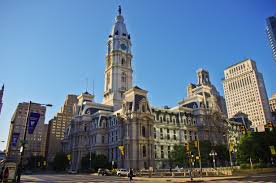 WASHINGTON, D.C. – Today, the Taxpayers Protection Alliance (TPA) released a report highlighting the waste and rampant abuse of taxpayer dollars by the City of Philadelphia. TPA identified a total of $278.9 million that could be better spent by city leadership. These recommendations provide the city a way to restore its fiscal and ethical credibility.

TPA President David Williams underscored the need for the city government to follow the report’s recommendations, noting that, “Philadelphia is losing its competitive edge with other cities, and city officials have become out of touch with residents and taxpayers over the past twenty years. Instead of raising taxes, like city officials did with sweetened beverages in 2017, city leaders need to cut wasteful spending and make spending more transparent.”

The report highlights wasteful spending in government operations, programs and projects, human resources, arts and culture, and events and festivities.  Highlights of questionable spending include:

Williams concluded: “Even if the City of Philadelphia cuts hundreds of millions of dollars in wasteful spending, leadership still has a long way to go to ensure a prosperous city. As someone who calls Philadelphia home, it’s sad to see the city deteriorate into a national example of government mismanagement.”

“Fortunately, TPA’s recommendations provide multiplecommon sense opportunities for the city government to redeem itself and provide real leadership.  Cutting wasteful spending and creating transparent, easy-to-follow regulations would create a thriving city, and actually mean more revenues for the city over the long-term. We hope this document will serve as a guide to help the city grow and prosper.”