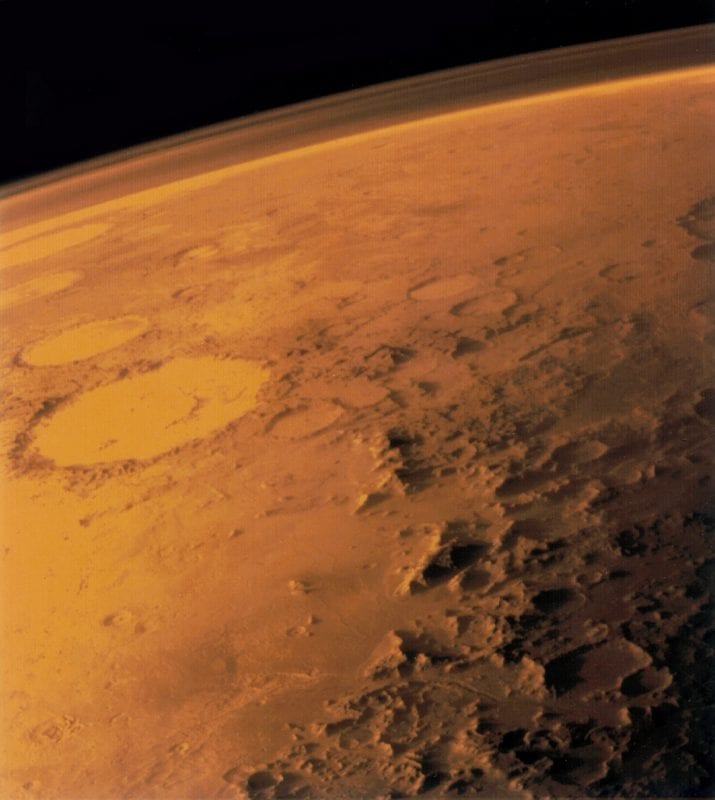 This article originally appeared in the Washington Examiner on December 10, 2018.

Taxpayers justifiably balk at giving money to Uncle Sam without a clear purpose in mind. When free-market groups and lawmakers publish long compendia of wasteful government spending, the line-items are typically over-the-top and bereft of purpose.

Case in point: the Natural Resources Conservation Service, which spends more than $1 billion each year to seek “technical assistance, research, and education” for soil quality, grassland, rangeland, etc. But at least this service, which was featured in Oklahoma Republican Sen. James Lankford’s “Federal Fumbles” waste report, and which came under criticism from congressional Republicans, still provides some small benefit to taxpayers. It studies ground and dirt that could be useful to farmers and ranchers.

But when the federal government opts to study the ground and dirt of another planet, no such benefit is obvious.

The National Aeronautics and Space Administration’s latest InSight Rover, which touched down on Mars recently, has the otherworldly mission to study the workings and churnings of Mars’ inner layers thousands of feet below the surface. This mission may appear to be fascinating, but it is also expensive. And for the monumental $800 million price tag, it is difficult to see any benefit to taxpayers. Instead of expensive, far-flung missions that do little good for taxpayers, the agency should focus on more down-to-Earth benefits.

NASA’s InSight Rover generated a lot of fanfare over its landing, with NASA TV hosting a livestream of the event on YouTube. But in contrast to previous probes sent by NASA to the Red Planet, the agency couldn’t even cite alien life as a pretext for exploration. Rather, the rover is set to explore “the deep interior of the Red Planet in the hopes of discovering more about how all rocky planets — including Earth — formed.” In order to “seek the fingerprints of the processes that formed the terrestrial planets,” the rover will use its instruments to measure “the planet’s ‘vital signs’: its ‘pulse’ (seismology), ‘temperature’ (heat flow), and ‘reflexes’ (precision tracking).”

Perhaps knowledge gained from this comprehensive physical of Mars will somehow prove useful in a roundabout way in the distant future. After all, anything is possible. But this line of idle speculation could justify literally any number of bloated federal science studies. It is theoretically possible that something could be learned from any study; this in and of itself does not mean that it is likely or that its cost is justified.

Given the astronomical nature of the sum, at a time when NASA head Jim Bridenstine worriesthat budget pressures will keep NASA from going back to the moon, there are far better uses for these funds. While manned missions have their own serious drawbacks, they at least open the door to future settlements on alien worlds, related commercial activities, and an escape valve from Earth in case disaster strikes. Sending robots into space is cheaper and more efficient than sending humans into space, but not all missions are created equal. If nothing else, the public seems to be far more interested in the trials and tribulations of human settlers than obtaining Martian geological readings of limited applicability to … well, anything.

If NASA must obsess over the deep interior composition of Mars, they can at least do so in a cost-effective manner. InSight’s budget climbed nearly $150 million from its original estimate of $675 million after a two-year delay caused by a series of vacuum leaks. And this project is hardly the only NASA endeavor to see its costs climb considerably above initial estimates.

The New Horizons mission to Pluto was initially estimated to cost $650 million, but that figure crept up to $720 million by the end of the probe’s journey. NASA missions regularly experience cost overruns exceeding 20 percent, with the Discovery and Mars Scout programs among the biggest offenders. Despite assertions that cost overruns have decreased in recent years, the Government Accountability Office sees warning signs of overrun in NASA’s current projects. NASA’s three coming human exploration programs, for example, will likely face delays and cost overruns, according to a report released in April 2017.

The significance and benefits of InSight and similar missions are difficult to see, while their very real costs continue to harm the trust between taxpayers and the federal government. If NASA must continue these undertakings, it could at least make a greater effort to hold itself accountable for runaway costs and head-scratching delays. To maintain its credibility, the agency must show that its programs have clear, practical goals at minimal costs to hard-working citizens.