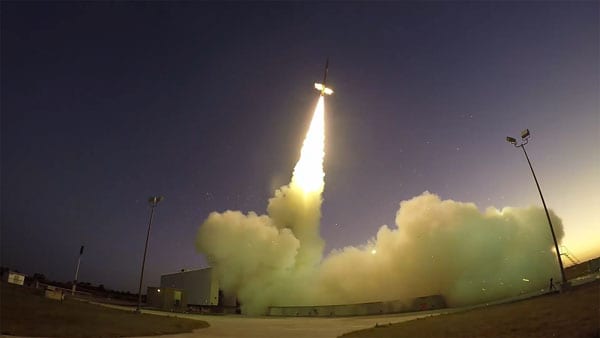 This article originally appeared in Real Clear Science on April 3, 2018

During the federal budgeting process, it’s all too easy for taxpayer dollars to be sucked into a black hole of wasteful space spending. After signaling intent to cut back on America’s space flight and exploration programs and transition responsibilities to the private sector, President Trump signed a $1.3 trillion omnibus bill that increased funding for the National Aeronautics and Space Administration (NASA) by more than $1 billion. The fiscal year (FY) 2018 funding level, set at $20.7 billion, more than a billion-dollar increase than FY 2017. And disappointingly, appropriators successfully gave the agency $1.6 billion more than they requested. Program backers claim that a robust space program is critical to America’s global reputation and the money offers a stellar return on investment in scientific advancement. But blindly funding duplicative and wasteful programs does little to advance the U.S.’s national profile. Billions of dollars in poorly targeted endeavors will only make America less prosperous and irrelevant.

Despite problems in execution and priorities endemic to any other area of government, NASA has enjoyed “sacred cow” status in Washington for decades.  And, the latest budget makes clear that waste and duplication in America’s space program remains unchecked.

The Restore-L satellite program, for instance, gets a full $130 million mandate to develop satellite-servicing operations and refuel the Landsat 7 spacecraft. The concept of a government satellite servicing program was the outgrowth of a 2010 NASA report that found it cost-effective to service aging public satellites rather than replace them. Despite the report’s finding that servicing efforts are worth the cost, the authors cite a study that finds a “servicer must refuel three to five…satellites to be cost-effective.” And, since the Defense Advanced Research Projects Agency is already developing an initiative (the Robotic Servicing of Geosynchronous Satellites program) to service satellites, NASA’s operation may well see little action.

Similar waste can be found in NASA’s telescope operations. In October 2017, NASA released a technical/cost analysis on their ambitious Wide-Field Infrared Survey Telescope (WFIRST) to little fanfare. WFRIST, designed to provide a high-resolution mapping of the universe and explore planets outside our solar system, had its cost originally pegged at $3.2 billion. Now, the cost is expected to be around $4 billion due to the planned “technological demonstration” of expensive coronagraph equipment. And $4 billion may be low considering the inevitable cost overruns with any government project.

The cost escalation isn’t exactly shocking; NASA was warned repeatedly by the National Academy of Science that piggybacking an experiment onto a flagship mission would increase costs astronomically (pun intended). Due in part to the outrage associated with WFIRST’s scheduling delays and cost overruns, the program was slated for defunding. Instead, funding was kept as is, with full-provision for early-stage planning. While this decision is certainly discouraging, certain caveats provide a useful template for spending reform. If the mission exceeds $8 billion in total costs, for instance, the program’s administrator is notified and an audit must be conducted.

The idea of audit triggers for cost overruns and scheduling delays is long overdue, given NASA’s disappointing history of program delivery. NASA’s habit of 20 percent-plus overruns and questionable missions should be an easy target for lawmakers ramping up scrutiny on waste and abuse throughout the federal government.

Admittedly, holding NASA accountable is an uphill battle. There’s little incentive for lawmakers to criticize spending waste in the agency responsible for the lunar landings and International Space Station. But spending hawks like Sen. Ted Cruz (R-Tex.) ought to recognize that NASA is just as capable of boondoggles and underwhelming performance as any other arm of government.

Keeping NASA’s operations limited in scope and subject to strict accountability would give private space companies a green light to pursue their own endeavors free of government competition.

From satellite deployment to space station operation, businesses are willing to pick off where NASA leaves off in pioneering research and exploration. Private space exploration will enable the next generation of pioneers, while keeping taxpayer bills out of the stratosphere.