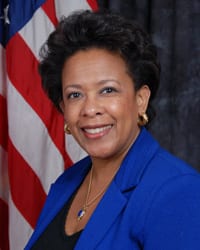 The confirmation process is always an opportunity for knowledge and information to be gathered regarding the views and judgments of a particular nominee for the courts, a federal agency, or other Presidential appointment. Tomorrow the two-day confirmation for Attorney General nominee Loretta Lynch will begin and there are many questions that need to be answered in terms of her views on a variety of issues. One issue of interest is where she stands on ‘Operation Choke Point’, the rouge program that DOJ has used to intimidate and shut down legitimate businesses the Obama administration doesn’t like (i.e. gun stores, pay-day lenders). Today, TPA delivered a coalition letter signed by American Commitment, Campaign for Liberty, Center for Individual Freedom, Competitive Enterprise Institute, Frontiers of Freedom, Institute for Liberty, Less Government, Liberty Coalition, and the US Consumer Coalition calling on Senate Judiciary Chairman Chuck Grassley (R-Iowa) to press for answers from Ms. Lynch on where she stands regarding ‘Operation Choke Point’ and whether or not she will end the program, if she were to be nominated.

The full letter can be read below:

As you consider the nomination and move forward with the confirmation process for Attorney General nominee Loretta Lynch, the undersigned groups urge you to ask serious questions about the position of Ms. Lynch as it relates to Operation Choke Point. The Department of Justice (DOJ) has used Operation Choke Point to engage in the blatant intimidation of legal businesses and the undersigned groups have concerns about the nominee’s position on the program and whether or not this program will continue to exist, if she were to be confirmed.

Attorney General Eric Holder and the DOJ have been systematically targeting businesses like payday loans, firearm and ammunition sales, and home-based charities.  It has been reported that the Administration has targeted these companies because of the administration’s distaste of what these companies do and not the legality of these businesses.

Instead of utilizing due process, the DOJ bullies banks into closing bank accounts of “high risk persons.” For example, Wisconsin gun store proprietor Mike Shuetz and his business Hawkins Guns and Heritage Credit Union were targeted under Operation Choke Point.  Audio revealed that the National Credit Union Administration (NCUA) looked into Heritage Credit Union’s books and forced them to shut down Shuetz’s bank accounts. Speaking about the NCUA a Heritage Credit Union regional manager said “So they came in, looked at our books, looked at everything and said ‘here are some accounts that we feel that we’re going to regulate you on,’… so they kind of put the screws to us as far as what we could and couldn’t do.”

There have been cases where the authorities have targeted banks that don’t cooperate with federal officials.  For example, North Carolina’s Four Oaks Bank was slapped with a $1.2 million fine for processing unlicensed payday loan transactions.

These unsettling details about the program show that by threatening increased regulatory supervision, the Administration is using intimidation and threats to make it more difficult for certain industries to have access to financing for credit or loans on no basis other than distaste for the industries by the regulators concerned. This is inappropriate and represents an abuse of regulatory authority.

The confirmation process is an important tool for the Senate in gauging where potential appointees stand on some of the most important issues they will be facing. This process is also an opportunity to ensure that individuals are qualified to hold the position they’ve been selected to take. Ms. Lynch, like most Presidential nominees, has kept mostly quiet on some of the major issues she will be answering questions about once her confirmation process begins and that includes her views on Operation Choke Point.

We hope that you will take this opportunity during the confirmation process to pose serious questions to Ms. Lynch about her views on Operation Choke Point and whether or not she will put an end to this harmful and destructive DOJ program and what her views are when it comes to the power of the federal government to use regulations to interfere with institutions and industries an administration may not like.