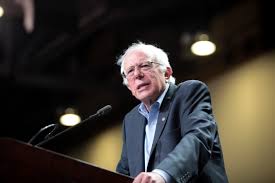 This article was originally published on Townhall.com on April 11, 2019.

Recently, a “scandalous” news story broke that threatens to upend the presidential campaign of Sen. Bernie Sanders (D-VT). No, this is not a sex scandal or a pay-to-play scheme. For members of the left, it’s even worse: According to Sen. Sanders himself, the political iconoclast is a … millionaire. This revelation dropped ahead of the Senator’s decision to release his tax returns, which likely show handsome profits earned from his widely-sold books. After prodding by a New York Times reporter, Sen. Sanders angrily defended his millionaire status: “I wrote a best-selling book. If you write a best-selling book, you can be a millionaire, too.”

His supporters may not want to admit it, but Bernie is absolutely right. Whether by writing a best-selling book, fixing vacuum cleaners, or selling some tasty kebobs, millions of Americans have made it into the ranks of the rich by giving people goods and services they like and want. As Tax Day approaches, we should be thanking these producers of prosperity instead of putting a scarlet letter on success.

At some point after Sen. Sanders ended his dalliances in the Soviet Union, America’s favorite socialist entered the ranks of vaulted millionaire class. Perhaps at the time this was an exclusive club, but every day, millionaires grow more commonplace. At the end of 2016, there were more than 10 million millionaires across the country. Depending on the studies consulted, around 70 to 80 percent of these rich Americans are first-generation millionaires, who worked hard, and made their millions through providing people with what they want, making everybody happier as a result.

And money is as easily squandered as it is gained. Around 70 percent of “high net worth” individuals lose their fortune by the second generation (and 90 percent by the third) according to a study by Williams Group wealth consultancy. It’s hard to jive these findings with the idea espoused by politicians, economists, and yes, lawmakers such as Bernie Sanders, that a steady, discrete group of wealthy families hold onto their wealth by rigging the game and keeping their assets parked in hedge funds that have somehow unlocked the secret to the stock market.

In fact, even the fanciest, most expensive hedge funds fail to consistently outperform “boring” low-cost funds that are simply tethered to the S&P 500. Sure, wealthier individuals tend to take more risks and take on riskier investment strategies, but with risk comes potentially high returns, but also failure for most. The 10 year failure rate for startups is around 70 percent, and typically, startup founders pay themselves about $50,000 as they struggle to get the attention of venture capital.

This can easily double or triple if they are one of the few to receive significant outside attention, but unfortunately, the U.S. tax code makes it difficult to capitalize on this success. The income tax bracket system is among the most “progressive” in the world, meaning that earners are heavily penalized for attaining success. Once a (single) earner surpasses around $38,000 in earnings, the tax rate on each additional dollar earned jumps from 12 percent to 22 percent. This may not seem prohibitive, but to an entrepreneur stressed by the demands of competition and gaining the attention of potential funders, a rapidly-increasing tax rate is just another stop sign on the road to innovation and success.

This isn’t just idle speculation. Economists Enrico Moretti and Daniel Wilson used patent data from 1976 to 2010 to estimate how personal and corporate tax rates impacted the migration of star scientists across states and how patent activity shifted as a result. They find that innovators are indeed very sensitive to tax rates, and readily relocate in response to rising tax rates. It’s little wonder that inventive activity is focused in states with low, pro-growth tax policy.

This Tax Day, lawmakers should celebrate the achievements of star scientists, visionary vendors, and book-writers such as Sen. Sanders by exploring ways to make the code more innovator friendly. The Tax Cuts and Jobs Act of 2017 was a step in the right direction, lowering rates across the board. But lawmakers can go even further by consolidating the number of brackets in the tax code, as the Reagan administration and Congress did in 1986. The resulting increase in hiring by entrepreneurs can happen again, further propelling the economy forward. These changes can happen, but only if lawmakers and pundits stop demeaning success and innovation.

Sen. Sanders being a millionaire doesn’t make him a misanthrope, even if his political views prove the old adage that money can’t buy you wisdom.