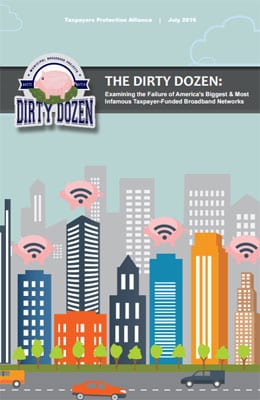 Unfortunately for taxpayers, the popularity of municipal broadband projects tends to overshadow the reality that government broadband networks are almost always a financial catastrophe for the government and its taxpayers. In an effort to “keep up with the Joneses” state and local officials frequently pour money into government internet projects without considering that nearly every government that has gone into the internet business found itself worse off for doing so.