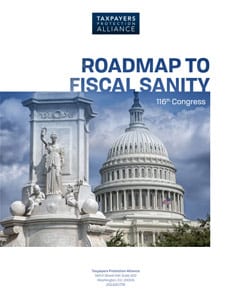 As the 116th Congress settles into Washington, DC, they face a myriad of challenges. Beginning the year with a government shutdown poses unique challenges and thorny issues such as border wall funding are sure to cause budget impasses in the future. But above and beyond the most immediate and contentious issues lies a broad array of policy ideas waiting for bold lawmakers with ambitious agendas.

Many issues remain unaddressed as lawmakers on both sides of the aisle have kicked the can down the road on most major issues ranging from Postal reform to healthcare reform. Social Security used to hold distinction as the “third rail” of American politics, but over the past few Congresses, more issue areas have been declared off limits for members of Congress more interested in surviving contentious midterm elections rather than achieving anything of note. Lawmakers are less bold than ever at a time when federal debt is at an all-time high, and slowing progress on regulatory reform threatens to slow economic growth.

Most pundits and politicians concede that the need for reform is dire, but they also argue that voters in the 2018 midterm elections decisively condemned the Republican agenda and endorsed the Democratic agenda. In truth, the American people are frustrated with the tendency of both parties to spend recklessly and increase costs to taxpayers and consumers through policies that continually grow government.

This year, the Democratic majority has the potential to take the high road of fiscal discipline, transparency, and less red tape. Unfortunately, they’ll have to overcome calls within their own party to implement expensive, onerous new policies. “Progressive” insurgents such as Rep. Alexandria Ocasio-Cortez (D-N.Y.) have proposed destructive plans to tax carbon dioxide and introduce “Medicare-for-all”, which would only further explode the debt and make unrealistic promises on behalf of beleaguered taxpayers.

Meanwhile, Republicans will have to restore leadership to the Senate and work with the majority Democratic House leadership. The GOP will have to overcome their recent reputation for trillion-dollar deficits and reckless earmarking by keeping government expenditures low, while proposing market solutions to reign in federal programs and expand choices for consumers across the country.

To show a better way forward for Republican and Democratic lawmakers, the Taxpayers Protection Alliance (TPA) has prepared 48 recommendations for the new Congress on 15 background areas, ranging from earmark reform to international governmental organization (IGO) funding. Many lawmakers will find these recommendations too difficult to undertake, despite the potential for broad-based, bipartisan appeal. Instead of pursuing issues deemed too “risky” to hone in on, lawmakers have chosen to focus on the more immediate funding tussles that have unfortunately come to define the past few Congresses. But across these policy areas, doing nothing is far riskier- both for the American people over the long-term and for lawmakers’ electoral prospects.