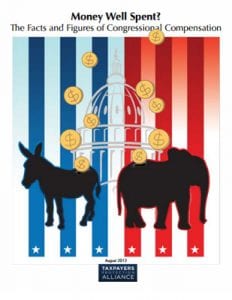 The country is $16.7 trillion in debt (and counting). Many pieces of legislation have gone unfinished including the annual spending bills that Congress has failed to pass for the last several years. During all this financial and legislative turmoil, Congress took 30 days off beginning in August. When they return in September their days are numbered (nine legislative days by one count) as the clock ticks down on another fiscal year. This inactivity is not sitting well with citizens. According to CBS News, “This 113th Congress is on track to become the least productive in history…Congress has passed just 23 laws this year, including one to name a bridge and another to promote fishing in Tennessee’s Cumberland River.” It is no wonder that citizens are frustrated with the failure of their elected representatives in Congress. In fact, a recent Gallup Poll showed that 14 percent of those surveyed “approve” of the way “Congress is handling their job.” This dissatisfaction cuts across party lines.