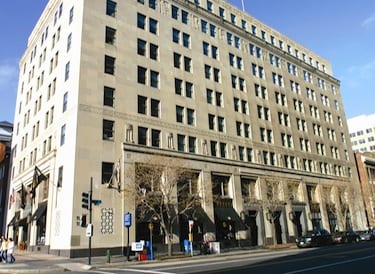 This morning, Taxpayers Protection Alliance (TPA) President David Williams submitted public comments to the Federal Election Commission regarding an Advance Notice of Proposed Rulemaking (ANPRM) that would regulate political speech online. These new rules under consideration by the FEC set a dangerous precedent that severely undermines the political and policy debate process for millions of individuals and groups they are represented by nationwide. TPA takes this matter very seriously as the work we do on behalf of our membership would be greatly impacted by these new regulations. If you would like to file a comment, you still have time as the deadline is Thursday, January 15 (click here).

In the Matter of: Earmarking, Affiliation, Joint Fundraising, Disclosure, and Other Issues (McCutcheon)
REG 2014

The Taxpayers Protection Alliance (TPA) writes today to the Federal Election Commission (FEC) in strong opposition to the Advance Notice of Proposed Rulemaking (ANPRM) that would severely undermine and limit the ability of groups to participate in online political and policy debates.

The new rules would severely restrict the sharing and usage of social media platforms like YouTube, Facebook, and Twitter.  These, and many other social media platforms, have all had an important part in today’s political debates.  These sites have also been utilized as a way for groups to communicate with their members.  The new regulatory measures proposed by the FEC would make it harder for these sites (and many others) to be a part of an overall strategy in the policy and political debates that groups engage in on behalf of their members

The proposed rules are an infringement that goes against every notion of a free and fair process that groups on all sides of the political spectrum have been afforded for quite some time. Limiting participation in online activity also sets a dangerous precedent going forward.

The new regulatory measures being proposed by the FEC would hinder the opportunity for TPA (and others) to contribute to future debates on major policy issues that impact our members and the nation. Online political activity regulations silence debate and should be vigorously opposed by everybody who supports free speech.

TPA believes strongly in the public’s ability to participate in ongoing policy debates that impact the daily lives of all Americans. The FEC rules regulating online political speech would take away the chance for many individuals to have their voice heard.

The Internet has become such an important tool for driving the economy and connecting individuals worldwide, but it has also become a major part of the political and policy debates that are ongoing today. TPA has a number of videos on YouTube, and those videos have also been on multiple websites including Facebook and Twitter. The new rules in the FEC’s ANPRM would likely impact where those videos are placed, if at all.

Finally, these new FEC rules open a dangerous door with new regulations on the Internet. There have been attempts by the Federal Communications Commission (FCC) and the Obama Administration to enact net neutrality regulations, and while the focus of these new regulations from the FEC would apply to online political activity, there is no guarantee they won’t be used as a basis for greater regulatory imposition on the Internet.

Today’s debates are filled with lively thought and discussion from stakeholders on all sides. Facebook, YouTube, and many other social media platforms are critical in impacting debates on politics and policy. The FEC rules proposed to regulate online political speech would limit the ability of groups (and thus individual members) to participate in these debates.

TPA urges the Commission to reject these new regulations and ensure that all citizens have the right to continue to participate in the important debates we have now and we will have in the future.   TPA would like the opportunity to testify on this matter when the Commission holds their hearing on the ANPRM on February 11, 2015.  Thank you for your time.