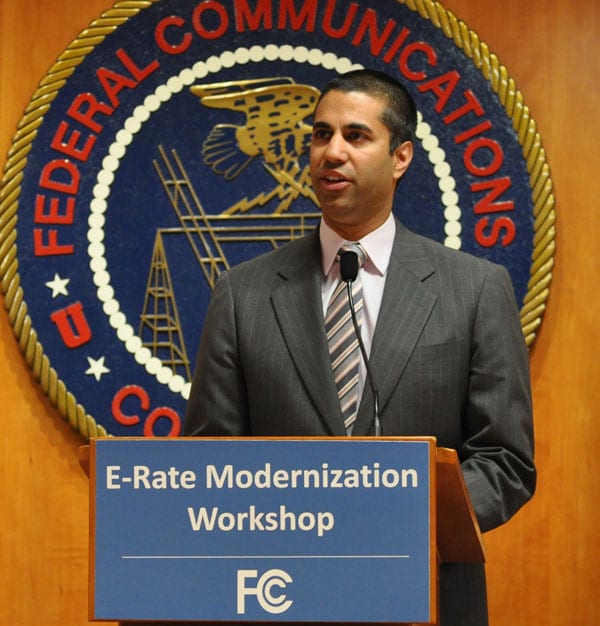 WASHINGTON, D.C. – Yesterday, the Taxpayers Protection Alliance (TPA) commended Federal Communications Commission (FCC) Chairman Ajit Pai on presenting his plans to undo the terrible regulatory burdens ex-FCC Chairman Tom Wheeler imposed on the internet.  The proposal to rescind Wheeler’s Internet Conduct Standards and repeal Title II regulations imposed on the internet are exactly what is needed in order to once again encourage investment in broadband infrastructure and ensure an open internet with more competition and choice for all Americans.

“Today, FCC Chairman Ajit Pai began the process of ensuring a truly free and open internet for all Americans. Getting rid of Tom Wheeler’s Title II regulations for the internet will not only get government out of the way, it will also ensure that the private sector, that has built the internet to where it is today, will continue to be the leading force in the growth of the internet. After 20 years, and trillions of dollars in infrastructure investment, there is no reason for the government to come in and ruin what has been a thriving tool that has changed the way we all live.”

Williams continued, “Chairman Wheeler made repeated attempts to force regulations on the internet that put the government, and unaccountable bureaucrats, in control. Government control and interference has slowed down broadband infrastructure investment and hindered competition and choice. The time to remove the regulatory stranglehold on the internet is here. Chairman Pai understands that a slow-moving government bureaucracy is no match for the dynamic private sector. We hope that this move also puts an end to expensive and unnecessary broadband deployment projects like Chattanooga EPB.”

Williams concluded by saying, “This rulemaking is just the beginning, and there remains a great deal of work to be done in order to ensure that the path toward a truly free and open internet can be preserved for everyone. TPA is prepared to work with Congress and the White House to come up with a permanent solution that achieves the goals laid out by Chairman Pai’s vision for a thriving internet.  This is a major step forward in protecting taxpayers and consumers.”