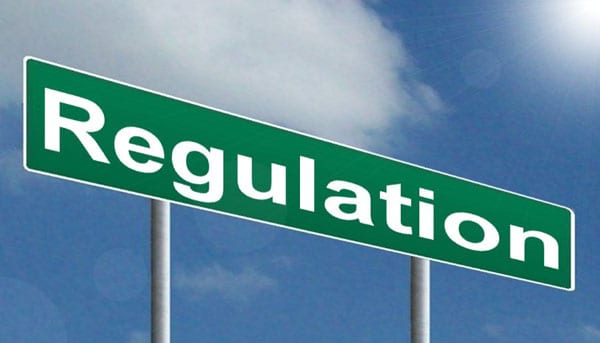 To Benefit from Regulatory Reform, Georgia Must Revamp Judiciary

This is the second of a two-part series on public policy in the Republic of Georgia. On Friday, Taxpayers Protection Alliance policy analyst Ross Marchand  addressed the International Black Sea University in Tbilisi on economic reform in Georgia and the United States.

Since the dissolution of the Soviet Union in 1991, Georgia has transformed into an economic juggernaut hell-bent on reversing communist controls. Reform efforts reached a zenith in the early 2000s with passage of comprehensive deregulatory initiatives that made it easier for businesses to expand and hire in the Caucasus nation. For the first time, Georgian lawmakers allowed workers to work overtime hours, and permitted employees to negotiate the number of hours worked per week with their employers. Additionally, employers would be permitted to fire individuals without the stated permission of their trade union.

While such reforms may seem “harsh” at first glance, allowable flexibility in working conditions makes it easier for businesses to hire individuals. In an environment where individuals can only work a set number of hours and is difficult to terminate, employers will rarely “take a chance” on potential employees with spotty records.

These reforms, which mimicked laissez-faire labor laws in the United States, delivered some clearly positive results. National income growth shot up in Georgia, with Gross Domestic Product (GDP) growth exceeding 6 percent in 5 of 7 years following the reforms. In comparison, GDP growth only hit the 6 percent mark for 2 out of the 7 years leading up to reforms, according to World Bank data.

But, reforms did not work entirely as anticipated. Data from the Federal Reserve Bank of Cleveland shows that liberalizing labor market laws allows countries to lower unemployment at a faster rate following an economic recession. Yet, eight years after a peak unemployment rate of 16.9 percent in 2009, Georgia has still not managed to bring unemployment below double digits.

In examining why these reforms haven’t worked in the way they’ve worked for other nations, Georgia should look to their judiciary system.

The Public Defender and Chief Prosecutor’s Offices stated “that after the 2012 parliamentary elections, numerous former business owners and individuals claimed former government officials illegally deprived them of their property. NGOs also reported several cases in which groups claimed the former government improperly used eminent domain or coercion to seize property at unfairly low prices.” In particular, historic property rights in Anaklia, Gonio, and Svaneti were grossly abused, and property was expropriated for the Tbilisi Railway Bypass Project without significant justification.

While the United States has a more independent judiciary than Georgia, the former still regularly violates property rights through the court system. In the wake of the 2005 Kelo v City of New London Supreme Court ruling, the right of localities to seize privately held property for economic redevelopment purposes was affirmed.

As a result, municipalities such as the city of Detroit regularly feel emboldened to lure development dollars in with seized land. As Cato Institute legal scholar Illya Somin has documented, these takings actually contributed to the city’s decline. Seized land has remained idle and/or tied up in failed commercial ventures, with more development ultimately destroyed than created.

While the national picture on the whole is none too encouraging, the United States’ federal structure emboldens states to go their own way. And, in the aftermath of the disastrous Supreme Court decisions, states took matters into their own hands in fighting eminent domain. Arizona, for example, passed a voter referendum in 2006 requiring a judicial determination that “blighted” and/or “slum” property under takings consideration poses a “direct threat to the public.”

Authorities must make this determination for each and every parcel under consideration, rather than making a broad determination in one fell swoop. Alabama has even stricter regulations, making state-level eminent domain all but impossible. These reforms have resulted in more efficient land use, and have given businesses greater confidence in relocating to these states.

There is quite a bit Georgia can learn from these state-level responses to federal private property abuses. Local authorities must realize that property protections embolden the economy as a whole over the long run, even if shiny new projects take a backseat. By allowing localities to restrict government takings, and by introducing judicial mentorship programs with experienced judges from Western nations, Georgia can take a large step toward an impartial, efficient judiciary.

With a revamped justice system, deregulation will finally have teeth, as businesses gain the confidence to permanently expand in the country. With these small, common sense reforms, Georgia can construct an economy that works for entrepreneurs, farmhands, and business heads alike.