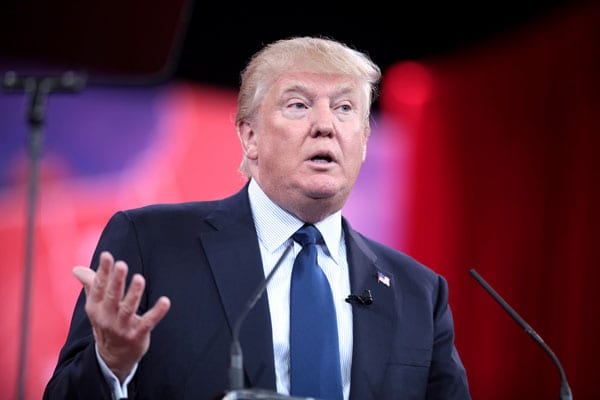 WASHINGTON, D.C. – The Taxpayers Protection Alliance (TPA) has a mixed evaluation of President Donald Trump’s speech to Congress and the American people. With a national debt nearing $20 trillion, spending is out of control. TPA is disappointed that President Trump has called for more Defense spending. TPA is also disheartened that he did not address Washington’s runaway spending. Taxpayers should be encouraged that the President is committed to comprehensive tax and regulatory reform.

Tax reform must be a top priority for Congress and the President and TPA was pleased to hear that comprehensive tax reform will be addressed in 2017.  The tax code contains more than 2 million words and the corporate tax rate is nearly 40 percent, the highest among industrialized nations.  President Trump remarked that, “My economic team is developing historic tax reform that will reduce the tax rate on our companies so they can compete and thrive anywhere and with anyone. At the same time, we will provide massive tax relief for the middle class.”  TPA is concerned that the President may still be considering a Border Adjustment Tax (BAT) as part of his tax reform plan.  The BAT will increase the cost of goods and hinder free trade.

The President completely dropped the ball on spending reform.  Trump mentioned saving the Pentagon millions of dollars on the F-35 but did not address the deficit or debt.  In fact, he said that, “To launch our national rebuilding, I will be asking the Congress to approve legislation that produces a $1 trillion investment in the infrastructure of the United States.”

The President said his budget, “eliminates the Defense sequester, and calls for one of the largest increases in national defense spending in American history.”  This is irresponsible considering the billions of dollars worth of earmarks contained in the annual spending bills and the fact that the Pentagon has yet to undergo an audit

The President did address regulations.  “We have undertaken a historic effort to massively reduce job‑crushing regulations, creating a deregulation task force inside of every Government agency; imposing a new rule which mandates that for every 1 new regulation, 2 old regulations must be eliminated; and stopping a regulation that threatens the future and livelihoods of our great coal miners.”  In particular, President Trump is right about the Food and Drug Administration, it is time to reform that agency and allow innovations in health and medicine and technology to flourish!  Trump’s attention to regulatory reform is good news for individuals and businesses that are being crushed by regulations.

Unfortunately, President Trump did not address entitlements. There is a real danger of entitlement programs becoming insolvent if structural reform is not put in place sometime in the next several years. The problem with our debt and deficits will never be truly solved until Congress and the White House take on entitlement reform.

TPA has the resources to help the new President as he and his administration. TPA released the Roadmap to Fiscal Sanity in January, which puts forward an aggressive reform agenda for Congress.  The publication focuses on 14 different policy areas where reform is needed to help reduce the size of government, cut spending, enact tax reform, and help get the economy back on track.

This speech is the first step on the long road to addressing the country’s fiscal mess.