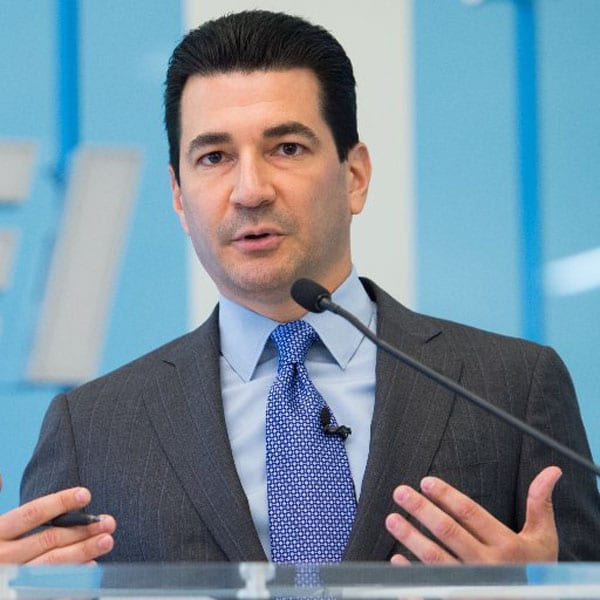 New Leadership At The FDA Is Just What the Doctor Ordered

While there has been endless coverage of the changes taking place in the Executive Branch under the new Trump Administration, there are still some very critical posts and appointments that have received little or no coverage. For example, the nomination of Dr. Scott Gottlieb as the next Commissioner of the Food and Drug Administration (FDA) could have a lasting impact on innovation and health.

Dr. Gottlieb is a scholar, a physician, and has prior experience at the agency – he also understands that the FDA impacts the lives of all Americans.

The FDA has been operating inefficiently for many years, stifling innovation and making questionable decisions on agency process as it relates to the core functions of the FDA. New leadership is exactly what is needed, and Dr. Gottlieb could have a strong impact on making the positive changes needed in order to foster innovation and progress in many sectors where the FDA plays a meaningful role.

Dr. Gottlieb’s prior experience at the FDA will be helpful in his understanding of the strengths and weaknesses of the agency. In 2004, while serving as a Deputy Commissioner of the FDA, Dr. Gottlieb helped create the Critical Path Initiative, with the goal of fixing a process that was falling behind and harming public health. The report noted that, “the medical product development process is no longer able to keep pace with basic scientific innovation.”

This is critical to understanding one of the very real and very detrimental problems the agency must address immediately.

The process by which the FDA determines the eligibility of  products to go to market has been lacking in terms of public health specifically in the area of harm reduction. The harm reduction space is fairly new but extremely important in that the advances and products being introduced could have a long-lasting impact on the choices that consumers are making in a market where new products should be flourishing.

In particular, tobacco products are where harm reduction could take a giant leap forward if innovation is fostered, not discouraged. Over the last several years the tobacco industry has shifted from traditional products to develop and bring new products to the market that will give consumers more choice and control over their own health. Whether it’s e-cigarettes, vaping, or “heat not burn” products, innovation should be applauded and encouraged. But, instead, the FDA has been utilizing a process that has pushed this kind of innovation off to the side.

The manner in which the FDA has determined the eligibility of products to go to market was born out of compromise and legislation that, as Gottlieb wrote, would:

“…create a path to enable cigarette makers to transition away from smoked tobacco and win government approval of consumable products that used tobacco but presumably harbored less, and perhaps even none of the health risks posed by smoking.”

The lofty goals and good intentions seemed only to work from one side, as the government and FDA regulators have slow-walked the approval process. The FDA should do their part and execute an approval process that asks the responsible questions and calls for the scientific evidence to back up any claims made. Instead, the FDA has taken 180-day periods of approval and turned them into years of research and development and mountains of paperwork simply to say “no.”

Allowing the approval process of new products to work in a way that gives clear guidelines in terms of time and requirements would be clear step forward. As for writing their own rules, the FDA should also resist stop creating unreasonable and unscientific regulations without stakeholder input aimed at singling out industries and harming the very rural communities that have struggled in this economy.

The FDA has been lagging on medical device inspection in the United States, which harms consumers and local economies. This is not how innovation works; this is not how to promote choice and better health in the consumer market.

Simply put, Dr. Gottlieb has been on the right side of FDA process reform for more than a decade. He has the chance to take the FDA in a new direction that will be good for consumer choice, medicinal advancement, and harm reduction. All three of which will benefit the health of our nation going forward.

Taxpayers and consumers deserve nothing less than an efficient bureaucracy that promotes innovation and choice.