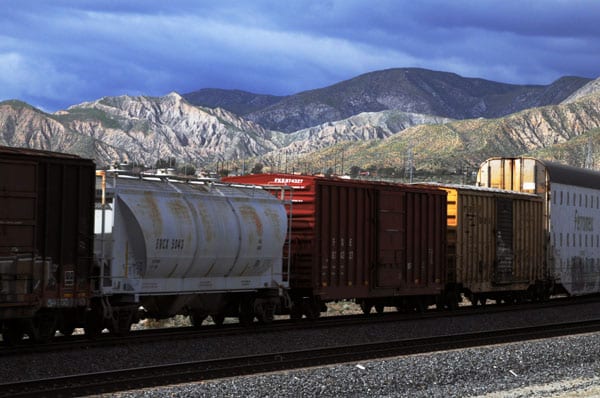 Instead of subsidized transit, lawmakers should look to private rail

This article originally appeared in the Washington Examiner on May 29, 2018.

In December, an inaugural Amtrak trip from Seattle to Portland ended in disaster, as thirteen train cars derailed and caused a smoldering ruin over I-5.

Amtrak is hardly the only passenger rail vessel to encounter safety issues; the Washington, D.C. metro system has had multiple fires and crashes costing many lives over the years. These events almost always lead to calls for more public funds, even when subsidized systems have a myriad of ways to access cash.

For instance, the Washington Metropolitan Area Transit Authority recently benefited from private funds from Qatar to stay open after a sporting event in downtown Washington, D.C. But taxpayers would be wise to look to another model of doing things.

Privately-funded freight rail systems, adding more than $250 billion to the U.S. economy every year, are safer and more efficient than taxpayer-funded rail. Private rail is also employing cutting-edge technology to improve logistics. So, instead of pointing figures and ramping up spending on vanity projects like streetcars and mismanaged public transportation systems, politicians should look to private funding and a cutback of red tape as the way forward for American railways.

Safety is an excellent example of how the private sector is leading the way. When trains traverse the many twists and turns of intracity routes, even a tad too much speed can cause catastrophic derailments. For this reason, train systems around the world make use of positive train control, which automatically slows down trains chugging along too quickly. As early as 1970, the National Transportation Safety Board recommended PTC as a way of preventing devastating incidents caused by speeding.

According to the popular narrative, industry repeatedly dragged its feet in PTC implementation, pressing Congress for delays after lawmakers mandated the technology on railroads in 2008. But in fact, the railways least touched by government intervention have made the most progress in safety technology. According to fresh data from the Federal Railroad Administration, all major freight railroads are now nearly complete in installing PTC systems, despite the gargantuan cost and meticulous planning details associated with implementation.

Unfortunately, passenger rail has not been nearly as promising. PTC systems are in place on only a quarter of all required rail miles, with little progress over time. Amtrak, the only intercity passenger rail player in the U.S., has little incentive to adapt a proactive approach to safety issues. Amtrak’s continued subsidization by the federal government, coupled with its monopoly on intercity tracks, gives little incentive for the company to operate in the best interests of customers. Amtrak policies that delegate safety training to management employees with little experience receive little pushback from the outside because of Amtrak’s entrenched position within the transportation industry.

Union officials receive little pushback for encouraging members to not cooperate with safety regulators. The detection of “’several possible failures by Amtrak employees’ to comply with federal regulations and Amtrak’s own procedures” may scare some customers off temporarily, but is unlikely to alter the federal funding arrangement that has been in place since 1971 (especially considering a former Vice President is a staunch and outspoken supporter of Amtrak).

The failed status quo, however, hasn’t stopped subsidy advocates from deflecting blame. Supporters suggest the issue is insufficient funding, despite hundreds of millions of dollars allocated by Congress for new safety technology. In many areas (especially routes where Amtrak already turns a profit), the company already has PTC components in place. The issues are bureaucratic delays, inadequate safety communication, and spectrum communication, not a lack of funding. And if Amtrak believed that the $1 billion in annual subsidies was insufficient for basic safety upgrades, it could always raise ticket prices.

While Amtrak’s safety and customer service situation is dire, the experience of freight rail provides a useful model for the future. The threat of competition, coupled with all-private funding, keeps freight companies safe and nimble. A gradual phase-out of Amtrak’s subsidies and an end to railway monopoly privileges would mean that the company would need to prove its worth to customers.

Improving rail overall in America also requires slashing onerous requirements on freight rail that prevent further investments in technology. Legislation to mandate crew-size operations, for instance, is directly counter to private market innovation. With a comprehensive set of reforms, Congress can prove its commitment to safety and efficiency on America’s railroads.